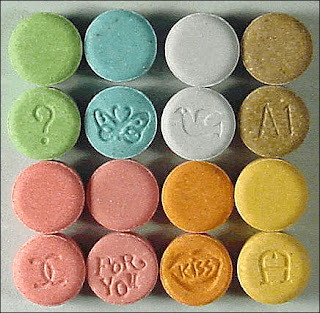 I’ve done a couple of posts about cases in which law enforcement officers’ use of OnStar listen in on conversations occurring in a vehicle violates the 4th Amendment.

As I explained in the post I did last year, a defendant in this situation is arguing that the use of OnStar to track his/her movements constitutes a “search” under the 4th Amendment and therefore must be done pursuant either to a search warrant or a valid exception to the warrant requirement.

This post is about a case that involved a different use of OnStar: using it to track someone’s movements in a vehicle. The case is U.S. v. Dantzler, 2010 WL 2740003 (U.S. District Court for the Western District of Louisiana 2010), and this is how it arose:

Riley D. Dantzler came to the attention of area law enforcement agencies . . . during their investigation of narcotics distribution . . . in Morehouse Parish, Louisiana. . . . [T]he investigation uncovered that Dantzler of Houston was the supply source for crack cocaine, powder cocaine, and marijuana for the Bastrop area. . . .

[T]he [Morehouse Parish Sheriff’s Office] (MPSO) learned . . . Dantzler would be delivering . . . cocaine to Morehouse Parish. The investigation revealed that . . . Dantzler had rented a 2009 Chevrolet Tahoe bearing Texas License STY440 and VIN 1GNEC23X9R232443 from Enterprise Leasing of Houston. The Tahoe was equipped with the OnStar Global Positioning System that was serviced by OnStar, with an account in the name of Enterprise Leasing of Houston, Texas. . . .

On December 11, 2009, at approximately 3:00 p.m., Balsamo contacted Trooper Crooks, and told him that, according to OnStar, Dantzler was en route to Louisiana from Houston. . . . Troopers Crooks and Jordan traveled to Haughton, Louisiana . . . and at . . . initiated surveillance for Dantzler at milepost 33 of Interstate 20, on the eastbound entrance ramp. Some 50 minutes later, an OnStar representative contacted Crooks on his cell phone and helped him identify Dantzler's vehicle as it passed the troopers' location. Crooks entered the interstate, caught up to the Tahoe, and confirmed the vehicle's license plate number. . . . At . . . 5:30 p.m., Crooks contacted Trooper Peters and advised him Dantzler was eastbound on I-20, and possibly transporting . . . cocaine.

After he was indicted on federal drug charges, Dantzler moved to suppress all the evidence seized from the Tahoe, which resulted in the federal district court judge’s addressing the issue as to whether the OnStar monitoring of Dantzler’s movements constituted a “search” under the 4th Amendment. U.S. v. Dantzler, supra. Since the monitoring was not conducted pursuant to a search warrant or an exception to the warrant requirement, it would violate the 4th Amendment – and the evidence would be suppressed – if the monitoring was, in fact, a search. U.S. v. Dantzler, supra.

In ruling on this issue, the federal judge therefore had to decide if the OnStar monitoring was a search. As I’ve noted in an earlier post, most courts have held that using GPS devices to track someone’s movements isn’t a 4th Amendment search under the Supreme Court’s decision in U.S. v. Knotts, 460 U.S. 276 (1983). As I noted in those posts, the Knotts case involved law enforcement’s use of a “beeper” (1980s technology) to track Knotts movements along public highways. The Knotts Court held that doing this wasn’t a 4th Amendment search because you have no reasonable expectation of privacy in your movements in public places.

The Knotts Court applied the test the Supreme Court enunciated in Katz v. U.S., 389 U.S. 347 (1967) in holding that monitoring the beeper wasn’t a search. As I’ve noted in other posts, under Katz, I have a 4th Amendment expectation of privacy in a place or thing if (i) I subjectively believe it’s private and (ii) society accepts my belief as objectively reasonable. The Katz Court held, as I’ve noted before, that it was a search for the FBI to intercept calls Katz made from a phone booth because (i) Katz believed the calls were private and (ii) society in the 1960s found that belief to be objectively reasonable.

The judge also relied on the Supreme Court’s decision in Smith v. Maryland, 442 U.S. 735 (1979), which, as I’ve noted, held that you have no expectation of privacy in information you knowingly share with a third party. In Smith, the Court held that Smith had no 4th Amendment expectation of privacy in his phone records (calls made, calls received) because he knowingly shared that with the phone company.

Now, back to Dantzler: The federal judge found that he could not “satisfy either prong” of the Katz test used to determine if someone had a reasonable expectation of privacy:

First, although [Dantzler] . . . leased the Tahoe, and thus enjoys some . . . possessory interest therein, he has not adduced any evidence that he subjectively believed his movements in the vehicle would remain free of monitoring -- either visually or electronically, given the preexisting installation of the OnStar system in the vehicle. For instance, there is no evidence that Dantzler did not know that the GM-manufactured Tahoe was installed with the OnStar system. There also is no evidence that Dantzler's rental agreement with Enterprise or OnStar's subscription agreement with Enterprise, precluded monitoring of the vehicle's travels via GPS or disclosure of real-time monitoring data to third-parties, including law enforcement.

no more information than law enforcement officers could have observed from constant surveillance of the vehicle from the time that it was rented in Houston until the time of the stop. . . . Moreover, this is not a case where authorities physically installed a tracking device on [Dantzler’s] vehicle. Rather, the officers merely accessed information that defendant's rented vehicle had transmitted to a third-party monitoring service.

U.S. v. Dantzler, supra. The federal judge then explained that Dantzler either

knew or should have known that he was renting an OnStar equipped vehicle that was capable of transmitting the vehicle's location to a monitoring service. As a result, [he] accepted the risk that the information that the tracking system transmitted to the third-party monitoring service could be forwarded to others. See Smith v. Maryland. . . .

U.S. v. Dantzler, supra. The judge then held that

[Dantzler] has failed to establish a reasonable expectation of privacy in the movements of his OnStar-equipped rental car as it traveled upon public thoroughfares, and thus, the authorities' solicitation and receipt of tracking information from a third-party monitoring service subscribed to by the vehicle owner did not constitute a `search’ . . . under the Fourth Amendment.

Dantzler also challenged the validity of the court order that required OnStar to track the Tahoe’s movements, but he lost on this argument, too:

Although [Dantzler] trumpets the fact that the court order was issued to a Michigan corporation, for a vehicle that was rented in Texas, there is no evidence that Louisiana law enforcement officials acted upon any information provided by OnStar until the vehicle approached the Louisiana border. It was not until the vehicle passed the officers' surveillance point in Louisiana that an OnStar representative actively assisted the state trooper to confirm that the vehicle had passed his vantage point.

U.S. v. Dantzler, supra. I don’t have access to Dantzler’s brief, so all I know is what the judge says in this opinion. According to the judge, Dantzler argued that the evidence had to be suppressed “because the court order issued herein exceeded the jurisdictional boundaries of the issuing court under Louisiana law.” U.S. v. Dantzler, supra. The judge did not directly address this issue because he found that the issue Dantzler’s motion to suppress raised wasn’t “whether the state officials’ actions in arresting him were `lawful’ under state law”, but was whether “the actions of the state officials” violated the 4th Amendment. U.S. v. Dantzler, supra.

Posted by Susan Brenner at 4:18 PM

Long time reader, thanks for the blog.

I'm a layman and I'm not a law student, however I am genuinely interested in being able to access case law (i.e. People vs Smith, USA vs Smith) and see the appeals.

What services do you use? Is there a way I can access this information via the internet? For per-usage price? For free? Cheap monthly fee?

I have already tried pacer, but the information you have access to seems more refined.

Any resources would be helpful :)

Well, I have to plead ignorance. My law school, like others, has contracts with Lexis and Westlaw, so I access both via the law school's contract.

I just checked, and you can access Westlaw via credit card:

I don't know how costly it is to access either via credit card, but I'm sure if you go to either site you can at least get a sense of the pricing.

You can also access opinions (at least some of the time) by finding them on the court's website . . . so if you Google the court, you may be able to locate the opinions online.

I know there are other online database services, but I don't know anything about them.

You could also access a law library -- at a law school or maybe local bar association -- and see if they have some way you could access cases and statutes.

You can find most Supreme Court opinions and many lower court decisions at scholar.google.com. A search for Smith v. Maryland returned the Supreme Court opinion here http://scholar.google.com/scholar_case?case=3033726127475530815 and a quick once-over from that case gave the citation for the Maryland Court of Appeals, 389 A.2d 858. I did another search for this citation and was able to find that decision as well http://scholar.google.com/scholar_case?case=5822707069480975840. Like all things Google, Scholar is a free alternative to Westlaw, Lexis, or PACER. Hope that helps!

PACER is free for some parts and very cheap for others. I think the part that allows you to access court orders is free, but to download / read any of the other pleadings in a case costs a few pennys a page or something real cheap like that.

I am amazed, time & time again, and just how many of these fools allow the cops to search their cars on traffic stops. I always tell them, rather rudely since I am getting a ticket anyways, to bite me or "do i look stupid to you? you'll probably just plant something in here." Then some moron cops will respond by saying, "you don't have anything to hide, do you?" And i respond by telling them that an innocent man has more to fear from the police than a guilty person does.

some attorney in the west part of Texas used to have a highway billboard that said "say 'no' to searches", along with his phone number. The state made him take it down.

Thanks for posting all the helpful information.

I was looking at a website today and a real person find GPS attached to their friends car.

Always paying attention to this GPS stuff. It's funny how the law and what you perceive is right don't go hand in hand.