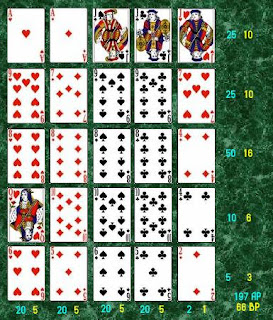 I’ve done posts on evidentiary use of materials posted on MySpace, but this is about something different: using MySpace as an alibi. It’s the only case I’ve found in which someone used (tried to use) MySpace (or Facebook, or a similar site) as an alibi.

As Wikipedia explains, in law an alibi is a “mode of defense under which a defendant proves or attempts to prove the person was in another place when the alleged act was committed” and is therefore innocent. As this website explains, when a defendant raises an alibi defense, that “does not shift the burden of proof away from the prosecution . . . to prove every element of the crime” with which the defendant is charged. As it also notes, the defendant has to raise the alibi and it is then up to the prosecution to disprove it beyond a reasonable doubt.

On December 1, 2008, about 11:00 p.m., Alvaro Ortega started to enter the lobby of his apartment building. There was a man in front of him opening the door and a man behind him. The man behind him grabbed him and pushed him into the door. Ortega threw his elbow at the man and in doing so turned around. Ortega later identified the man who grabbed him as [Daniel Calderon] The other man pulled a handgun partially out of his pocket.

[Calderon] yelled at Ortega in English. Ortega did not understand him. Ortega was in fear for his life. [Calderon] pulled Ortega's iPhone out of his pocket and kicked him. Ortega leaned against the wall. One of the men kicked him in the chest. He fell to the ground and was kicked. Ortega then felt a blow to his head with a hard object that he believed was the gun. The men took his property and ran off.

Mario Cabrera was getting out of his car near the apartment building. He saw two men running away. . . . Ortega yelled for help. When Ortega and Cabrera were closer . . . Ortega said he had been robbed. He asked Cabrera to call the police. Ortega's nose and mouth were bleeding. He had cuts on his head and his mouth. . . . Cabrera called 911 and stayed with Ortega until the police came.

Ortega told police the robbers were two Hispanic males about 18 to 19 years old. They were both about five feet six inches tall and weighed about 145 pounds. One was wearing black pants and a black hoodie, the other a white t-shirt and blue pants. He said the one in black had the gun. The one behind him at the start of the robbery was slightly shorter and skinnier.

Two days after the robbery, police showed Ortega a book containing about 600 photos. [Calderon]'s photo was in the middle of the book. When Ortega reached it, he slowed and put his finger on that page. He finished looking through the book, then returned to the page with [Calderon]'s photo and identified [Calderon] as one of the robbers. . . .

People v. Calderon, supra. Calderon was charged with and convicted of one count of second degree robbery in violation of California Penal Code § 211 and one count of assault with a deadly weapon in violation of California Penal Code § 245. People v. Calderon, supra. He appealed, raising several issues, only two of which we’re concerned with.

One is Calderon’s argument that the trial court erred in giving the jury this instruction:

`If you find that the defendant failed to explain or deny any evidence against him introduced by the prosecution which he can reasonably be expected to deny or explain because of facts within his knowledge, you may take that failure into consideration as tending to indicate the truth of this evidence and as indicating that among the inferences that may reasonably be drawn therefrom those unfavorable to the defendant are the more probable.’

People v. Calderon, supra (quoting California Jury Instructions—Criminal No. 2.62). In addressing this argument, the Court of Appeals explained that

People v. Calderon, supra. The Court of Appeals agreed with Calderon that there was

no evidence which he failed to explain or deny. To the extent that respondent contends that appellant offered an alibi which was implausible or bizarre, we do not agree. [Calderon] testified that he was on the computer playing poker through the website MySpace at the time of the crimes in this case. Records from that website showed that someone logged on [his] account at 11:03 p.m. on December 1, 2008, the night of the robbery and assault in this case. [Calderon] testified that he did not share his MySpace password with anyone. There is nothing implausible or bizarre about this alibi.

The Court of Appeals then turned to the second argument we’re concerned with: Calderon argued that the prosecutor “committed prejudicial misconduct during closing argument by communicating to the jury that [Calderon] had the burden of proving his alibi, and that this error violated his federal constitutional rights.” People v. Calderon, supra. The Court of Appeals explained that a prosecutor’s conduct violates the 14th Amendment to the U.S. Constitution “when it infects the trial with such unfairness as to make the conviction a denial of due process.” People v. Calderon, supra.

But I want to point this out to you: By acquitting this defendant of these charges and accepting his explanation that at 11:04, he was in his motel room on a laptop logging into MySpace playing poker that you acquit him of these charges, then you are necessarily accepting the defendant's version of events. You are finding that that is, in fact, what he was doing.’ (Italics added.)

Following [Calderon’s] objection, the prosecutor continued: `You have two versions of the events. You have the defendant's, which I've already gone over for you. It's not credible.’

In his closing argument, the prosecutor argued that [Calderon] was not credible, and that someone else at [his] motel could have logged into [Calderon’s] MySpace account for him, or that [Calderon] could have logged in from another location. The prosecutor then reminded the jury that in order to convict [Calderon], `you must find beyond a reasonable doubt that [he] committed these five . . . elements of a robbery. And I want to go through them and submit to you that all five elements have been proven.’ . . .At the conclusion of the argument, the prosecutor stated, `I submit to you that it's been proven beyond a reasonable doubt’ that [Calderon] robbed the victim. . . . Thus, the prosecutor twice clearly told the jury that the People had the burden of proving appellant's guilt.

People v. Calderon, supra. The court explained that in responding to the prosecutor’s argument about the log in, Calderon’s attorney directed the jury’s attention to another instruction, one that told them that “if there are two reasonable interpretations of circumstantial evidence, and one points to the defendant's innocence and the other to guilt, the jury should adopt the one that pointed to innocence.” People v. Calderon, supra. The Court explained that in the language italicized above, the prosecutor was responding to this defense argument, arguing that for this instruction to apply and “require an acquittal, the jury would have to find that [Calderon’s] explanation of the log in was reasonable.” People v. Calderon, supra (emphasis in the original).

The Court of Appeals found that this was “a correct statement of the law. The prosecutor’s argument cannot reasonably be understood as telling the jury they could only acquit if [Calderon] had proven his alibi.” People v. Calderon, supra (emphasis in the original). So Calderon lost on both of these issues. (He won on another issue, though, which resulted in his sentence being reduced from six years to five.)