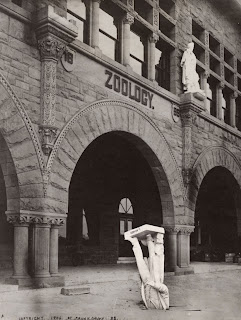 A little over a year ago I did a post on the 9th Circuit's decision in the Comprehensive Drug Testing case.

As I explained in those posts, in the CDT case the 9th Circuit not only rules on the admissibility of certain evidence, it also set out a set of procedures police were required to follow in searching for and/or seizing digital evidence. In one of my posts on the case, I noted that I really didn't see how the 9th Circuit (or any court, for that matter) had the Constitutional authority to create such procedures and enforce them on law enforcement. In another, I speculated about the extent to which the procedures were analogous to what the Supreme Court did in the 1960s in the Miranda case, which also, of course, specified procedures police must follow in gathering evidence.

According to Wired, the 9th Circuit issued a new decision on rehearing the case in which it backed off on the prescribed digital evidence procedures. I haven't read the case yet, but I might do a post on it, depending on how much, if at all, it says about the earlier decision to prescribe procedures the current decision to back off of them.

The Wired story has a length to the 58-page opinion, if you'd like to check it out for yourself.

The caption of the opinion reads thusly:

So, who were the judges that decided this case? How is that the case was "before" some judges but the Per Curiam Opinion lists others?

Well, that's a good question . . . and not being a federal appellate lawyer, I'm pretty much out of my depth here.

This is all I can tell you:

The August 2009 opinion, which was the focus of my prior posts, was a decision issued after the 9th Circuit had granted rehearing en banc of an earlier panel decision.

After the 9th Circuit issued the en banc decision, the U.S. government moved for rehearing . . . which was followed by the filing of various motions, briefs, etc. . . . and some orders by Judge Kozinski that delayed ruling on the requests for rehearing (but, he says in one docket entry, stayed the running of the time to file for a petition of certiorari to try to take the August 2009 decision to the Supreme Court).

Then there is no docket entry announcing that rehearing (in any form) had been granted (which I kept looking for) . . . which is accompanied by this docket entry:

What I think happened (being, as I said, pretty ignorant of the intricacies of federal appellate procedure) is that they didn't grant rehearing . . . they just revised the en banc opinion to delete the "procedures" the government found offensive.

But the opinion is per curiam. I was under the impression that when the en banc court ruled, named opinions were typically issued. Very confusing indeed.

I know . . . I haven't an explanation, maybe someone else will.