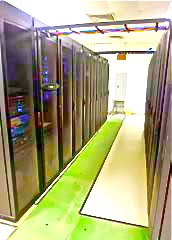 I’ve done several posts on authenticating digital evidence, including evidence from online sources. This post is about a case in which a federal district court judge was called upon to rule on the potential admissibility of digital evidence in a context I haven’t addressed before.

The case is U.S. v. Cameron, __ F.Supp.2d __, 2010 WL 3238326 (U.S. District Court for the District of Maine 2010) and it involves a motion in limine. As Wikipedia explains, a motion in limine “is a motion made before the start of a trial requesting that the judge rule that certain evidence may, or may not, be introduced to the jury in a trial.”

The motion in limine in this case was filed by James Cameron, who had been indicted on federal charges of transporting, receiving and possessing child pornography. U.S. v. Cameron, supra. Cameron’s motion in limine asked the judge to “exclude from trial digital images and other related material derived from Yahoo!, Google, and the National Center for Missing and Exploited Children (NCMEC).” U.S. v. Cameron, supra. This is the context from which the motion arose pursuant to a:

mandatory reporting requirement in 18 U.S. Code § 2258A, Yahoo! made twelve reports to NCMEC that [it] had detected the transmission of child pornography by Yahoo! subscribers to Yahoo! photo albums. An investigation followed. NCMEC transmitted a report of its findings with attached digital materials to Maine law enforcement authorities and as a consequence, five search warrants were issued: two state search warrants and three `non-conventional’ search warrants. Maine law enforcement officials executed the state search warrants and searched Cameron's office and home computers; unidentified Yahoo! and Google technicians executed the `non-conventional’ search warrants of the computer servers. Evidence of child pornography was uncovered during the search of these computers and computer servers, and an indictment . . . followed. Cameron expects the Government will be unable to produce as witnesses any Yahoo! or Google technicians with personal knowledge about Yahoo! or Google's collection of the digital evidence.

U.S. v. Cameron, supra. The judge noted in a footnote that Cameron referred to the three warrants as “non-conventional warrants” because

the government availed itself of the provisions of 18 U.S. Code § 2703(g) (providing that `the presence of an officer shall not be required for service or execution of a search warrant issued in accordance with this chapter requiring disclosure by a provider of electronic communications service or remote computing service of the contents of communications or records or other information pertaining to a subscriber to or customer of such service’).

U.S. v. Cameron, supra. In his motion in limine, Cameron divided the digital evidence he believed the government would produce at trial into two categories, “based on source":

The first and second are what Yahoo! sent to NCMEC when it first reported it had found illegal pornography on what the Government says is Cameron's computer and what Yahoo! found when it executed the search warrant executed pursuant to 18 U.S. Code § 2703(g). Turning to the first category, he explains that . . . Yahoo! `made 12 reports (including attachments of digital images and video clips found under various “profiles”) to NCMEC.’ He says the Government is expected to move for the admission of that digital evidence at trial as purported proof that Cameron received and/or transmitted illegal pornography over the internet during an 18-month period. . . .’ Cameron then refers to a separate set of Yahoo! evidence: the material Yahoo! technicians compiled in response to a search warrant the Court issued under 18 U.S. Code § 2703(g). Cameron contends the Government will seek to introduce these images through the testimony of a Yahoo! technician `who does not have personal knowledge of the electronic evidence seizures.’

A second source is NCMEC, which received the Yahoo! reports of child pornography, evaluated it, and sent a report to state authorities in Maine. Cameron states that the Government will call a NCMEC witness, who will have general knowledge of its procedures but will have no personal knowledge of `the collection of the digital evidence by Yahoo! technicians.’ Cameron thus anticipates that the Government will seek to introduce evidence in each of these categories by proffering a foundational witness with general knowledge of Yahoo!'s business practices but no personal knowledge about the nature of the search that led to the discovery of these images.

Cameron argued that the child pornography seized by Yahoo! had to be excluded because allowing the government to introduce “`incriminating evidence with testimonial qualities by means of a documentary exhibit’” would violate his 6th Amendment right to confront witnesses against him. U.S. v. Cameron, supra (quoting Cameron’s motion). In making this argument, Cameron relied on the Supreme Court’s decision in Melendez-Diaz v. Massachusetts, 129 S.Ct. 2527 (2009), in which the Court held a defendant had a 6th Amendment right to confront state laboratory analysis who had certified that a substance found in his possession was cocaine. Cameron analogized the Yahoo! technicians to the forensic analysts in Melendez-Diaz, and argued that he had the absolute constitutional right to cross-examine them. U.S. v. Cameron, supra. The prosecution argued that the 6th Amendment Confrontation Clause didn’t apply here because “the records are non-testimonial business records.” U.S. v. Cameron, supra.

As I’ve noted in earlier posts, Rule 803 of the Federal Rules of Evidence lists several categories of evidence that are “not excluded by the hearsay rule, even though the declarant is available as a witness.” Rule 803(6), which codifies what is known as the “business records exception” to the default rule barring the use of hearsay, says the following evidence is not excluded by the hearsay rule:

A memorandum, report, record, or data compilation, in any form, of acts, events, conditions, opinions, or diagnoses, made at or near the time by, or from information transmitted by, a person with knowledge, if kept in the course of a regularly conducted business activity, and if it was the regular practice of that business activity to make the memorandum, report, record or data compilation, all as shown by the testimony of the custodian or other qualified witness. . . .

Cameron argued that the government should not be allowed to introduce the Yahoo! evidence because it would not “will not call as a foundational witness any of the technicians who actually performed the Yahoo! search” of Cameron's Yahoo! account” but would instead rely on “someone familiar with how Yahoo! goes about such searches, but not someone familiar with how Yahoo! went about this one.” U.S. v. Cameron, supra. The government argued, in response, that its witness “`will establish that the Yahoo! records were kept in the course of a regularly conducted business’” and will “confirm that `when executing the warrants, Yahoo! technicians retrieved all of the information” associated with the screen names the government claimed Cameron used. U.S. v. Cameron, supra.

The judge held that he could “not make a final determination” at this stage of the proceedings but found that the “proffered foundational testimony” the government would rely on was sufficient to justify his denying Cameron’s request to prevent the government from introducing the digital Yahoo! evidence. U.S. v. Cameron, supra. He noted that at trial the “Government need not call each of the technicians who did the search so long as it” presented a witness who can “`explain and be cross-examined concerning the manner in which the records are made and kept.’” U.S. v. Cameron, supra.

The judge also rejected Cameron’s argument that introducing the evidence without letting him cross-examine the technicians who actually conducted the Yahoo! searches violated his rights under the Confrontation Clause:

His objection does not. . . go to the admissibility of the records themselves, only the foundation for their admission. In other words, Cameron does not contend that he should be permitted to cross-examine the people who created the images and writings. Such an objection would necessarily fail because the Supreme Court has concluded that the business records exception does not raise Confrontation Clause issues.

U.S. v. Cameron, supra. The judge noted that if the “Government fails to sustain its burden” at trial of presenting adequate foundational witnesses to justify admitting the evidence under Rule 803(6), the evidence would be excluded – “not because of the Confrontation Clause . . . but because of the foundational requirements of the rules of evidence.” U.S. v. Cameron, supra.

Cameron also made a similar argument as to “the contraband images attached to the NCMEC reports” but lost on this one, too. U.S. v. Cameron, supra. The prosecution argued that the NCMEC records were business records – i.e., non-testimonial evidence – and therefore would be admissible under Rule 803(6) if the foundational requirements outlined above were met. U.S. v. Cameron, supra.

The judge therefore dismissed Cameron’s motion in limine without prejudice . . . which means he can re-raise this issues at trial or at a later point in the proceedings (if that seems appropriate). U.S. v. Cameron, supra.