Emails and the Common Interest Rule 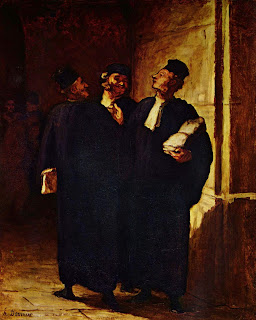 As Wikipedia notes, the attorney-client privilege is

one of the oldest recognized privileges for confidential communications. The United States Supreme Court has stated that by assuring confidentiality the privilege encourages clients to make `full and frank disclosures to their attorneys, who are then better able to provide candid advice and effective representation.

As a recent article explains, “the disclosure of privileged information by a party or a party's counsel to a third person [normally] destroys the attorney-client privilege” but “there is a narrow but important exception to this rule.” Jeffery McPherson, Brian E. Kaveney & Armstrong Teadale, The Common Interest Rule, 66 Journal of the Missouri Bar 20 (January-February 2010).

The exception is known as the “common interest rule” and it

This post is about a civil case in which the applicability of the common interest rule to certain emails. The case is In re Outsidewall Tire Litigation, 2010 WL 2696643 (U.S. District Court for the Eastern District of Virginia 2010) and this is how the issue arose when the plaintiffs in the suit filed a motion to compel certain testimony and evidence:

In their motion to compel, plaintiffs sought testimony from Harjeev Kandhari, a managing agent of the Al Dobowi defendants, concerning an e-mail exchange between nonparty Sam Vance and Harjeev Kandhari. In an e-mail dated March 10, 2007, Vance -- who then as now worked as a consultant for the Al Dobowi defendants -- informs Surender Kandhari that he is required to submit answers to interrogatories in connection with then-pending litigation against him in a Florida court, and asks, `Have you heard anything from the Attorneys?’ and, further, `Is it O.K. to turn in the answers??’ The e-mail chain reflects that the message thereafter is forwarded to Harjeev Kandhari, and he states, `We are still waiting for our attorneys who have all the files,’ but he also says, `I only noticed one thing -- please do not mention the names of Al Dobowi or any of the family members anywhere in your deposition. He has not [sic] right to ask anything about us.’ The final e-mail in the chain is from Vance to his attorney, Scott Peterson, in which Vance forwards the underlying e-mail correspondence with the note, `FYI.’

During plaintiffs' deposition of Harjeev Khandari, plaintiffs' counsel asked whether Kandhari had ever sought to prevent Vance from disclosing the identity of Al Dobowi defendants or Surender, Harjeev, and Jasjeev Kandhari, the three brothers who manage the Al Dobowi defendant entities. When Harjeev Kandhari stated that he did not recall ever having done so, plaintiffs' counsel sought to ask him about the e-mail exchange, which had been turned over by Al Dobowi defendants during discovery. Defense counsel objected to the question on the ground that the e-mail chain contains privileged . . . material and thus it was not admissible for any purpose, including impeachment. Accordingly, defense counsel instructed Kandhari not to answer the question.

After the attorney instructed Kandhari not to answer, plaintiffs filed their motion to compel, which was ruled on by a U.S. Magistrate Judge. He denied the motion, “holding that the e-mail correspondence was not privileged attorney-client communications, but . . . was protected by the `common interest privilege.’” In re Outsidewall Tire Litigation, supra. The plaintiffs essentially appealed the issue to the U.S. District Court Judge who reviews decisions of the Magistrate Judge. In re Outsidewall Tire Litigation, supra.

attorney-client privilege, as that privilege applies `only to [c]onfidential disclosures by a client to an attorney made in order to obtain legal assistance.’ In re Grand Jury Subpoena: Under Seal 415 F.3d 333 (U.S. Court of Appeals for the 4th Circuit 2005). None of the disclosures here in issue were made `by a client to an attorney,’ except for Vance's three-letter `FYI’ comment to his attorney. The substantive communication contained in the e-mail correspondence is between Vance and Harjeev Kandhari, neither of whom are attorneys. Thus, these statements were not disclosures made `to an attorney . . . in order to obtain legal assistance.’ Id. Accordingly, they may not be afforded protection under the attorney-client privilege.

In re Outsidewall Tire Litigation, supra.

It follows from these conclusions that the communications were not privileged in the first instance that the so-called `common interest privilege’ does not protect the e-mail communication between Vance and Kandhari. This is so because it `is “more properly identified as the common interest rule,”’ for it does not create a privilege where one does not otherwise exist. In re Grand Jury Subpoenas 89-3 & 89-4, 902 F.2d 244 (U.S. Court of Appeals for the 4th Circuit 1990) (quoting U.S. v. Schwimmer, 892 F.2d 237 (U.S. Court of Appeals for the 2d Circuit 1989)). Instead, the rule is an exception to the ordinary principle that a privilege is waived when the confidential information is shared with a third party in circumstances where the third party ‘”share[s] a common interest about a legal matter.”” Id. (quoting U.S. v. Schwimmer, supra).

I found this decision interesting because people (including defendants in criminal cases) increasingly use email to communicate with each other and, as we all know, people also have a tendency to forward emails . . . perhaps without thinking about whether or not it might have an adverse on their ability to invoke privilege.

I found seven reported cases – all civil suits -- in which the issue of the common interest rule’s applicability to emails came up, so the question is arising more often than I anticipated when I first read this case. All seven of the cases were decided within the last 7 years: two were decided in 2010 and one each was decided in 2009, 2008, 2007, 2006 and 2003.