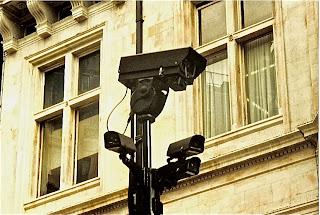 Someone asked me, recently, to do a post about some of the recent cases that have addressed the use of GPS devices to track someone’s movements in a vehicle. It’s been quite a while since I did a post on that topic, so I thought it was time to revisit the issues it raises.

We’ll start with the case that got a fair amount of press attention: U.S. v. Maynard, ___ F.3d ___, 2010 WL 3063788 (U.S. Court of Appeals for the D.C. Circuit 2010). The appeal raised several issues, all of which arose from Antoine Jones’ and Lawrence Maynard’s convictions for conspiring distribute and possessing with intent to distribute cocaine in violation of federal law.

Jones is the one who raised the GPS issue: He argued that his conviction should be overturned “because the police violated the Fourth Amendment prohibition of “unreasonable searches” by tracking his movements 24 hours a day for four weeks with a GPS device they had installed on his Jeep without a valid warrant.” U.S. v. Maynard, supra.

The D.C. Court of Appeals noted that it had to consider two issues in ruling on Jones’ argument: (i) was the use of the GPS device a “search” under the 4th Amendment and (ii) if it was a search, was the search “reasonable,” i.e., conducted pursuant to a search warrant or an exception to the warrant requirement. U.S. v. Maynard, supra.

In a post I did years ago, I noted courts had consistently held that using a GPS to track someone’s movements in their vehicle wasn’t a 4th Amendment search based on the U.S. Supreme Court’s decisions in two cases: U.S. v. Knotts, 460 U.S. 276 (1983) and U.S. v. Karo, 468 U.S. 706 (1984). As you can see, both decisions are well over twenty years old, which means the facts at issue were even older and the technology involved (“beepers” installed on vehicles and a container of chemicals) was very primitive by today’s standards. (Check out either opinion to bind out what the beepers did.)

GPS devices are a LOT more sophisticated than the beepers used in these cases, which logically raises the question as to whether the use of a GPS device, unlike the use of a beeper, is a 4th Amendment search . . . which brings us back to U.S. v. Maynard. Jones argued that the government’s use of the GPS was a 4th Amendment search because it violated his reasonable expectation of privacy in his movements on the streets. The government argued that it wasn’t a search, citing U.S. v. Knotts, in which, as I explained in my earlier post, the Supreme Court held that someone “traveling in an automobile on public thoroughfares has no reasonable expectation of privacy in his movements from one place to another” because it’s public, i.e., anyone could follow him and see where he went. U.S. v. Knotts, supra.

The D.C. Court of Appeals, however, noted that the Knotts Court

specifically reserved the question whether a warrant would be required in a case involving `twenty-four hour surveillance,’ stating `if such dragnet-type law enforcement practices as [Knotts] envisions should eventually occur, there will be time enough then to determine whether different constitutional principles may be applicable.’

The D.C. Circuit then considered the issue the Knotts Court had reserved and concluded that unlike someone’s movements during

One of the cases the D.C. Circuit cited as reserving judgment on the mass surveillance issue was U.S. v. Pineda-Moreno, supra. I don’t know if that characterization really holds up, since in addressing the GPS-as-a-search issue, the Pineda-Moreno court quoted this statement from the Knotts opinion:

Insofar as [Knotts’] complaint appears to be simply that scientific devices such as the beeper enabled the police to be more effective in detecting crime, it has no constitutional foundation. We have never equated police efficiency with unconstitutionality, and we decline to do so now.

U.S. v. Knotts, supra. (The Pineda-Moreno court also held that officers didn’t violate the 4th Amendment by installing the GPS device in Pineda-Moreno’s car while it was parked on the curtilage of his home, which goes to a different issue: whether the installation of a GPS device is a 4th Amendment seizure. The 7th Circuit also addressed that issue in Garcia. Both said it wasn’t . . . but the Pineda-Moreno decision departed from what has been a basic assumption, i.e., that installing or monitoring GPS devices “in” someone’s home or on the curtilage of their home violates the 4th Amendment.)

Several other courts have recently addressed the GPS-as-a-search issue. In Foltz v. Commonwealth, __ S.E.2d __, 2010 WL 3463131 (Virginia Court of Appeals 2010), a Virginia court held that monitoring a GPS device isn’t a search under the 4th Amendment or the Virginia Constitution’s version of the 4th Amendment (and that installing the device isn’t a seizure under either provision).

In U.S. v. Jesus-Nunez, 2010 WL 2991229 (U.S. District Court for the Middle District of Pennsylvania 2010), the judge rejected the mass surveillance argument the D.C. Circuit found compelling. She found the fact that “the GPS device allowed the Government to overcome the impracticality of 24-hour visual surveillance is irrelevant” to the 4th Amendment search issue, and therefore held that the case was controlled by the Supreme Court’s decision in U.S. v. Knotts. U.S. v. Jesus-Nunez, supra. In other words, she held it wasn’t a search. She also, though, noted that she (i.e., “the court”)

shares [Jesus-Nunez’s] concern for the duration of the GPS tracking, and agrees it is highly improbable that the Government could have maintained 24-hour visual surveillance for this length of time. The court also recognizes that in Knotts, the Supreme Court commented about the very concern raised by [Jesus-Nunez] --- that the court's decision will mean that twenty-four hour surveillance of any citizen of this country will be possible without judicial knowledge or supervision. . . . However, the court does not believe it is in the position to rewrite constitutional principles long established by the Supreme Court because of the changing landscape of technology. This is the province of Congress or the higher courts; it is this court's duty to apply precedent to the facts.

(a) One is that while “some,” limited use of automated, remote surveillance techniques (e.g., beepers and GPS devices) doesn’t violate the 4th Amendment, the expanded, what we might call unrestricted, use of such techniques does constitute a search under the 4th Amendment and is unconstitutional unless it’s conducted pursuant to a search warrant or an applicable exception to the warrant requirement.

The problem I have with this proposition is that it doesn’t explain how and why what isn’t a search when it’s done at one level but morphs into a search when it’s done on an expanded level. As far as I can see, the only way that proposition makes sense is if the limited surveillance really is a 4th Amendment search but courts have (at least implicitly) decided that it’s such a de minimis search, such a small intrusion on the person’s privacy, that they don’t construe it as having 4th Amendment significance. Then, under this line of reasoning, the expanded surveillance becomes a 4th Amendment because now there’s enough of an intrusion on privacy for courts to take cognizance of. I, for one, can’t really buy that argument; as far as I know (and I could be wrong here), courts have never predicated the applicability of 4th Amendment protections of privacy on the magnitude of the intrusion into privacy. I believe (and again, I could be wrong), that privacy has pretty much been treated as a unitary concept . . . a violation is a violation, regardless of how “minor” the intrusion is.

(b) The other is that even the expanded use of surveillance techniques doesn’t violate the 4th Amendment because it’s just the repetition of activity that targets conduct (i.e., movements in public) in which we can have no expectation of privacy, not under the 4th Amendment and not as a simple matter of common sense. On a personal level, I’m not keen on this one, but as a lawyer I have a hard time coming up with a good argument as to why it isn’t valid.

A factual distinction is that with GPS monitoring we’re talking about targeting a specific individual, which arguably differentiates GPS monitoring (as it’s currently being used) from the kind of broad spectrum monitoring that’s carried out by the CCTV cameras in London and other cities. That’s a legitimate distinction, but I don’t really see how it refutes this second proposition.

If something isn’t private, it isn’t private. In the 4th Amendment context, the Supreme Court has held that an officer’s motivation in conducting a search or seizure isn’t relevant in determining whether the search or seizure violates the 4th Amendment. All that matters is that the officer can articulate an objectively reasonable basis for the search/seizure. So the fact that one is targeted and the other targets everyone presumably doesn’t differentiate the two scenarios, at least not for the purposes of 4th Amendment analysis.

My other problem is that I can see the argument Jones (and others) have made coming back to bite them: They argue that the expanded use of surveillance techniques like GPS monitoring transforms what was (at least arguably) not a 4th Amendment “search” into one. I think it can be used to argue the opposite: As I’ve noted here before, in the Katz case, which is the case in which the Supreme Court articulated the standard we currently use to decide if something’s a 4th Amendment search, the Court noted that we have no 4th Amendment expectation of privacy in anything we “knowingly expose to public view.” If we all know, or if we all come to realize, that we are/can be monitored every moment of every occasion in which we’re “in public,” then how can we possibly say that we reasonably believed our movements in public were “private?”

Posted by Susan Brenner at 3:02 PM

I don't see any problem with GPS surveillance of vehicles operating on public roads. There could be a seizure issue with where the GPS device is installed, though.

If put onto a car that sits on a public street, or even an open driveway, I see no issue. Breaking into a garage to do so, though, is a violation of 4th Amendment, in my book.

A further complication is the fact that all modern cell phones also contain a GPS device, intrinsically. Using data from that source, it seems to me, does cross a privacy threshold as phones are not carried only in public places. Using that information to determine, for example, where in a building the phone happens to have been, is way over the line as a breach of privacy expectations.

I believe your last point is the most salient of all and the true slippery slope as it relates to having an "expectation of privacy" *anywhere*:

"If we all know, or if we all come to realize, that we are/can be monitored every moment of every occasion in which we’re “in public,” then how can we possibly say that we reasonably believed our movements in public were “private?”"

So what happens now that we're all carrying GPS enabled smart phones. Or worse, the rapid deployment of RFID chips on people:

Does this all begin to gut the need to have the Fourth Amendment if there is no longer any place we can go where we can have this expectation of privacy?