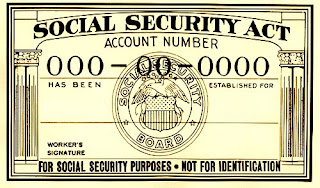 As Wikipedia explains, “venue” is the location where a case

is heard. In the United States, the venue is either a county (for cases in state court) or a district or division (for cases in federal court). Venue deals with . . . questions of which court or courts with proper jurisdiction may hear a specific suit. A case can only be brought in a certain venue.

is a concept distinct from jurisdiction, which focuses on the authority of a court to hear a particular case. Venue is concerned with the geographical location of the court where a lawsuit is commenced.

[e]ven though it is afforded significant constitutional protection, a defendant's right to proper venue is a personal defense subject to waiver. An accused's right as to place of trial, arising under statutory or constitutional provisions expressly granting or guaranteeing the right to be tried in the county or district in which the offense was committed, is a personal privilege that may be waived. This is also true in federal court, where an accused can waive the right to be tried in the state and district where the crime was committed.

American Jurisprudence § 463 (2d ed.). In the United States, the Constitution

guarantees an accused the right to be tried where a crime was committed. U.S. Const. art. III, § 2, cl. 3. The Sixth Amendment further directs that criminal defendants have a right to be tried in “`he State and district wherein the crime shall have been committed.’ U.S. Const. amend. VI. These constitutional commands are reflected in [Rule 18 of the Federal Rules of Criminal Procedure], which provides that `[e]xcept as otherwise permitted by statute or by these rules, the prosecution shall be had in a district in which the offense was committed.’

This post is about a recent case in which a defendant who pled guilty to federal charges of “mail, wire, and bank fraud and aggravated identity theft” appealed, claiming in part that the federal district court judge who took the plea failed to ensure there was a factual basis demonstrating that venue existed in that federal judicial district. The case is U.S. v. Mobley, ___ F.3d ___, 2010 WL 3340364 (U.S. Court of Appeals for the 6th Circuit 2010), and this is how it arose:

Beginning in December, 2005, Stephen Mobley, conspired with Ted Bettker, George Nelson, Tony Stonerock, Jason Smith and others to . . . obtain funds under the custody and control of Citibank. . . . The conspiracy . . . involved opening fraudulent business credit card accounts. . . . Mobley [opened the accounts] on-line in his name or under the name of one of his co-conspirators. Sometimes the application . . . would contain a false personal identifier. In other cases, the application would contain the real personal identifiers of co-conspirators . . . and the name of a legitimate business entity but one with which the person in whose name Mobley was submitting the card was not affiliated.

Mobley would approach other individuals . . . and explain that credit card companies write this stuff off and once the account was opened in the individual's name, the[y] could use the credit as they wished . . . but would not need to make any payments. Mobley would offer to open [an] account . . . [if] the individual in whose name the fraudulent Citibank account was opened give Mobley access . . . to a certain percentage of the total credit line, usually 50 percent.

[If the person agreed to participate in the scheme,] Mobley would obtain the[ir] personal identifiers . . . and submit a fraudulent business credit application to Citibank on-line or over the telephone in the[ir] name. Citibank would mail the credit cards for the account in whose name Mobley had opened the account. That individual . . . would deliver some or all of the credit cards to Mobley. . . . [who] would activate the fraudulent cards and sometimes request checks from Citibank so the credit authorized by Citibank could be converted to cash. Mobley and the other individuals would make purchases and write checks against the fraudulent Citibank business credit card accounts Mobley had opened in their names.

Mobley opened or caused to be opened three fraudulent Citibank accounts in the name of L.W., a deceased individual and a relation of Stonerock. The fraudulent accounts were opened using L. W.'s name but a fraudulent Social Security number and under the business name of Bridgetech, a legitimate business located in Cincinnati, Ohio but one with which neither Mobley, Stonerock, nor L.W. was affiliated.

Mobley’s plea was entered pursuant to Federal Rule of Criminal Procedure 11. U.S. v. Mobley, supra. Rule 11(b) governs a court’s accepting a guilty or nolo contendere plea. Under Rule 11(b)(3), a court accepting a guilty plea must “determine that there is a factual basis for the plea” before accepting it.

Mobley pled guilty before a federal judge who sits in the U.S. District Court for the Southern District of Ohio in Cincinnati. U.S. v. Mobley, supra. His venue argument on appeal was based on his contention that “the district court lacked a factual basis to determine that the acts leading to Count 2 of the information occurred within the Southern District of Ohio.” U.S. v. Mobley, supra.

In analyzing that issue, the U.S. Court of Appeals for the 6th Circuit first noted that “[b]arring some exception,” the government “`must prosecute an offense in a district where the offense was committed.’” U.S. v. Mobley, supra (quoting Rule 18 of the Federal Rules of Criminal Procedure). It also noted that the Supreme Court has held that the place where a crime was committed “`is determined by the acts of the accused that violate a statute.’” U.S. v. Mobley, supra (quoting Johnston v. U.S., 351 U.S. 215 (1956)). And, finally, the 6th Circuit explained that the Supreme Court has held that when a “`crime consists of distinct parts which have different localities the whole may be tried where any part can be proved to have been done.’” U.S. v. Mobley, supra (quoting U.S. v. Rodriguez-Moreno, 526 U.S. 275 (1999)).

not apply to consideration of venue. Rule 11(b)(3) explicitly and without exception prohibits district courts from entering judgment in the absence of a factual basis for a guilty plea; in other words, defendants cannot waive this requirement, even if they wish to do so. In contrast, however, defendants can waive venue objections; in at least some cases, moreover, defendants automatically waive venue objections simply by pleading guilty. . . . As the factual basis requirement of Rule 11(b)(3) for a plea cannot be waived, and as objections even as to clearly-defective venue can be waived, then consideration of venue cannot be part of the required 11(b)(3) factual basis determination. Accordingly, it is irrelevant to Mobley's appeal, which is wholly based on 11(b)(3), whether the court had any factual basis to determine the location of any alleged criminal acts.

U.S. v. Mobley, supra. (In a footnote, the court also rejected Mobley’s claim that venue is “jurisdictional” – as noted above, jurisdiction and venue are two distinct concepts.)

Then, in an aside lawyers refer to as dictum, the Court of appeals held that even if Rule 11(b)(3) required a factual basis concerning venue for charges to which a defendant is pleading guilty,

there is ample evidence in the record to meet this requirement. As part of the statement of facts read at the plea hearing, for example, [Ron] Verst [of the U.S. Postal Inspection Service] stated that Mobley, who lived in the Southern District of Ohio, submitted `fraudulent applications . . . under the name Kelley Mobley, using her Social Security number, and using the business name of The Gift Box, a legitimate business located in Columbus, Ohio, but with which Mobley's wife was not affiliated.’ Verst also explained that `various of the . . . acts [described in the statement of facts] occurred in the Southern District of Ohio.’ More importantly, Count 1 of the information, to which Mobley pled guilty and the factual basis of which he has not contested, stated that in furtherance of his scheme to defraud Citibank by filing fraudulent applications, `[Mobley] knowingly and unlawfully transmitted and caused to be transmitted . . . interstate telephone and online communications, all to and from outside the Southern District of Ohio to and from the Southern District of Ohio. . . .’ Even if such a general statement might not be sufficient to prove venue at trial, the quantum of information required to satisfy the Rule 11(b)(3) `factual basis’ requirement for a guilty plea is lower.

Since the Court of Appeals rejected Mobley’s venue argument and the other claims he raised on appeal, it affirmed his conviction. U.S. v. Mobley, supra.

Posted by Susan Brenner at 5:40 AM