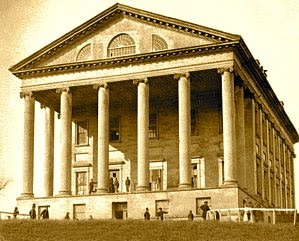 On the morning of February 14, 2008, police officers executed a search warrant on a Stafford County home owned by [Paul Chapman’s] parents. Chapman resided in a basement apartment in this home, which had a separate door to the outside, as well as a living room, a bedroom, a bathroom, and a storage area. [He] had lived in the basement apartment for two-and-a-half years, and he had been its sole occupant for approximately five months.

Detective Wells, who was admitted at appellant's trial as an expert in computer forensics, conducted an examination of [Chapman’s] computer. His examination revealed that the temporary Internet file cache of [Chapman’s] computer contained twenty digital pictures that were characterized as child pornography. Fourteen additional photographs depicted young girls who were completely nude, almost nude, or only partially clothed, and another file contained a video of a man engaging in sexual intercourse with a young girl. Detective Wells did not detect any viruses on [Chapman’s] computer and found no signs that these files carried any viruses.

Based on his analysis of [Chapman’s] computer and the temporary Internet cache, Detective Wells testified that these files had all been created and saved to the computer's hard drive between 8:07 a.m. and 8:12 a.m. on the morning of February 14, 2008-less than two hours before the police arrived to execute the search warrant. There was no evidence that [Chapman] left the basement apartment that morning or that anyone else had been inside the basement apartment that morning.

Chapman was subsequently indicted on 10 counts of possessing child pornography in violation of Virginia Code § 18.2-374.1:1(A), which provides as follows: “Any person who knowingly possesses child pornography is guilty of a Class 6 felony.” Chapman v. Commonwealth, supra. He went to trial and the jury convicted him of all 10 counts. Chapman v. Commonwealth, supra. Chapman then

`[C]hild pornography’ means sexually explicit visual material which utilizes or has as a subject an identifiable minor. An identifiable minor is a person who was a minor at the time the visual depiction was created, adapted, or modified; or whose image as a minor was used in creating, adapting or modifying the visual depiction; and who is recognizable as an actual person by the person's face, likeness, or other distinguishing characteristic, such as a unique birthmark or other recognizable feature; and shall not be construed to require proof of the actual identity of the identifiable minor. . . .

[T]he term `sexually explicit visual material’ means a picture, photograph, drawing, sculpture, motion picture film, digital image, including such material stored in a computer's temporary Internet cache when three or more images or streaming videos are present, or similar visual representation which depicts sexual bestiality, a lewd exhibition of nudity, . . . or sexual excitement, sexual conduct or sadomasochistic abuse, . . . or a book, magazine or pamphlet which contains such a visual representation. An undeveloped photograph or similar visual material may be sexually explicit material notwithstanding that processing or other acts may be required to make its sexually explicit content apparent.

(emphasis added). As I noted above, Chapman argued that the

The Court of Appeals explained that the language italicized in the paragraph above in 2007, when “the General Assembly amended its definition of `sexually explicit material . . . to include the emphasized language concerning materials stored on a computer's temporary Internet cache.” Chapman v. Commonwealth, supra. It then noted that the Virginia Court of Appeals had rejected a similar argument in 2006, in Mason v. Commonwealth, 49 Va. App. 39, 636 S.E.2d 480 (2006).

Chapman, of course, claimed Mason was no longer good law because in 2007 the Virginia General Assembly added the italicized language quoted above to the statute that defines child pornography and sexually explicit visual material. Chapman v. Commonwealth, supra. On its face, it seems like a pretty good argument, but it didn’t work.

furtherance of this legislative intent, [Virginia] Code § 18.2-374.1:1(A), provides that possession of a photograph (as well as a picture, a drawing, a motion picture film, or a digital image, among other items), when containing sexually explicit material involving an identifiable minor, can fully support a conviction for possession of child pornography. Thus, `the Virginia legislature has demonstrated its clear intent that possession of a single photograph could constitute an offense under § 18.2-374.1:1(A) and that multiple punishments would result from multiple violations of the statute.’

completely inconsistent with this clear legislative intent to suggest that the General Assembly amended [Virginia] Code § 18.2-374.1(A), in 2007 to address the pervasive dissemination of child pornography by computer and over the Internet by potentially reducing the culpability of those persons whose computers store images or streaming videos of child pornography in the temporary Internet cache. Interpreting § 18.2-374.1(A) to require proof of three images or videos from a defendant's temporary Internet cache per conviction doubtlessly would `“‘defeat the obvious intention of the legislature,’“’ . . . which a court simply should not and cannot do.

Instead, [Virginia] Code § 18.2-374.1(A), now provides that as a threshold for convictions of possession of child pornography based on materials found in a defendant's temporary Internet cache, the Commonwealth must first establish that `three or more images or streaming videos’ depicting sexually explicit material involving an identifiable minor actually are stored on the computer's temporary Internet cache. Once that threshold of `three or more images or streaming videos’ stored on a computer's temporary Internet cache is satisfied, however, we hold, as this Court held in Mason, that `the permissible unit of prosecution for possession of child pornography’ . . . corresponds to the number of individual items of sexually explicit visual material.

The Court of Appeals then held that

[a]pplying these legal principles to the facts of this case, we find the Commonwealth's introduction of twenty examples of child pornography, which were found in the temporary Internet cache of appellant's computer, was certainly sufficient to prove ten counts of possession of child pornography.