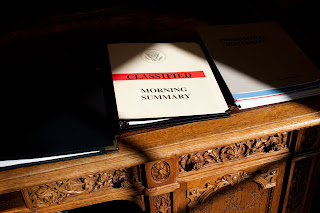 Like you, I suspect, I’ve been following the WikiLeaks episode . . . and I noticed recently that in addition to suggesting that Julian Assange be prosecuted for violating the U.S. Espionage Act, some commentators have suggested that he could instead/also be prosecuted for receiving stolen property.

I found that interesting because, knowing nothing about the federal receipt of stolen property statute, I wondered if (i) copied data would qualify as “stolen property” and/or (ii) if a prosecutor could establish Assange acted with the mens rea required to violate the statute. So I decided to look into it.

The need to establish the second element is probably obvious, but we’ll talk a bit later about how it might, or might not, be provable in the WikiLeaks case. I wondered about the first element because many federal criminal statutes – especially statutes like the receiving stolen property statute – were adopted decades ago when it copying things was difficult or even impossible. Inferentially, then, such statutes might not encompass copies.

As Wikipedia notes, one federal statute – 18 U.S. Code § 2315 – makes it a crime knowingly to receive stolen property with a value of at least $5,000 that has been transported across state lines or a U.S. border. More precisely, § 2315 makes it a federal crime to receive stolen “goods, wares, or merchandise, securities, or money” valued at $5,000+ knowing the items to have been stolen.

I didn’t find any reported cases in which copies were at issue in a § 2315 prosecution, but I did find an older case – U.S. v. Brown, 925 F.2d 1301 (U.S. Court of Appeals for the 10th Circuit) – in which a federal appellate court held that a computer source code “is intangible intellectual property and, as such, . . . cannot constitute goods, wares, merchandise, securities or moneys that have been stolen . . . within the meaning of . . . § 2315.” Brown is an old decision (at least in terms of computer technology), and some later decisions have not followed it in prosecutions for violating a similar statute -- 18 U.S. Code §2314, which I’ve written about before.

A few months ago, I did a post about a ruling in the Aleynikov case, a ruling which held that source code constitutes “goods” under §2314. Since Aleynikov is being prosecuted for violating 18 U.S. Code § 2314 (which makes it a crime to transport stolen property) based on his copying source code, I can see an argument that § 2315 might apply to what Assange is alleged to have done, assuming, of course, that the intent requirement and other elements of the offense could be established.

Section 2315 doesn’t, however, seem to be the appropriate statute for pursuing Assange based on, again, what he’s alleged to have done. The allegation (or maybe assumption), of course, is that Assange somehow collaborated with Manning, and therefore instigated or was otherwise involved in Manning’s copying the classified documents. I’m not sure that’s true, but I’ll get to that later.

The statute that seems more likely to apply to Assange, assuming mens rea and the requirements noted above can be proven, is 18 U.S. Code § 641. Section 641, which was added to the federal criminal code in 1948, makes it a federal crime either to (i) embezzle or steal “any record . . . of the United States or of any department or agency thereof” and/or (ii) receive or retain “she same with intent to convert it to his use . . . knowing it to have been embezzled [or] stolen”. Section 641 also requires that the person who commits the first crime (stealing records) have acted “without authority”.

It seems to me the (ii) crime is a derivative offense, i.e., that A’s ability to commit the (ii) crime depends on M’s having committed the (i) crime by stealing a record of a U.S. department or agency without being authorized to do so. In other words, how can A “knowingly” receive embezzled or stolen federal records if someone (M) hasn’t stolen them while acting “without authority”? I found a model jury instruction that seems to support my interpretation of § 641:

The defendant is charged in [Count of] the indictment with [receiving] . . . [stolen] government [records] in violation of [18 U.S. Code § 641]. . . . [F]or the defendant to be found guilty of that charge, the government must prove each of the following elements beyond a reasonable doubt:

Second, the [records]] belonged to the United States;

Third, the defendant knew that the [records]] had been [stolen] from the United States;

So, let’s analyze whether Manning committed the (i) crime – the core § 641 offense. In so doing, we’ll assume, purely for the purposes of analysis, that the conduct being attributed to Manning by the press occurred. That is, we’ll assume Manning copied classified documents (records) either to a Lady Gaga-labeled CD or to a thumb drive. The media he used doesn’t matter . . . what matters here, I think, is the fact that the copied the data, rather than hauling away the server or whatever it was physically housed on.

If he’d taken the government server the data was stored on, I think it would be easier for the prosecution to prove he “stole” the records, because he would, at least to some extent, have absolutely deprived the government of the possession and use of those records. As I explained in an early post, theft (which is what results from stealing) has historically been a zero-sum phenomenon: If I steal your laptop, its possession and use pass entirely from me to you. As I also explained in that post, computer technology makes it prudent for legislators to modify existing theft statutes to ensure that they encompass non-zero sum theft (copying data) as well as zero-sum theft.

So we’re assuming Manning copied the classified records. The issue we need to resolve is whether copying the records qualifies as “stealing” them under § 641. I found one reported case that addresses this issue: U.S. v. DiGilio, 538 F.2d 972 (U.S. Court of Appeals for the 3d Circuit 1976). DiGilio was charged with violating § 641 based on his having “procured the unauthorized copying of documents in the FBI files” that related to “an investigation of alleged criminal activity by DiGilio.” U.S. v. DiGilio, supra. The copies were made by “Irene Klimansky, a clerk-typist in the Newark” office of the FBI; she gave them to her fiancé, who delivered them to DiGilio’s “intermediaries”, who paid him for them. U.S. v. DiGilio, supra.

The defendants (DiGilio and two guys who were apparently his “intermediaries”) moved to dismiss the § 641 charge, arguing that § 641 does not apply when, as in this case,

the government was not deprived of the use of the information contained in the records. They contend that unauthorized copies of government records are not themselves `records’ within the meaning of the statute, and that the unauthorized transmission of information is not proscribed by § 641. They assert that at most, the government lost exclusive possession of the information contained in its confidential records, and that Congress never intended § 641, which is essentially a larceny statute, to protect the governmental interest in exclusive possession of information. Reminding this court of the celebrated cases of Anthony Russo and Daniel Ellsberg . . . defendants argue that the government's expansive interpretation of § 641, if accepted, would pose serious, perhaps fatal, first amendment, vagueness and overbreadth problems.

U.S. v. DiGilio, supra. They lost. The Third Circuit held that on these facts a § 641violation

was established. This case does not involve memorization of information contained in government records, or even copying by thieves by means of their own equipment. Irene Klimansky availed herself of several government resources in copying DiGilio's files, namely, government time, government equipment and government supplies. A duplicate copy is a record for purposes of the statute, and duplicate copies belonging to the government were stolen. That she was not specifically authorized to make these copies does not alter their character as records of the government.

U.S. v. DiGilio, supra. It looks like this holding would apply to what Manning did, since he, too, used “government time” and “government equipment” in copying the files he extracted and allegedly gave to Assange. I really don’t see why the use of government supplies, time, equipment matters in determining if government records were stolen, so I’d tend to argue, in a computer copying case, that those aspects are irrelevant . . . all that matters is that the information was copied.

If the DiGilio holding applies to what Manning is alleged to have done, then it appears that he committed the first § 641 crime, which would establish the predicate needed to hold the person to whom he allegedly gave the copies – Assange – liable for committing the (ii) crime, i.e., for receiving the copies.

To hold Assange liable for that crime, though, the government would have to prove beyond a reasonable doubt that Assange knew the records had been stolen from the U.S. government. If, as some seem to alleged, Manning and Assange were somehow in touch or if Assange were working with Manning, that would presumably be easy to prove.

If, however, they weren’t working together, if Manning copied the records on his own and then managed to get them to Assange, it could be more difficult to prove Assange knew they were stolen. To prove the necessary knowledge in this scenario, the government would probably have to rely on inference. That is, it would probably show that upon receiving and examining the files, Assange and/or those he was working with would have realized (would have had to realize) that they were classified documents that should not be circulating freely. The government could then argue that Assange (and whomever he was working with) would have necessarily inferred that the documents had been stolen in violation of U.S. law.

Now, Assange may well not be aware of the provisions of § 641; I wasn’t until I started working on this post. But as I think we all know, ignorance of the law is no excuse . . . at least not if it’s the law that’s in effect in the country (or state or city) in which you live. I wonder if the “ignorantia juris non excusat” principle applies if the law in question is the law of a country in which you do not reside and in which you have never resided?

(Btw, I’m not arguing that Assange should be prosecuted under § 2315, § 641 or any other statute. I’m not taking a position on the merits of the case . . . just playing law professor and analyzing some possibilities.)

Posted by Susan Brenner at 9:48 AM

I believe it to be more clear when seen as conversion.
What I find interesting about the statute is that to "purloin" is specifically criminalized.
And yet they neglected catburglary.
Of course, this is Washington, and we all remember Watergate-- they knew darned well that there was some catburglary going on.
And yet they chose not to criminalize it.
But they sure got the purloining.
I believe the last time that anyone was ever charged with the crime of purloining would be about 1787 or so.
I believe they used the word "thou" in the indictment.
I move we style this one as the Goldilocks Rule.