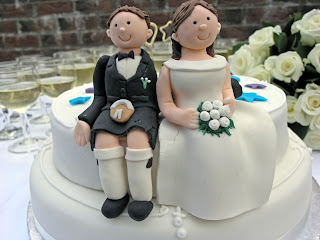 Either spouse can invoke this privilege, either refusing to testify against their spouse or preventing their spouse from testifying. . . .

This post is about a recent Mississippi case that involved a defendant’s attempt to rely on the marital confidences privilege to prevent certain evidence from being introduced.

James Newell lived in Vernon, Alabama, but worked in . . . Columbus, , Mississippi. [He] married Diane on April 30, 2008. . . During their two-week marriage, Newell suspected Diane of cheating on him with Tony Hayes. . . . On May 14, Newell called Diane's cell phone and left two voicemail messages. In the first, he threatened to shoot Diane and Tony, but in the second he recanted. Nonetheless, later that evening, [he] drove . . . over the state line to the Slab House bar in Mississippi. . . .

When Newell arrived . . . he saw Diane's truck in the parking lot, but Diane was not there. Newell saw Adrian Boyette, whom he did not know, standing near Diane's truck. . . . [and] asked Boyette if he knew the woman who drove Diane's truck, if he knew where she was. . . Boyette said he did not. . . Some harsh words were exchanged . . . and Newell turned around and walked back toward his truck.


[T]he `town cop’. . . issued a `be on the lookout’ (BOLO) advisory for Newell's vehicle. . . Later, . . . officers in Alabama responded to a call that [Newell] was at home in Vernon and threatening suicide. Officers Smith and Patrick and Deputy Jones [arrived at his] residence around 9:30 p.m., followed by David Sullivan, an investigator with the district attorney's office . . . who knew Newell.

When Sullivan arrived . . . Newell was kneeling by a tree, holding a gun to his head. . . . When officers asked Newell to drop his gun, [he said]: `You're going to have to kill me, I'm not going to jail.’ To try to get him to . . . surrender, Sullivan. . . . asked [him] what happened, and Newell [described] the shooting at the Slab House. . . . [and] said that he was going to commit suicide because he was determined not to go to jail.

In an effort to defuse the situation, Sullivan agreed to . . . Newell's `demands.’ [He] wanted Diane's cell phone `seized’ to prove her infidelity by showing her calls to Hayes and other purported paramours. He also wanted his truck fingerprinted to show Boyette's contact with it. The Alabama officers notified officers at the Slab House, who got Diane's cell phone, which contained the voicemail messages Newell left earlier that day. But due to moisture on Newell's truck window, no fingerprints were recovered. After a tense, one-hour standoff, Newell surrendered and was taken into custody. . . .

On appeal, Newell argued that the trial judge erred in allowing his “personal telephonic voicemail messages . . . into evidence over a . . . spousal privilege objection”. Newell v. State, supra. In the first of the two messages, Newell said

Newell argued that both messages were “subject to spousal privilege under Mississippi Rule of Evidence [Rule] 504(b)”, which provides as follows: “In any proceeding, . . . a person has a privilege to prevent that person's spouse, or former spouse, from testifying as to any confidential communication between that person and that person's spouse.”

Rule 504(a) of the Mississippi Rules of Evidence says a “communication is confidential” if it is “made privately by any person to that person’s spouse and is not intended for disclosure to any other person.” Rule 504(c) says the privilege “may be claimed by either spouse in that spouse’s own right”.

The prosecution argued that the threats in the messages “were relevant to show Newell's deliberate design to shoot `somebody’ that day, which he ultimately did” and that these threats “presented a controversy between the spouses, an exception to spousal incompetency”, i.e., eliminated the applicability of the privilege. Newell v. State, supra. (In raising the “controversy between the spouses” issue, the prosecution seems to have relied on Rule 601(a)(1), which says that a spouse can be called as a witness against the other spouse “in all controversies between” the spouses.)

The Mississippi Supreme Court didn’t buy Newell’s argument, but doesn’t seem to have relied on the state’s theory in doing so. The court explained that in this case the same

facts negate both spousal privilege and spousal incompetency. Newell's message threatened to shoot Diane and Tony. Because this threat would have been communicated to Tony or the police, it is not `confidential under Rule 504. . . . But even if we accept Newell's argument that a private threat is not intended for disclosure, both spouses waived [Rule 504] by their respective actions. . . . Investigators obtained Diane's cell phone on Newell's request. At the time he asked the officers to check her phone, he knew that damaging messages were there. Diane surrendered her phone and provided the password to her voicemail.

Newell v. State, supra. The court also explained that the voicemails were relevant evidence, and therefore admissible, because Newell’s first voicemail message did

specifically threaten Diane and Tony. Further, it is not disputed that Boyette was nonresponsive and hostile to Newell's questioning about Diane's infidelity. The message tends to support the State's theory that Newell acted with malice toward Boyette because Newell thought he was one of Diane's lovers. . . . Together, the messages explain the chain of events and affect the State's theory on Newell's state of mind. . . .

In a separate opinion written by Mississippi Supreme Court Justice Dickinson, in which a second Justice joined and a third Justice joined in part, the judge raised an interesting issue. He pointed out, first, that Rule 504 renders inadmissible a communication made

`privately by any person to that person's spouse and [ ] not intended for disclosure to any other person.’ That Diane was Newell's spouse is not in dispute, so the issue is whether Newell intended the voicemails to be disclosed to any other person, and in addressing this issue, it does not matter whether the communication actually was disclosed by Diane, or even whether the communication was likely to be disclosed by Diane; unless Newell intended for Diane to disclose the communications, Mississippi Rule of Evidence Rule 504’s privilege applies.

There is simply no evidence that Newell intended Diane to disclose to anyone the content of his voicemails to her. It strains credibility to suggest that one would leave a threatening, incriminating voicemail with the intent that it be disclosed to others. And because the record includes no evidence that Newell intended Diane to relay his voicemail to a third party, I would hold that the voicemails were privileged.

consent of both spouses. The majority finds that. . . . Newell consented by asking `the officers to check [Diane's] phone, [knowing] that damaging messages were there,’ and Diane consented by `surrender[ing] her phone and provid[ing] the password to her voicemail.’

The majority misapprehends Newell's request. Newell asked the police to `seize’ Diane's phone and inspect the call log to confirm his suspicion that Diane was cheating on him. The record includes no evidence the `damaging messages were there’ on the phone, itself. . . . [I]t is more likely that the messages were stored on the cell phone carrier’s computers, and accessed by calling in with a password or code. In any case, Newell never authorized the police to listen to the voicemails. . . .

I would hold that the voicemails Newell left for Diane were inadmissible.