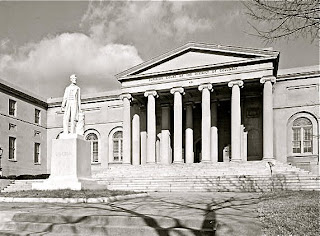 This post is about a case in which the issue was whether a judge should have recused herself from presiding over a trial in a case assigned to her. As Wikipedia explains,

[j]udicial disqualification, also referred to as recusal, refers to the act of abstaining from participation in an official action such as a legal proceeding due to a conflict of interest of the presiding court official. . . . Applicable statutes or canons of ethics may provide standards for recusal in a given proceeding. . . Providing that the judge . . . must be free from disabling conflicts of interest makes the fairness of the proceedings less likely to be questioned.

[T]he District of Columbia charged M.C., then 15 years old, with twenty crimes related to a shooting in which M.C. allegedly fired a gun at . . . four people, injuring one of them. A bench trial was held on November 26-29 and December 3-4, 2007. After all but two of the government's witnesses had testified, the judge informed counsel she had received an email from another Superior Court judge with information about one of two complaining witnesses who had testified on behalf of the government. The next day, M.C. filed a motion for recusal. . . [which the judge denied].

There was no physical evidence linking M.C. to the shooting. Police did not find shell casings at the scene . . . or a weapon in . . . M.C.'s home. While police did recover a box of ammunition from M.C.'s bedroom, it was never linked to the bullet recovered from D.W.'s arm. Thus, the basis for the District's twenty counts against M.C. was the identification of M.C. by I.W. and N.W. on the night of the shooting. . . .

[B]efore I.W. took the stand, the judge announced [he] had pled guilty before her to two counts in an unrelated juvenile matter that morning and his case had been certified to a different judge. The government called I.W. . . . [He] testified he had known M.C. for years . . . . To the apparent surprise of government counsel, I.W. did not testify that M.C. was the person who shot at him and his brothers [on] September 7. Instead, he said he did not know who shot at them, and . . . `didn't see [the shooter’s] face clearly.’ This contradicted the testimony of D.W. . . . I.W. also described the shooter in a way that was significantly different from the description [police witnesses] said he had given during the investigation.

Government counsel . . . [asked] whether he remembered telling D.W. and the police that the shooter was [M.C.] I.W. [said] he did not recall identifying the shooter. . . . [He] also denied telling police he recognized the shooter's voice as [M.C.’s]. . . . Asked whether he `want[ed]’ to testify against M.C., I.W. replied: `I told several times that I do not like testifying.’

That the judge to whom she certified I.W.'s case subsequently sent her an email that contained certain information regarding I.W. The trial judge explained:

`Because of . . . [I.W.] also being on my calendar, I certified [his] case to [another judge, who] e-mailed me back and inadvertently gave me information I would not want to have about a witness I was presiding over. And I do have that information now; [it is] . . . essentially that [I.W.] was separated from [M.C.] in the cellblock, and at some point during his stay was engaged in [a] physical altercation with [M.C.].

I also know a little bit about [I.W.'s] background, that he was born addicted to crack. Those are . . . pieces of information I do believe I can keep separate and not include in . . . my determinations in this trial. But I did feel that it was appropriate that you've been warned about them. I do believe I can keep them separate and I've given it serious thought, and I would not make that decision lightly. They were e-mails basically, so it was nothing I could stop. All right. Okay.’

The prosecution and defense then made their closing arguments, and the next day the judge found M.C. guilty “on all twenty counts.” In re M.C., supra. In announcing her decision, she said she found N.W. to be a “`very believable witness’” whose testimony was corroborated by that of D.W. and I.W. In re M.C., supra. She “made no mention of I.W.’s recantation at trial.” In re M.C., supra. After being sentenced, M.C. appealed.

In considering his appeal, which relied on the same argument M.C. made in his motion asking the judge to recuse herself, the Court of Appeals noted that Canon 3(E)(1) of the Code of Judicial Conduct for the District of Columbia Courts “provides that `[a] judge shall disqualify himself or herself in a proceeding in which the judge's impartiality might reasonably be questioned.’” In re M.C., supra. It also noted that the “standard for determining whether recusal is required . . . is an objective one, whether an observer could reasonably doubt the judge's ability to act impartially.” In re M.C., supra.

On appeal, M.C. argued that the Code of Judicial Conduct required the trial judge to

recuse on two grounds: 1) because the circumstances surrounding the judge's receipt of the two ex parte emails from another judge concerning a witness in the case and the judge's disclosure to the parties and response to the recusal motion would cause a reasonable observer to question [her] impartiality, and therefore violated the general precept of Canon 3(E)(1), and 2) because she acquired `personal knowledge of [a] disputed evidentiary fact[ ],’ one of the specific situations identified in the Judicial Code under subsection (a) as requiring disqualification.

In re M.C., supra. The Court of Appeals accepted M.C.’s second argument:

We agree that as a result of receiving and reading the emails the trial judge had `personal knowledge’ regarding the circumstances surrounding I.W.'s recantation and that such circumstances were `disputed evidentiary facts concerning the proceeding.’ Thus, Canon 3(E)(1)(a) required that the judge recuse from the case. We, therefore, do not find it necessary to address whether the general precept governing the objective appearance of partiality under Canon 3(E)(1) also required recusal.

The court also found that the emails went to a “disputed evidentiary fact” relevant to the issues involved in the trial:

[T]he decision of the trial judge, as fact-finder, to accept or reject I.W.'s trial testimony was inextricably linked to her assessment of why I.W. decided to recant his previous identification. The government tried and failed to elicit from I.W. at trial that . . . his recantation had to do with a confrontation he had with M.C.. . . .

The information in the emails the trial judge received -- that I.W. had been in a `physical altercation’ with M.C. that resulted in his being `separated from [M.C.] in the cellblock’ -- provided the very information the District had been unable to elicit from I.W. at trial. The email's information that the physical altercation had taken place in the courthouse cell block also conveyed that it had been been close in time and place to I.W.'s testimony, adding crucial context with which to question I.W.'s recantation, and thus tended to strengthen the government's case.

In re M.C., supra. The Court of Appeals found that the trial judge was required to recuse herself and that her failure to do so was not harmless error, and therefore reversed M.C.’s conviction and remanded the matter for a new trial “before a different judge.” In re M.C., supra.