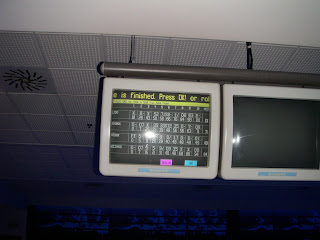 As I’ve noted before, the U.S. states and the U.S. federal government all have “rules of evidence.”

As Wikipedia explains, rules of evidence “govern whether, when, and how, and for what purposes, proof . . . may be placed before a trier of fact for consideration” in resolving a civil or criminal case. (As Wikipedia also notes, the “trier of fact” is the jury in a jury trial or the judge in a bench trial.)

And as I’ve explained in earlier posts, some of those rules deal with what is called “hearsay.” Wikipedia explains hearsay as follows:

Hearsay is information gathered by one person from another concerning some event, condition, or thing of which the first person had no direct experience. When submitted as evidence, such statements are called hearsay evidence. As a legal term, `hearsay’ . . . [has] the narrower meaning of the use of such information as evidence to prove the truth of what is asserted. Such use of `hearsay evidence’ in court is generally not allowed. This prohibition is called the hearsay rule.

And that brings us to Carpenter v. State, __ A.3d __, 2010 WL 4872259 (Maryland Court of Appeals 2010). Everette Carpenter was charged with and convicted of attempted murder, first-degree assault, robbery, carrying a handgun and using a handing in the commission of a crime of violence or felony, all in violation of Maryland law. Carpenter v. State, supra. This is how Carpenter came to be charged with those offenses:

Fenton Forestal was walking down Blake Street . . . when he was approached by Carpenter, Tyrell Skinner, and Tynesha Cornish. . . . During the conversation, Forestal decided to show the group a picture of his grandmother he kept in his wallet . . . . When Forestal produced his wallet, Carpenter grabbed [it] and walked away. Forestal noticed Carpenter had dropped a cell phone and picked the cell phone up. . . . Forestal followed Carpenter and asked Skinner to tell Carpenter to return the wallet. Carpenter and Skinner `jumped at’ Forestal, repeatedly punching him in his eyes. Pushing the men away, Forestal ran.

All this led to the charges against Carpenter, his conviction and appeal. Carpenter v. State, supra. He raised several issues on appeal, but we’re only concerned with one of them. At trial, Detective Orellano, who arrested Carpenter, testified that he seized a cell phone from Carpenter and, after getting a warrant to search it, checked its “`pictures content, text message content, calls, into and include [sic] received, missed [and] dialed.’” Carpenter v. State, supra. Orellano also listed the calls that came into the cell phone:

`[PROSECUTOR: F]rom the first call after 1 a.m. could you give us the on [sic] December 3rd, 2007 the time and either the number or the name that appeared with the received call to this cell phone.

[PROSECUTOR:] And . . . what was the actual number of the cell phone, did you get that?

The court began its analysis of the issue by explaining that Maryland Rule of Evidence 5-801(c) defines hearsay as “`a statement, other than one made by the declarant while testifying at [a] trial or hearing, offered in evidence to prove the truth of the matter asserted.” Carpenter v. State, supra. The court also noted that while the state Rules of Evidence define “statement” as “an oral or written assertion”, they don’t define “assertion.” Carpenter v. State, supra (citing Maryland Rules of Evidence 5-801(a)).

The Court of Appeals then explained that in an earlier case – Fields v. State, 168 Md. App. 22, 895 A.2d 339 (Maryland App. 2006) it had held that it was not inadmissible hearsay for a detective to testify about a list of names he had compiled while at the scene of a shooting. Carpenter v. State, supra. In the Fields case, the suspected shooter had ben bowling at a bowling alley; the detective walked down the lanes and wrote down the names listed on the TV monitor at each lane, showing “`the names and scores of the bowlers.’” Carpenter v. State, supra.

At trial, the detective testified as to the names on his list – testimony the prosecution relied on to establish that the suspect – by then defendant – was at the bowling alley the night the shootings occurred. Carpenter v. State, supra. The Court of Appeals held that this was not inadmissible hearsay because the names listed on the screens – including Fields’ name – were not “statements” under the Maryland Rules of Evidence. Carpenter v. State, supra.

The prosecutor did not attempt to use Detective Orellano's testimony to show that a known declarant believed Carpenter made the calls to the cell phone, had reason to accurately hold that belief or was impliedly asserting that factual proposition. The probative value of the evidence that Carpenter's home phone number, Skinner's name, and Chase's phone number were stored in Carpenter's cell phone did not depend upon the belief of the person who called, or upon the accuracy of that person's belief. . . .

the suspected shooter had ben (sic) bowling at a bowling alley