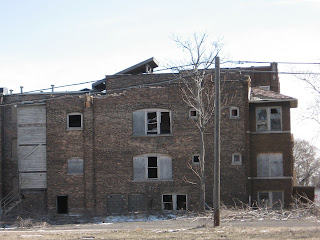 Consent substitutes for a warrant because a consent for police to search or seize is a waiver of your right to have them not do so. The Supreme Court has long held that our constitutional rights are personal rights, which means it’s up to us as to whether or not we want to exercise a particular right (like the right not to be searched) or waive it, i.e., give it up. Wikipedia tells you a little more about consent searches, if you’re interested.

[A] Clearfield City police officer, responding to a reported trespass by two juveniles in a vacant apartment unit, recovered stolen property, including a laptop. . . The . . . officer contacted Officer Jeffries, a property crimes investigator, to retrieve the stolen property from the location where it was found. When Jeffries first saw the laptop, the lid was open and a text document was on the screen. Although he glanced at the document, Jeffries did not review it closely. Instead, he closed the lid and flipped the laptop over to locate the serial number. The serial number corresponded with that of a laptop [Dale] Newland had reported stolen, so Jeffries notified Newland that his laptop had been recovered and could be retrieved at the police station.

While awaiting Newland . . . Jeffries decided to take another look at the text document to determine if it contained any evidence of the juveniles' activities. Although he did not recall closing the document prior to the laptop's transport to the police station, [it] was no longer on the screen when he reopened the computer's lid. For that reason, he began searching through the file folders appearing on the computer’s desktop, the first screen he saw. . . . [H]e opened a opened a folder titled `My Pictures,’ in which he saw thumbnail images of naked females who appeared to him to be under the age of eighteen. He immediately discontinued his search.

Jeffries then approached Newland, who had since arrived at the station, and requested consent to search the computer for evidence that the juveniles may have placed on the computer. The officer did not inform Newland of his previous search or the nature of the evidence he was seeking. Newland gave his consent to the search.

On appeal, the prosecution did not contest the trial judge’s finding that the initial search of Newland’s laptop “without a warrant or consent” violated the 4th Amendment, so the Court of Appeals assumed, “without deciding,” that the search was illegal. State v. Newland, supra. This meant that the only issue the court had to decide was “whether the child pornography discovered during . . . the ensuing consent search should have been suppressed as a fruit of the initial illegality.” State v. Newland, supra.

In addressing Newland’s argument that his consent was tainted by the earlier, illegal search, the Court of Appeals noted that an illegal search “does not inevitably result in the suppression of all evidence that would not have been discovered had the wrongful search not happened.” State v. Newland, supra. It then quoted the Supreme Court’s decision in Wong Sun v. U.S., 371 U.S. 471 (1963) for the proposition that a court need

`not hold that all evidence is fruit of the poisonous tree simply because it would not have come to light but for the illegal actions of the police. . . . . [T]he more apt question in such a case is whether granting establishment of the primary illegality, the evidence to which instant objection is made has been come at by exploitation of the illegality or instead by means sufficiently distinguishable to be purged of the primary taint.’

The court then addresses the prosecution’s argument that the trial judge “correctly ruled that Newland’s subsequent voluntary consent to search the computer removed any taint from the initial illegal search.” State v. Newland, supra. It explained that two factors

State v. Newland, supra. The court noted that its inquiry focused on whether Newland’s consent “was obtained through exploitation of the illegal initial search or if his consent was sufficiently separate from the initial search to remove any resulting taint.” State v. Newland, supra. It also explained that, under the Utah Supreme Court’s decision in Arroyo, a Utah court should consider three factors – temporal proximity of the illegality and the consent, the presence of intervening factors and the purpose and flagrancy of the official misconduct – in deciding whether the initial illegal search tainted Newland’s consent and therefore rendered it void. State v. Newland, supra.

As to the first factor, the Court of Appeals noted that “Jeffries sought Newland’s consent immediately after the conducted the illegal search” but did not tell Newland he had already searched the laptop. State v. Newland, supra. It agreed that a defendant’s lack of knowledge about a prior search should be considered in the taint analysis, but only as “part of the temporal proximity factor.” State v. Newland, supra. After considering the circumstances, the Court of Appeals that while Newland’s ignorance as to the initial search “diminished the significance of the close temporal proximity” of that search and Newland’s consent, it ultimately “add[ed] no weight either in favor or against suppression” of the evidence. State v. Newland, supra.

The court noted, first, that Jeffries “did not initially search the computer with the purpose of obtaining Newland’s consent” or as a pretext “for investigating any crimes suspected to have been committed” by him. State v. Newland, supra. So “to the extent” the search was investigatory, “it was aimed not at Newland,” but at the juveniles. State v. Newland, supra. It also noted that at the suppression hearing, Jeffries testified that “even after he found the child pornography, he was still concerned that it was the juveniles who placed the photographs” on the laptop. State v. Newland, supra. The Court of Appeals found this significant because “at least one other court, in . . . a purpose and flagrancy analysis, has” held that the fact that the “initial illegality was aimed at obtaining information regarding a third person weighs against purposefulness.” State v. Newland, supra (citing U.S. v. Green, 111 F.3d 515 (U.S. Court of Appeals for the 7th Circuit 1997)).

initial search of the laptop was improper. . . . At the suppression hearing, Jeffries testified that he had seen a text document on the screen when he first recovered the laptop and suspected he might find evidence of the juveniles' activities in it. Although he did not seek a warrant or request consent prior to the search, Jeffries believed he had an arguable basis for searching the computer based on his recollection of that document and desire to follow the lead he thought it gave him. . . . Once he found what appeared to be pornographic photographs of underage females, Jeffries realized the scope of his search had expanded beyond his original task of finding the text document and immediately ceased the search.

State v. Newland, supra. The Court of Appeals also found it significant that the

computer profile on which the pornographic photographs were found -- Newland's -- had none of the usual indicators of privacy that might be expected under the circumstances. Despite the portability of the laptop . . . [his] profile . . .was not password-protected. Moreover, the pornographic photographs were stored in a folder appearing on the desktop, i.e., the first screen that would be visible upon accessing the computer. Nor does the folder's label, `My Pictures,’ communicate any intent to keep private the documents and images stored in it.. . . When the officer opened the folder, he did not open any of its files but instead was immediately presented with thumbnail images of the pictures it contained.

State v. Newland, supra. (The opinion mentions that the laptop had “multiple users,” but that’s all I know about that.)

Given all this, the Court of Appeals agreed with the trial judge that Jeffries’ conduct was not “`flagrant misconduct’” but “`negligence’”, which meant the purpose and flagrancy factor weighed against suppressing the evidence recovered in the consensual search. State v. Newland, supra. It found that given the “lack of purposefulness and flagrancy”, the neutrality of the temporal factor and the “absence of intervening circumstances”, the trial judge correctly denied Newland’s motion to suppress. State v. Newland, supra.

And it noted that because Jeffries’ “conduct was due to negligence, . . . the deterrent value of suppression is minimal” and was outweighed by society’s interest in placing all relevant evidence before the jury. State v. Newland, supra. The Court of Appeals therefore affirmed the trial court’s denial of the motion to suppress.

Posted by Susan Brenner at 8:23 AM