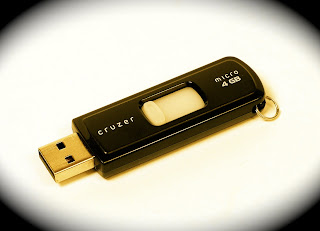 The applicability of the Leon principle was at issue in U.S. v. Koch, 625 F.3d 470 (U.S. Court of Appeals for the 8th Circuit 2010). After a bench trial, Jonathan Koch was convicted of one count of possessing child pornography in violation of 18 U.S. Code § 2252(a)(4)(B) and appealed, arguing that the trial judge erred in denying his motion to suppress certain evidence. U.S. v. Koch, supra.

This is how the prosecution, and the issue raised in the motion to suppress, arose:

In the fall of 2006 the Iowa Division of Criminal Investigations (DCI) received information that Koch, then an employee at Riverside Casino in Riverside, Iowa, was running illegal high stakes poker games at his residence. DCI began an investigation . . . .

DCI agents learned Koch was using computers to run his gambling operation. Based on this information they obtained a search warrant for his residence in May 2007. The warrant permitted the agents to search and seize computers and related equipment that could be used to record any data on the gambling operation.

During the search of Koch's home agents seized gambling equipment, records, and electronic equipment. . . . Among the items seized were a Compaq computer and an external storage device or flash drive, which were found in a bedroom Koch appeared to be using as an office. The parties agree that the evidence . . . was lawfully seized pursuant to a valid search warrant.

Koch pled guilty to a state gambling offense in October 2007 and was sentenced in December 2007 with a deferred judgment and probation. In January 2008 DCA agent Weidman . . . prepared to dispose of the evidence in DCI custody from the search of Koch's home, including the Compaq computer and flash drive. . . .

With his application he provided the court a list of all the items in DCI custody relating to Koch's case. The state court issued an order providing that the evidence seized as part of Koch's case could be. . . .destroyed, returned to the owner upon proof of ownership, or retained by law enforcement for official use. The . . . order left it to the agents to choose which option to use. . . .

Weidman and the three agents assisting him begin to review the evidence. . . .

They decided to retain certain evidence for training purposes, to destroy some, and to return any personal items to Koch provided they did not contain records or materials related to his illegal gambling operation. When the agents realized that . . . the flash drive had never been opened . . . agent Miller opened [it] and clicked on one of its folders . . . to determine whether it contained information on Koch's gambling operation. He saw some pictures of females.

A few . . . thumbnail images were expanded and Miller saw they were pornographic and contained images of young females. He immediately removed the flash drive from his computer and informed his colleagues about what he had seen.

Miller testified at the . . . hearing on Koch's motion to suppress that he had the flash drive open for no more than two minutes and examined only four photographs before closing it. He reopened the drive to show the other agents the final image he had viewed which he believed to be child pornography. The flash drive was open for a total of up to five minutes and was then removed from the computer. . . .

In his motion to suppress the evidence, Koch argued that “the original search warrant obtained as part of the gambling investigation was stale at the time the flash drive was opened and that the search had exceeded the scope of the original warrant.” U.S. v. Koch, supra. The trial court judge found (i) “that the probable cause underlying the original warrant had been preserved while the flash drive remained in police custody,” which meant the warrant was “still effective for search of the equipment” or (ii” that the DCI agents “had acted in good faith” under U.S. v. Leon. U.S. v. Koch, supra.

Koch renewed his argument that while “the computer and flash drive were lawfully seized in May 2007 under a valid warrant”, the “January 2008 search of the flash drive” violated the 4th Amendment “because the warrant obtained as part of the gambling investigation was no longer effective.” U.S. v. Koch, supra. He also argued that the search of the flash drive “exceeded the scope of the original warrant” because it authorized a search for evidence relating to a gambling operation. U.S. v. Koch, supra.

In reviewing the trial judge’s denial of Koch’s motion to suppress, the 8th Circuit noted that it did not need to address whether the original warrant was effective at the time the search was conducted because “the agents had an objective, good faith belief” under U.S. v. Leon that “their search was legal.” U.S. v. Koch, supra.

The Court of Appeals noted that the Supreme Court has said that evidence should be suppressed “`only if it can be said that the law enforcement officer[s] had knowledge . . . that the search’” violated the 4th Amendment. U.S. v. Koch, supra (quoting Illinois v. Krull, 480 U.S. 340 (1987)). The 8th Circuit explained that it has “defined the operative test as whether `a reasonably well trained officer would have known that the search was illegal.’” U.S. v. Koch, supra (quoting U.S. v. Perry, 531 F.3d 662 (8th Cir. 2008)).

After reviewing the facts I outlined above, the Court of Appeals concluded that

Weidman and the other agents were acting in good faith when they opened the flash drive and unexpectedly discovered child pornography. Before looking into any equipment they had not simply relied on the original warrant, but sought legal advice from the county attorney's office, which they then followed by applying for a court order.

It was while they were in the process of following the court's directions about disposal of the property seized under that warrant and checking for any gambling material on the flash drive that they came across the pornographic pictures involving young girls. They did not prolong the viewing but closed the drive within just a few minutes.

the state court should have done more in response to agent Weidman's request for a disposal order, instructed him to obtain a new warrant, or tailored the order more specifically is immaterial in terms of the exclusionary rule. That was illustrated in Leon.

There, a magistrate judge was found to have erred in finding probable cause for a warrant which police officers used to conduct a search. The Supreme Court concluded that the Fourth Amendment exclusionary rule should not be applied under those circumstances, for the rule is `designed to deter police misconduct rather than to punish the errors of judges and magistrates.’

U.S. v. Koch, supra (quoting U.S. v. Leon, supra). According to the Court of Appeals, the agents in this case acted in good faith because (i) they sought advice from the county attorney’s office and obtained a state court order “before viewing any portion of the flash drive” and (ii) “obtained a new search warrant” when they discovered child pornography on the flash drive and only “search[ed] the computer and examine[d] the bulk of the flash drive” after they had the warrant. U.S. v. Koch, supra.