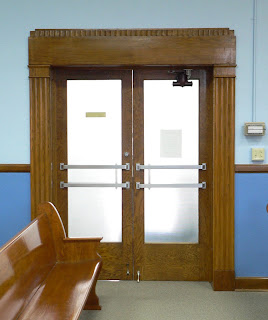 This post deals with a forfeiture issue that arose in connection with a case I did a post on a couple of years ago. As you can see from that post, James Cline was prosecuted for, and convicted of, unauthorized use of a computer and telecommunications harassment in violation of Ohio law.

As you can also see from that post, the telecommunications harassment charges were based, at least in part, on Cline’s sending emails to the victims of his harassment. State v. Cline, 2008 WL 1759091 (Ohio Court of Appeals).

This post is about a civil case – an action for replevin – Cline brought against the Urbana (Ohio) Police Department seeking “the return of a computer that was seized as part of” the criminal case against him. Cline v. Urbana Police Div., 2010 WL 4397155 (Ohio Court of Appeals 2010).

As Wikipedia explains, replevin is a

legal remedy for a person to recover goods unlawfully withheld from his . . . possession, by means of a special form of legal process in which a court may require a defendant to return specific goods to the plaintiff. . . . The summary remedy afforded by replevin statutes can be thwarted by defendants who contest the claimant's right to possession.

In seeking replevin, Cline argued that the “trial court” (the court to which the civil replevin action was assigned)

erred in entering summary judgment against him because the government has no legal right to keep the computer. He insists that it is not contraband subject to forfeiture. He also maintains that the government's act of keeping the computer impermissibly subjects him to being punished twice for the same offense, once by being sentenced to prison and a second time by having his computer forfeited.

If you check the earlier post, you’ll see Cline lost on appeal. The Ohio Court of Appeals rejected his arguments and held that the conviction was valid, which brings us back to forfeiture and replevin.

All I can find out about what actually happened with Cline’s computer is this paragraph in the opinion that addresses his appeal from the ruling against him in the replevin action:

The record reflects that the computer at issue was seized pursuant to a search warrant issued in connection with a criminal investigation involving Cline. In November 2006, a jury convicted him of numerous crimes, some of which involved his use of the computer. That same month, the trial court orally sentenced him to an aggregate term of fifty-eight and one-half years in prison. During the sentencing hearing, the prosecutor requested forfeiture of the computer. The trial court ordered the computer forfeited at that time. However, its December 21, 2006 sentencing entry failed to mention the forfeiture.

In August 2008, the State filed a Crim. R. 36 motion in Cline's criminal case, seeking to correct a clerical mistake and have the judgment entry reflect the forfeiture order. Thereafter, in December 2008, Cline filed a motion in his criminal case, seeking the return of his computer. The trial court sustained the State's Crim. R. 36 motion in September 2008 and amended its judgment entry to reflect that Cline's seized property, including the computer, was forfeited. In January 2009, the trial court overruled Cline's motion for the return of his computer.

Cline v. Urbana Police Div., supra. Rule 35 of the Ohio Rules of Criminal Procedure states that “[c]lerical mistakes in judgments, orders, or other parts of the record, and errors in the record arising from oversight or omission, may be corrected by the court at any time.” So the trial judge in Cline’s criminal case treated the failure to mention the forfeiture of the computer ion the sentencing entry as a simple clerical mistake which, under Rule 36, could be corrected even though almost two years had passed since the court entered that order.

In his replevin action (or, at least, in his appeal from the entry of an adverse judgment in that action), Cline seems to have argued that the problem lay not in a “simple clerical mistake” but in the trial court’s ordering the computer forfeited. In his replevin appeal, Cline disputed

whether his computer was properly ordered forfeited. He contends his criminal indictment did not mention forfeiture. He further claims he did not receive a forfeiture hearing, that his computer is not contraband, and that allowing the Urbana Police Division to keep the computer violates double jeopardy principles.

The Urbana Police Division apparently responded to Cline’s arguments in two ways: First, it apparently disputed his contentions that the computer was not properly forfeitable, that the process employed in forfeiting it was procedurally flawed and that forfeiture violated the Constitutional prohibition on double jeopardy. Second, it “relie[d] on the trial court’s res judicata finding to argue that Cline’s appeal lack[ed] merit.” Cline v. Urbana Police Div., supra.

to two things: . . . a case in which there has been a final judgment and is no longer subject to appeal; and . . . the legal doctrine meant to bar . . . continued litigation of such cases between the same parties. . . .

The Court of Appeals found that the trial court “properly entered summary judgment [against Cline] on the basis of res judicata.” Cline v. Urbana Police Div., supra. It noted that in a similar case, Phillips v. Haines, 1994 WL 587574 (Ohio Court of Appeals 1994), it had held that

`[a] defendant is barred from raising, in a subsequent proceeding, any claim of lack of due process that could have been raised on appeal from conviction. . . . Although cases addressing this issue are generally confronted with a petition for post-conviction relief, not a writ of replevin, we find the doctrine of res judicata is equally applicable to the facts of this case as Phillips is essentially attempting to challenge his plea bargain agreement through his replevin action.’

As is probably obvious, the principle of res judicata essentially ensures that litigation between two parties will come to an end. There are, as Wikipedia notes, certain exceptions that can mitigate the potentially harsh consequences of applying res judicata in certain instances . . . but when someone has had “at least two prior opportunities” to challenge a court’s action, there’s usually no basis for invoking such an exception.

Posted by Susan Brenner at 9:18 AM