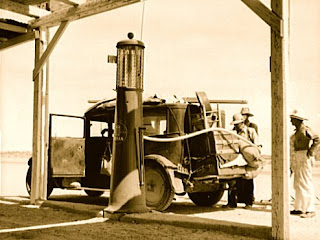 A couple of weeks ago, I did a post dealing with a case in which the defendant in a federal criminal case challenged the sentence imposed on him under the U.S. Federal Sentencing Guidelines.

As Wikipedia notes, the Federal Sentencing Guidelines “are rules that set out a uniform sentencing policy for individuals . . . convicted of felonies and serious . . . misdemeanors in the United States federal court system.”

The Wikipedia entry takes you through the steps involved in calculating the sentence for a particular offender. Essentially, as Wikipedia explains, a court starts with two factors: “the conduct associated with the offense” and “the defendant’s criminal history”. The court then uses the Sentencing Table included in the Guidelines to ascertain the guideline range of sentencing for a particular offender. Wikipedia gives some examples of how this is done, if you’re interested.

Once the court has determined the applicable guideline range of sentencing, it then applies “adjustments,” if any apply. Adjustments can increase the sentence that will actually be imposed on the offender, In this post, we’re going to analyze a case that involved an adjustment that decreased the defendant’s offense level . . . and that then became problematic, at least to some extent.

From about July 2008 through April 2009, [Russell] Wineman participated in a conspiracy to distribute methamphetamine in the vicinity of Mason City, Iowa. Based on search warrants executed at the residences of co-conspirators and statements from co-conspirators and others, law enforcement officials determined that Wineman was providing high-purity methamphetamine for resale.

He also admitted possessing a dangerous weapon during the conspiracy, truthfully admitted additional relevant conduct, and assisted law enforcement in locating all of the methamphetamine at his residence. As a result, the Presentence Investigation Report (`PSR’) initially recommended a three-level reduction for acceptance of responsibility under [U.S. Federal Sentencing Guideline] § 3E1.1. Wineman was allowed to remain free on bond pending his sentencing.

Before we get into what Wineman did while out on bond, I need to provide a little more information about § 3E1.1 of the Sentencing Guidelines. Section 3E1.1 says, “[i]f the defendant clearly demonstrates acceptance of responsibility for his offense, decrease the offense level by 2 levels.” The Application Notes for the Guideline explain that in deciding whether a defendant has demonstrated acceptance of responsibility, a court can consider certain factors, such as whether the defendant “truthfully admit[ed] the conduct comprising the offense(s) of conviction”.

Now, back to Russell Wineman:

On August 30, 2009, twenty days after the entry of his guilty plea, Wineman posted the following in the Waterloo, Iowa `rants and raves’ section of . . . craigslist.org (`Craigslist’):

`The drug task force cops have it rough. They sit on their asses in new, off the lot, vehicles (which they change out on a weekly basis). They get full pay, while [expletive] [expletive] snitches do their [expletive] jobs so they can ruin families lives by sending people to prison for trying to support their family. All the meth dealers are doing is providing a service to people. Just like the gas station or grocery store. They don't force these addicts to buy meth, they just sell it to them. I'm going to prison for this exact reason. I fought and was denied disability for 7 years, In July 2009 I lost part of my foot due to diabetes. I supported my family the only way I could. Now the tax payers will support me for the next 10 to life. So the next time you see [name omitted] or [name omitted] or any other N.I. drug task force cop, tell them THANX for raising your taxes. And if you know any snitches tell them the same.’

logged in using Wineman's e-mail account. As a result, the Government submitted the `rant’ to the Probation Office and objected to the acceptance-of-responsibility reduction. In response, Wineman objected to the inclusion of the rant in the PSR and denied that he posted it, noting that Craigslist `is a public forum’ where anyone could pretend to be him.

At the January 6 sentencing hearing,

Wineman admitted that he wrote the Craigslist rant and that the December 14 drug test was accurate. The parties disputed whether Wineman was entitled to any reduction for acceptance of responsibility under §3E1.1. Based on the statements in the rant, Wineman's false claim in his objection to the PSR that he did not write the rant, and Wineman's positive drug test on December 14, the district court denied the acceptance-of-responsibility reduction. Wineman was sentenced to 235 months' imprisonment, the top end of the resulting advisory guidelines range. Wineman now appeals, arguing that the district court erred in denying the acceptance of responsibility reduction.

[He] was improperly denied a reduction at sentencing for acceptance of responsibility based on the court's finding that his posting in a public Mason City, Iowa, internet forum -- Craigslist -- under Rants and Raves, was inconsistent with acceptance of responsibility. In his posting in this limited forum, Wineman never denied dealing methamphetamine, and simply expressed his frustrations over denial of disability benefits, and his physical disabilities, leading him to deal drugs.

His posting further expressed frustration at the law enforcement officers involved in his investigation and arrest, and argued that he was `providing a service to the public’ by dealing methamphetamine. Based upon this posting the court denied Wineman a reduction for acceptance of responsibility, despite his plea and detailed admittance of facts surrounding his conduct, among other positive factors.

Brief of Appellant, U.S. v. Wineman, 2010 WL 894692 (2010). Wineman also pointed out that he had pled guilty, had admitted all “relevant conduct” involved in his offense and helped “authorities recover methamphetamine from his residence”. U.S. v. Wineman, supra.

In ruling on Wineman’s appeal, the 8th Circuit noted that Wineman was “correct that a timely guilty plea and admission of relevant conduct `constitute significant evidence of acceptance of responsibility’”. U.S. v. Wineman, supra (quoting U.S. v. Nguyen, 52 F.3d 189 (U.S. Court of Appeals for the 8th Circuit 1990)). It also noted, though, that “this evidence may be outweighed by conduct of the defendant that is inconsistent with such acceptance of responsibility.” § 3E1.1 comment number 3.

After considering the relevant standards and the facts at issue, the 8th Circuit agreed with the

district court that the Craigslist rant is inconsistent with any acceptance of responsibility by Wineman. In the rant, Wineman places responsibility for his offense on the `addicts’ who bought his product and on the unnamed officials who denied him disability benefits. Wineman's only regret appears to be that law enforcement officers and informants had the temerity to disrupt the methamphetamine `service’ he provided to his community, a service he equates to the local `gas station or grocery store.’ This is far removed from `a recognition and affirmative responsibility for the offense and sincere remorse.’

Aside from anything else, this case shows it’s probably a good idea to wait until after you’ve been sentenced to publish rants.