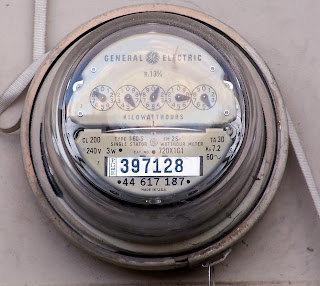 Most – if not all – U.S. states have statutes that make “tampering with records” a crime. It seems to be considered a type of forgery.

As Wikipedia notes, the crime of forgery is “essentially concerned with a produced or altered object.” And as a treatise on criminal law explains, forgery “is a crime aimed primarily at safeguarding confidence in the genuineness of documents relied upon in commercial and business activity.” Wayne R. LaFave, 3 Substantive Criminal Law § 19.7(j)(5) (2d ed. 2003).

This post is about a recent decision that addressed the use of a computer to tamper with records. The case is State v. Shannon, 2010 WL 5110111 (Ohio Court of Appeals 2010), and this is how it arose:

[Julie Shannon] was elected and served as the treasurer clerk for the village of Sardinia, Ohio from September 2002 through December 31, 2007. She was also the village utility clerk during that time.

In those capacities, [Shannon] was responsible for payroll for the village employees and insuring the proper withholdings were made, writing payroll checks, including hers, keeping accounting records, keeping records of council meetings, posting utility meter readings, billing village residents for their utility usage, and collecting money and deposits for utility accounts. Her functions as treasurer clerk and utility clerk ended on December 31, 2007 after she was elected as village council member for the term beginning in January 2008. During the first two weeks of January 2008, [Shannon] trained Tracy Jodrey, the village's new fiscal officer and utility clerk.

In April 2009, [Shannon] was indicted on one count . . . [of] tampering with records in violation of [Ohio Revised Code § 2913.42(A)(1)], a third-degree felony. . . . The [charge] stemmed from a course of conduct between July 1, 2006 and January 10, 2008 during which [Shannon] allegedly . . . entered false information into the village utility computer to obtain free utility services from the village, to wit, [she] used her estranged husband's identity to open a second utility account for her home, and as a result, received utility services from the village for her home without paying for them.

(B)(1) Whoever violates this section is guilty of tampering with records.

(2) . . . if the offense does not involve data or computer software, tampering with records is whichever of the following is applicable:

(b) If the writing or record is a will unrevoked at the time of the offense, a felony of the fifth degree.

(3) . . . if the offense involves a violation of division (A) of this section involving data or computer software, tampering with records is whichever of the following is applicable:

(b) If the value of the data or computer software involved . . . or the loss to the victim is five hundred dollars or more and is less than five thousand dollars, a felony of the fifth degree;

(c) If the value of the data or computer software involved . . .or the loss to the victim is five thousand dollars or more and is less than one hundred thousand dollars, a felony of the fourth degree;

(d) If the value of the data or computer software involved . . . or the loss to the victim is one hundred thousand dollars or more or if the offense is committed for the purpose of . . . executing a scheme to defraud or to obtain property or services and the value of the property or services or the loss to the victim is five thousand dollars or more, a felony of the third degree. . . .

Shannon was charged with third degree felony tampering . . . which was apparently based either on (i) the fact that the tampering was committed “for the purpose of executing a scheme to defraud or to obtain . . . services” valued at $5,000+ or (ii) her having tampered with data valued at $100+.

(As an aside, I found it interesting that the statute includes a graduated system in which tampering with data or software can be a much more serious offense than tampering with paper records.)

These, according to the Court of Appeals’ opinion, are the facts the prosecution proved to establish that Shannon had committed tampering with records in violation of Ohio Revised Code § 2913.42(A)(1):

[A] utility account for 121 Pleasant Street, Sardinia, [Shannon’s] home address, with a billing address of 292 Gay Street, Williamsburg, the address of [her] estranged husband, [Robert], was opened on July 19, 2006, under the name of Shannon Robert, the inverted name of [her] estranged husband. [Robert] testified he did not put the utility account of 121 Pleasant Street in his name in July 2006 nor give anyone permission to do so.

[Shannon] claimed she received utility bills in 2006 and 2007, during the period where there was a break in service in her account, but could not pay all of them. She could not explain how a charitable organization's check issued to her to help with utility bills was posted on her estranged husband’s account. [Village administrator Timothy] Mock . . . had access to the utility computer in [Shannon’s] office only when she was in; had no way of entry if the office was closed; and did not have the password for the computer. Mock denied entering information on the utility computer or being in the office in 2006 and 2007 when [Shannon] was not in the office. Neither the mayor nor council members had access to the utility computer.

The Court of Appeals held that the evidence was adequate to prove the “elements of tampering with records beyond a reasonable doubt, to wit, [Shannon] tampered with the utility computer and with the 2006 and 2007 receipt books.” State v. Shannon, supra. And for what it’s worth, the opinion notes that the “charges billed to Shannon Robert, totaling $1,907.50” were never paid. State v. Shannon, supra.

The trial was held in January of 2010, Shannon was convicted (apparently pretty quickly) and, according to this news story, was sentenced on February 22, 2010. According to that same story, the judge sentenced Shannon to

three years in prison on both the theft in office and tampering with records counts and 18 months on the identity theft count. The three sentences are to be served concurrently, which means she will serve a maximum of three years at the Ohio Reformatory for Women in Marysville.

She was also ordered to pay $9,675.11 in restitution to the Village of Sardinia. State v. Shannon, supra. Another news story quotes the prosecutor as explaining why incarceration was appropriate in this case:

`Although we do feel compassion about Mrs. Shannon's health history and personal situation, there was a very devastating impact on the Village of Sardinia, especially in the economic times we had with tax revenues being down.’ [Brown County Prosecutor Jessica] Little said. `This amount alone doesn't seem like a lot of money, but it is a lot to the village and they did suffer a lot of hardship as a result.’

This story also mentions that the restitution amount was “down from around $12,000 due to a civil case against Shannon filed by the Village of Sardinia.”

This obviously isn’t a case that involves difficult or uncertain legal issues. I decided to do a post on it because I haven’t seen many (any?) computer tampering with records prosecutions. I found the use of the statute here interesting.

I also found it interesting that the prosecution didn’t include/substitute a charge for exceeding authorized access to a computer. Ohio Revised Code § 2913.04(B), for example, makes it a crime to knowingly access a computer or computer system in a manner that is “beyond the scope of the express or implied consent of” the owner of the computer or system. I can see an argument, at least, that the conduct attributed to Shannon in the tampering with records count would violate this provision, since the owner of the computer or computer system – the Village of Sardinia – had not consented for it to be used to execute a scheme to defraud or obtain services.