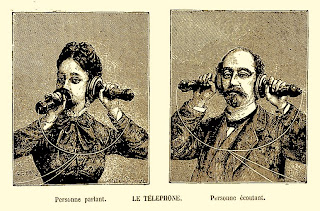 As I explained in an earlier post, “harassment” is a crime in most, if not all, states.

As I also noted there, harassment is usually defined in terms of someone who, “acting with the intent to harass, annoy or alarm” another, but with “no intent of legitimate communication” uses a computer or other telecommunications device to communicate with another person, the victim of the harassment. (I’m using the Indiana harassment statute, Indiana Code § 35-45-2-2(a)(4), as the basis of that general definition; the Indiana statute is quite similar in substance to harassment statutes in other states.)


At approximately 11:00 a.m., [Alex C.], now using the screen name `the kaboomroom95’ again contacted `hey Nicci hey.’ He initially believed he was communicating with Rachel K.'s daughter. After `hey Nicci hey’ inquired who he was, [Alex C.] realized Rachel K. was using her daughter's screen name and the following instant messages were sent:


After this last instant message, a forty-six minute break occurred, during which neither Rachel K. nor [Alex C.] . . . logged off their AIM accounts.

Rache; K. apparently contacted law enforcement about all this, because at some point after the instant message exchange, Alex C. was charged with “the offense of harassment” in violation of New Hampshire Revised Statutes § 644.4(I)(b).

Section 644.4(I)(b) makes it a misdemeanor to make “repeated communications at extremely inconvenient hours or in offensively coarse language with a purpose to annoy or alarm another”. The juvenile petition filed against Alex C. stated as follows:

In re Alex C., supra. The juvenile court held a hearing on the petition, and at the

close of the adjudicatory hearing, the juvenile moved to dismiss the petition, arguing that the instant messaging `conversation between him and [Rachel K.]’ constituted `one communication,’ and, therefore, his conduct did not fall within the harassment statute's proscription against `repeated communications.’ After hearing arguments and reviewing the parties' memoranda of law, the trial court issued a written order ruling that all of the elements of the harassment charge had been proved beyond a reasonable doubt, and finding the petition true.

[Alex C.] contends that the trial court erred in finding that his conduct constituted `repeated communications’ within the meaning of § 644.4(I)(b). Specifically, he argues that a `plain reading’ of § 644.4(I)(b `indicates that the statute prohibits a pattern of separate instant message conversations, not multiple comments made within a single AIM conversation. The State's reading of the statute to the contrary leads to an absurd and unjust result that is not supported by the legislative intent and the cases narrowly construing the statute.’ (emphasis added).

The Supreme Court then explained that because the trial court construed the issue as “a question of law,” it would review the lower court’s ruling “de novo.” In re Alex C., supra.

In analyzing the issue, the Supreme Court noted that Alex C. conceded that “pertinent language” in his messages was “`profane,’” did “not contest that it was `offensively coarse’” and did not claim he “had any purpose other than to annoy Rachel K.” In re Alex C., supra. The only issue before the court, then was whether Alex C’s “twenty instant messages . . . sent in offensively coarse language with the purpose” of annoying Rachel K, were “`repeated communications’” under § 644.4(I)(b). In re Alex C., supra.

[W]e believe . . . the plain and ordinary meaning of `repeated communications," within the overall context of § 644.4, is the renewed, frequent, or constant imparting of a message by any method of transmission. . . . Here, over the course of fifty-six minutes, from 11:20 a.m. to 12:16 p.m., [Alex C.] composed twenty separate instant messages and . . . typed them into his instant messaging application. After typing an instant message, he sent it from his computer to that of Rachel K., where the message he had just imparted was available for her to read. [He] repeated this action twenty times. We fail to see how [his] repeated instant message communications do not fit squarely within the actions proscribed by the plain language of the statute.


[In] a telephone conversation, . . . individuals can simultaneously speak directly with, and listen to, each other. Such conversation entails the near instantaneous imparting and receiving of oral messages; parties often speak simultaneously, with one person talking over or cutting off the other's speech. . . . [A] telephone conversation's substance is not composed, typed on a computer keyboard, electronically sent to another computer, and made available for another person to read, comprehend, and possibly respond. Indeed, the particular facts of this case serve to further underscore the differences. While a fifty-six minute telephone call between two people might not be uncommon, we think that a forty-six minute break during that call strains the meaning of `conversation.’

The New Hampshire Supreme Court therefore held that given the plain language of the statute, and what it deemed to be the state legislature’s “intent to provide for a broad proscription against harassment via the Internet,” the trial court did not err in finding that Alex C. sent repeated communications and, in so doing, committed harassment. In re Alex C., supra. In an aside, the Supreme Court explained that “if the legislature did not intend this interpretation of” the statute, “it is free to amend the statute as it sees fit.” In re Alex C., supra.

Yes, I am certain that the mother's actions actually helped to improve her relationship with her daughter - NOT!

What a stupid, stupid woman.

But the 46 minute break should have been a cooling off period for both persons. But they stupid mother kept egging him on. The kid was only 14 years old. It's not like he is going to jail or anything. Yet the cost to the taxpayers for this stupid case is ten of thousands of dollars.

I am working on a misdemeanor appeal in California, where the appellant (my client) was convicted of violating PC 653(m)(a), which criminalizes harassment using "obscene" language.

The statute has been upheld before as constitutional, even when the language used is not obscene in the Miller sense.

Are you familiar with the California case, People v. Hernandez that so held? (Not sure if you're a CA attorney...)

The case seems at least in some respects wrongly decided, insofar as the court reasons that the legislature didn't mean thru the code section to regulate obscenity per se, but rather words that are offensive to one's feelings according to an ordinary dictionary definition. So the statute is not overbroad.

This seems to beg the question of the constitutionality of the code section, doesn't it? Don't know if you have any thoughts on this, but... just something I'm struggling with.