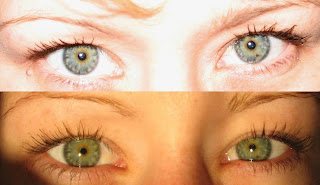 This post is about what I assume is a rather unusual issue that came up in Philbrook v. Perrigo, 2009 WL 2223048 (U.S. District Court for the District of Massachusetts 2009). According to this opinion, the case arose when

As Wikipedia explains, a court will grant summary judgment on the part of the moving party if the judge finds that (i) there are no “material” issues of fact that need to be resolved at trial and (ii) when the law is applied to the undisputed facts, the moving party is entitled to judgment. The defendants apparently filed for summary judgment on all of Philbrook’s claims, a motion she opposed.

There were a lot of different claims at issue in the suit, but we’re only concerned with one: Philbrook’s claim that certain of the defendants violated her right to privacy under Massachusetts General Laws c. 214 § 1B. Section 1B says that “[a] person shall have a right against unreasonable, substantial or serious interference with his privacy.”

Philbrook’s claim that certain of the defendants violated this statute arose from her having been arrested on a charge that was later withdrawn. Philbrook v. Perrigo, First Amendment Complaint and Demand for Jury Trial, 2007 WL 4581459 (U.S. District Court for the District of Massachusetts). As part of this arrest, police took a photograph – a mug shot – of Philbrooke. According to her First Amended Complaint,

37. Malden Police Department computers on which the defendant Malden police placed plaintiff Philbrook's booking photograph included computers in view of public parts of the police station, as well as other computers viewable by the public.

40. Another Malden police officer attempted to go up the chain of command to get plaintiff Philbrook's booking photograph removed from its public display on police computers, but was similarly unsuccessful.

The defendants moved for summary judgment on Philbrook’s claim under Massachusetts General Laws c. 214 § 1B. They argued that “using Philbrook’s mug-shot as the `wallpaper’ on police computers did not rise to the level of a violation of privacy under that statute because it depicted only her face and did not show her in a compromising position.” Philbrook v. Perrigo, supra. Philbrook argued, in respose, that “the photography was evidence that she had been arrested and depicted her in a poor light, `crying and obviously upset.’” Philbrook v. Perrigo, supra.

Philbrook lost. The federal judge to whom this case has been assigned granted summary judgment for the defendants on her right to privacy claim. The judge found that

[t]he fact of Philbrook's arrest is part of her criminal offender record, and, as such, she should not have had an expectation of privacy in connection therewith. . . . Furthermore, a mug-shot is not `highly personal,’ as it is part of the official records of the police. It is, moreover, vastly different from a `family photograph’ which is considered to be protected. Although the defendants' conduct was inappropriate, it did not constitute a violation of Philbook's privacy under [Massachusetts General Laws c. 214 § 1B and summary judgment on that issue is proper.

I think the judge was right. I don’t really see how a mug shot can be considered “private” under the Massachusetts statute or under any interpretation of what is private. Philbrook certainly wasn’t in a private place when the photography was taken and she knew it was being taken, so we don’t have any underlying voyeur-style conduct.

There’s also a cause of action, at least in some jurisdictions, for intentional infliction of emotional distress that lets a plaintiff recover damages if the defendant intentionally or recklessly committed an act that cause the plaintiff to suffer emotional distress. I don’t know if Massachusetts recognizes that cause of action and, even if it does, it probably wouldn’t work here. To prevail on a claim of intentional infliction of emotional distress, the plaintiff has to show that the defendant’s conduct was, as Wikipedia notes, “heinous and beyond the standards of civilized decency”. While I don’t like what the officers did with Philbrook’s mug shot, I doubt it meets that requirement.

I really can’t think of anything else . . . which is no doubt why Philbrook’s lawyer went with the violation of privacy claim.

I sure hope that shaking the law tree harder will result in some way to curtail such behavior. All mug shots are public domain? I hope not.

For example, did she sign a model release? OK, that's a little silly but providing a wallpaper is certainly not an authorized use of mug shot.

The wallpaper may not have been commercial but it's a stretch to call it informational either.

And, according to the Stanford Library fair use web page, even informational uses require a release if the person's name or image is used in a defamatory manner or invades the person's privacy.

Now the slippery slope. Can driver license photos be used for non-intended purposes? My permission to take my photo only extends to legitimate uses.I do not place it in public domain.

Is this part of the "implied consent" doctrine? Y'all legal types need to fix this!

Mug shots, at least in Texas, are public records and anyone can ask for and receive a copy. I would assume that it is true in most states since, after all, how do TV news people, TMZ, Smoking Gun, et al., get copies of pics to post? So if it is in the public domain then it seems to me that you cannot complain about what someone does with it. I know a guy who got a mug shot for an ex-girlfriend and sent it to her boss. She got fired.

Are driver's license photos public domain? How about autopsy photos?

I know in some states I can submit an affidavit of intended use and get someone's driving record. Employers and insurance folks do this routinely.

This implies that public records have an intended use and that there are penalties for their misuse. What laws protect us from those who would abuse pubic records? (Who defines what is abuse? )

I believe that much of our privacy has been that of inconvenience. It's been too much trouble to go to the courthouse and get the public records.

Now companies (Intelius for one) pay people to collect data from every courthouse which they sell.

I would assume that mug shots are by definition public domain images.

I would also assume that use of such images by governmental agencies and their employees, be they Federal, State, or Municipal, are subject to internal regulations and perhaps even statute aimed at maintaining professionalism, not only for decorum's sake, but to decrease actual abuse along with decreasing potential liability that might arise from inappropriate uses.

But I also assume that the plaintiff's lawyers failed to present any such regulation or statute, else the ruling would have gone differently.

Public domain doesn't come into play here, since we're not talking about material that has any shot at being copyrighted. . . which brings us to public documents.

I'm sure there are statutes, probably lots of them, that define what a public document or public record is. I'm also sure that mug shots qualify as public records because (i) they're created by employees of a public agency (a law enforcement entity) (ii) for the purposes of carrying out that agency's statutory responsibilities.

Now, as to how "public" they are, as far as I know that will in large part be determined by the extent to which members of the public can gain access to them . . . which will probably involve using a state or federal Freedom of Information Act request.

As to getting information from courthouses, that information has historically been public (except when compelling reasons require that it be sealed for a period of time). So anyone has always been able to walk into a courthouse and review court filings and/or copy them. Now you can do that online in many courts.

So court filings and proceedings are different.

This one is for Robert Link:

I agree with you as to the existence of regulations requiring employees of state and federal agencies to keep public records private insofar as doing that is consistent with the agency's mission (which, as I noted above, means courts are a little different).

The plaintiff's failure to base a claim on the officers' alleged failure to comply with internal regulations, if any existed (who'd think of needing a "you can't use mug shots as wallpaper" rule?) MIGHT mean that none existed.

It might also mean that what the officers allegedly did violated a state or agency rule on maintaining the privacy of mug shots (which I tend to doubt) but that state law doesn't create a private cause of action for failing to follow the rule. That's not unusual: An agency creates a rule, the sole sanction for which is to fire or otherwise discipline the employee who violated the rule. That gives the agency a way to control what its employees do without opening it up to a lot of perhaps unnecessary litigation.

okay i'm just going to come out and say it the malden police department has done this to many many people, they are scum corrupted and this by far won't be last time a suit won't be filed ( seeing the officers names involved) it truly makes me sick to my stomach that they still have their jobs

The only scum here is the person bringing this bogus case forward and the lawyer who took this case.

How's about not getting arrested in the first place and then you wouldn't have to worry about where your mug shot was?