Copying as Search and Seizure 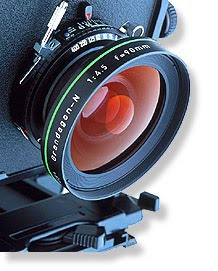 In other posts, I’ve argued that copying data is a “seizure” under the 4th Amendment.

As I explained in those posts, if copying is a 4th Amendment seizure, law enforcement officers must either get a warrant authorizing the seizure or be able to use one of the exceptions to the warrant requirement to justify copying the data. As I noted, if copying data is neither a search nor a seizure, law enforcement officers can copy data without satisfying any of the 4th Amendment’s requirements.

In the earlier posts I explained why I think copying is a seizure, not a search. I also noted that the issue hasn’t come up much; the only reported decision explicitly addressing it is U.S. v. Gorshkov, 2001 WL 1024026 (U.S. District Court for the Western District of Washington 2001), which I discussed in an earlier post.

U.S. v. Gorshkov, supra. I disagree. As I’ve explained in earlier posts, I think copying involves a transfer of some quantum of the value or utility of property, such as data, and therefore constitutes a 4th Amendment seizure.

Another federal district court judge considered the same issue last year, and reached a very different result. The case is U.S. v. Jefferson, 571 F.Supp.2d 696 (U.S. District Court for the Eastern District of Virginia 2008), which I discussed in an earlier post. In that post, I focused on the court’s analysis of whether an FBI agent’s photographing a printed PowerPoint presentation resulted in a seizure of evidence that was justifiable under the plain view doctrine.

This post is going to focus on how the Jefferson court dealt with the preliminary issue: whether photographing the presentation was a 4th Amendment search and/or seizure. If you want a summary of the facts that led to the agent’s photographing of the presentation, please see my prior post on the case.

All we’re concerned about here is whether photographing the presentation was a 4th Amendment search and/or seizure. Jefferson seems to have argued it was both. The federal district court judge who ruled on Jefferson’s argument began his analysis by outlining the applicable law:

The Fourth Amendment protects the `right of the people to be secure in their persons, houses, papers, and effects against unreasonable searches and seizures.’ . . . Accordingly, it is first necessary to determine whether photographing documents . . . constitutes either a search or a seizure as those terms are used in the Fourth Amendment context. A `search’ occurs when `an expectation of privacy that society is prepared to consider reasonable is infringed.’ Maryland v. Macon, 472 U.S. 463 (1983). A `seizure’ occurs when `there is some meaningful interference with an individual's possessory interests in the property seized.’ [Maryland v. Macon, supra.] The question, then, is whether taking photographs or notes constitutes a meaningful interference with an individual's possessory privacy interest in the property seized.

The judge explained that the U.S. Supreme Court has held that the 4th Amendment’s provisions encompass “intangible as well as tangible possessory interests.” U.S. v. Jefferson, supra. He found that the Supreme Court’s decisions in Katz v. U.S., 389 U.S. 347 (1967) and Hoffa v. U.S., 385 U.S. 293 (1966) both “support the proposition that an individual has a possessory privacy interest in intangible information”. U.S. v. Jefferson, supra. (I discussed the Katz case in a post I did last June and the Hoffa case in a post I did last August.)

The judge then held that photographing the PowerPoint presentation was at once a 4th Amendment search and a seizure:

Taken together, Hoffa [and] Katz . . . stand for the proposition that the Fourth Amendment protects an individual's possessory interest in information itself, and not simply in the medium in which it exists. In essence these cases recognize that the Fourth Amendment privacy interest extends not just to the paper on which the information is written or the disc on which it is recorded but also to the information on the paper or disc itself. It follows from this that recording the information by photograph or otherwise interferes with this possessory privacy interest even if the document or disc is not itself seized.

U.S. v. Jefferson, supra. The judge noted that the Supreme Court has not addressed

The judge found that any other result would

significantly degrade the right to privacy protected by the Fourth Amendment. Thus, if Fourth Amendment protection did not extend to the information reflected in books and documents, then there would be no constitutional bar to police entering an individual's home pursuant to a lawful warrant and then evading the warrant's limits by recording every detail of the premises and its contents by way of high-resolution photographs . . . in a search for evidence of crimes unrelated to the matter giving rise to the warrant. To put this point more concretely, failure to recognize that photographing . . . private information, without seizing the medium on which the information exists, constitutes a seizure under the Fourth Amendment would allow the government to ignore a narrowly circumscribed warrant in searching a premises containing volumes of documents by simply photographing the documents without removing them, and then reviewing the documents at length back at the station house.

I think this judge was absolutely correct when it comes to photographing documents or other items containing informational content. Photographing anything is a way of copying it: Photographing a physical item – a TV set or a gun – makes a partial copy of the item; the photograph captures information about the item (model of the TV or type of gun + the condition either is in) but does not replicate physical item itself. Photographing the contents of a document essentially replicates the document; the copy won’t contain the actual physical attributes of the document (fingerprints, evidence of the paper and ink used to make it, etc.), but it captures the substance of the document.

I’d argue that photographing physical items, including documents, produces a less than complete version of the original item, which I don’t think undermines the Jefferson judge’s analysis. It seems to me a search is a search and a seizure is a seizure for 4th Amendment purposes, regardless of whether it is a total search/seizure or a less than complete (non-zero-sum) search or seizure. The point is that a transfer has taken place that implicates 4th Amendment values in privacy and/or possession.

I think the judge’s conclusion that photographing the PowerPoint presentation was both a search and a seizure is correct given how the photographing had to be done. I was using this case in a presentation a couple of days ago, and an audience member quite correctly pointed out that to photograph the entire presentation (which was apparently lying on a desk), the agent had to flip through the pages. Since the agent must have flipped through the pages of the presentation, he saw what was on each of them; his looking, however briefly, at the content of the pages was a search because a human being observed what was on them. Until he flipped through them, the pages were not visible and so remained private; looking at them compromised that privacy, therefore constituting a 4th Amendment search.

Now let’s extrapolate the Jefferson court’s analysis of photographing documents to the process of copying computer data. I think the seizure part of his analysis applies to copying data because, as the Jefferson judge noted, copying results in a transfer of the information contained on the hard drive that’s copied. Since copying results in a transfer of information (data), we have a 4th Amendment seizure, for the reasons I’ve outlined in earlier posts.

I’m not at all sure that copying data is a search because copying data is an automated process. An agent can copy a hard drive without having to “flip the pages,” as it were. That is, an agent or officer can copy a hard drive without ever looking at the data it contains. That, I think, differentiates the process of copying data from the process of photographing documents; if the process doesn’t necessarily involve direct observation of the information by a human being, I don’t see how it can be a search. (The search, of course, comes later . . . when a human being analyzes what’s on the hard drive.)

Unfortunately, perhaps (it could have gone the other way), none of that happened. Jefferson did appeal one issue to the U.S. Court of Appeals for the Fourth Circuit, but not the photographing-as-search-and-seizure-issue. He obviously didn’t appeal that issue because he won on it at the trial court level. So since the U.S. Department of Justice didn’t appeal the issue, all we have is the district court judge’s opinion. It will be interesting to see what other courts do with this issue.

Posted by Susan Brenner at 8:32 AM

"We agree that the mere recording of the serial numbers did not constitute a seizure. ... In and of itself, however, it did not "meaningfully interfere" with respondent's possessory interest in either the serial numbers or the equipment, and therefore did not amount to a seizure. ... Officer Nelson's moving of the equipment, however, did constitute a "search" separate and apart from the search for the shooter, victims, and weapons that was the lawful objective of his entry into the apartment. Merely inspecting those parts of the turntable that came into view during the latter search would not have constituted an independent search, because it would have produced no additional invasion of respondent's privacy interest. ... But taking action, unrelated to the objectives of the authorized intrusion, which exposed to view concealed portions of the apartment or its contents, did produce a new invasion of respondent's privacy unjustified by the exigent circumstance that validated the entry. ... A search is a search, even if it happens to disclose nothing but the bottom of a turntable."" Arizona v. Hicks, 480 US 321

I believe this is the more rational approach. A "seizure" interferes with a possessory interest. A "search" violates a privacy interest.