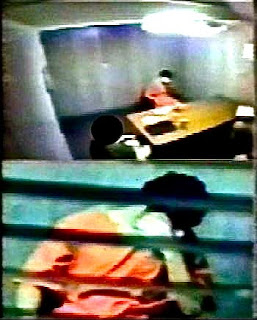 In my last post, I essentially argued that the explicit language of the 4th Amendment doesn’t give courts the constitutional authority to impose requirements such as requiring the government to forfeit its right to rely on the plain view doctrine.

I focused on the forfeit-the-plain-view-doctrine requirement because I think it’s the hardest to justify of the five requirements the Ninth Circuit Court of Appeals articulated in the Comprehensive Drug Testing opinion.

I think two of the other requirements (search protocols for computer warrants and the segregation of computer data) are difficult to justify for the same reasons that, IMHO, make the plain-view-forfeiture requirement difficult to justify. I think the two remaining requirements (warrant application must disclose actual risks of destruction of evidence and returning non-responsive data) can be justified if not by the plain language of the 4th Amendment, then by doctrines the U.S. Supreme Court has articulated as it’s parsed the Amendment.

This post isn’t about any of that. It’s about whether we can derive the Ninth Circuit’s constitutional authority to impose the first three requirements (for the purposes of analysis, we’ll assume the last two are fine under existing law) from something other than the plain language of the 4th Amendment . . . and that brings me to Miranda.

As I assume everyone knows, in Miranda v. Arizona, 384 U.S. 436 (1966) the U.S. Supreme Court held that statements someone makes who is in police custody (i.e., has been arrested or is being detained by officers) are not admissible in court unless he was (i) warned of his “right to silence” and “right to counsel” and (ii) knowingly, intelligently and voluntarily waived both rights and agreed to speak to police. The person must be warned that (i) he has the right to remain silent, (ii) anything he says can and will be used against him, (iii) he has the right to have an attorney present at questioning and (iv) if he can’t afford a lawyer one will be appointed for him.

The Miranda Court said its decision addressed “the necessity for procedures which assure that the individual is accorded his privilege under the Fifth Amendment to the Constitution not to be compelled to incriminate himself.” Miranda v. Arizona, supra. It did not say that what have come to be known as the Miranda “rights” are part of the 5th Amendment. Instead, the Court said they were “procedural safeguards effective to secure the privilege against self-incrimination.” Miranda v. Arizona, supra.

In a subsequent decision – U.S. v. Mandujano, 425 U.S. 564 (1976) – the Supreme Court made it very clear that the Miranda “rights” go far beyond what is required by the 5th Amendment. The Mandujanoth Amendment: Court explicitly held that there is no right to silence under the 5 Instead, the individual must refuse to answer each question as it is asked, and can only refuse to answer if by doing so she would implicate herself (not her mother, not her son) in criminal activity. If the individual answers a question, she waives the 5th Amendment on that privilege and can be required to answer further questions on that topic. And the Mandujano Court said there is absolutely no right to counsel under the 5th Amendment. (If you want to know more about the Mandujano Court’s reasoning, you can read the opinion via the link above.)

In other decisions the Supreme Court has repeatedly said the Miranda rules are “not themselves rights protected by the Constitution but [are] instead measures” intended to protect the 5th Amendment privilege. Michigan v. Tucker, 417 U.S. 433 (1974). In multiple opinions, the Court has described the Miranda rules as “prophylactic rules designed to safeguard the core constitutional right protected by the Self-Incrimination Clause” of the 5th Amendment. Chavez v. Martinez, 538 U.S. 760 (2003).

This characterization of the Miranda rules is consistent with Justice Warren’s opinion for the Miranda majority. He explains, in great detail, that the Court is compelled to create this new set of standards for interrogations because a new “evil” has arisen, one that cannot be adequately addressed by the sole standard that then existed – a due process standard that banned the use of physical abuse during interrogations.

Warren explains, again in great detail, that the old rule is inadequate because police have shifted to using psychological coercion in interrogations; he uses empirical sources to explain the techniques police are using and buttress his argument that the use of these techniques undermines individuals’ ability to invoke their 5th Amendment privilege. Warren says the Court is creating the Miranda rules as a device – a set of tools people can use to resist the pressure of psychologically-based interrogation. He says the rules are necessary to protect the 5th Amendment and in doing so implicitly suggests that the 5th Amendment gives the Court the power to adopt and enforce the Miranda rules. He never actually explains what the connection between the two is.

I could be wrong about that, but let’s assume I’m not. If the plain language of the 4th Amendment doesn’t support the approach the Ninth Circuit outlined in Comprehensive Drug Testing, then that approach is either unconstitutional or its constitutionality has to be justified on some other basis.

As I thought about that, it occurred to me that there are certain parallels between the Comprehensive Drug Testing court and the Miranda Court: Both were addressing what they considered to be new and highly problematic challenges to the implementation of one of the guarantees of the Bill of Rights. For the Miranda Court, the challenge was psychologically-based interrogation; for the Comprehensive Drug Testing court, it was the empirical complications digital technology introduce into the processes of searching for and seizing evidence.

As I explained in my original post on the Comprehensive Drug Testing case, that court explained that simply applying conventional search and seizure procedures to digital evidence “creates a serious risk that every warrant for electronic information will become, in effect, a general warrant, rendering the Fourth Amendment irrelevant.” U.S. v. Comprehensive Drug Testing, Inc., 2009 WL 2605378 (U.S. Court of Appeals for the Ninth Circuit 2009).

I actually agree with everything the Ninth Circuit said about the complications digital evidence creates for 4th Amendment analysis and about why we cannot simply continue to apply the rules that govern physical searches and seizures to digital searches and seizures. As I’ve noted before, my concern lay not with the premise of the opinion but with the court’s authority to implement the solution it adopted (or at least aspects of the solution it adopted).

If I had to justify the Ninth Circuit’s implementing this solution, I might derive its authority to do so from a Miranda-style argument. That is, I might argue that the Ninth Circuit, like the Miranda Court, confronted an empirical environment that had changed in ways that made the application of traditional constitutional principles increasingly problematic. I would then need to develop a theory that explains why the Supreme Court has the constitutional authority to promulgate and enforce prophylactic rules that go far beyond what the 5th Amendment requires with regard to interrogations; it’s certainly possible to do that. Law professors came up with such theories while Dickerson was pending in the Supreme Court (which, of course, ignored all of them).

I would then demonstrate why that theory is equally applicable for other constitutional guarantees, such as the 4th Amendment. I would have to show that the constitutional authority to promulgate and enforce prophylactic rules that exceed basic constitutional requirements is not unique to the 5th Amendment . . . which I suspect wouldn’t be that difficult. Logically, if the Supreme Court can promulgate and enforce prophylactic rules to protect the core values secured by one of the provisions of the Bill of Rights, it seems to follow that the Supreme Court (and, by extension, lower courts) can do the same thing to protect the values secured by another provision of the Bill of Rights.

I have neither the space nor the ambition to try to develop any of that in detail here . . . and I suspect you’d just as soon not have to read all of that. I’m sure these arguments can be made, probably without much difficulty. All that would be involved is deriving the courts’ authority to promulgate these prophylactic rules and extrapolating that authority to the 4th Amendment context.

Extrapolating that authority to the 4th Amendment context would involve doing two things: One is demonstrating that the need and justification for prophylactic rules isn’t limited to the interrogation context; prosecutors might argue that the Miranda Court was dealing with a problem that was uniquely compelling because, say, interrogation truly pits the individual against the power of the state. I’d have to rebut that argument by showing that the justification is broader and applies with equal force to the 4th Amendment’s concern with protecting individual privacy. (I could say that here we also have a confrontation between the individual and the state the outcome of which jeopardizes the individual’s rights to privacy and liberty.)

The other thing I’d have to do to extrapolate that authority to the 4th Amendment context is to show that digital evidence creates the potential for an “evil” comparable in severity to the “evil” the Miranda Court saw in psychologically-based interrogation. Prosecutors would probably argue that extant 4th Amendment principles are perfectly adequate to protect individual privacy even in the context of digital evidence searches. I’d have to be able to show why that isn’t true which, again, I don’t think would be that difficult. I could start with some of the things the Ninth Circuit said in the Comprehensive Drug Testing case and go on from there.

I’m not saying I could put together a perfect argument or even one that would win. I am saying that I think what the Supreme Court did in Miranda creates the opportunity for an argument along the lines of the one I’ve outlined here.

I think the interesting thing is that the Ninth Circuit didn't even bother to make such an argument. The obvious question is, why not? Why didn't Judge Kozinski even try to make the opinion sound like it had a traditional legal basis?

As I see it, it's possible that the opinion was intended to bait DOJ into getting the decision reversed, just to get the issue of computer search and seizure onto the Supreme Court's radar screen. Alternatively, perhaps it was intended as a supervisory powers decision, not a constitutional decision at all, and the Ninth Circuit judges didn't bother to research (or were unconcerned by) the relatively narrow view of the federal supervisory powers that the Supreme Court has adopted.