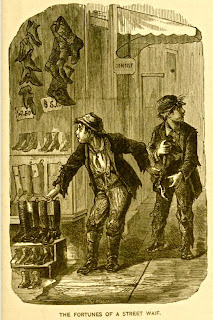 In both instances, the crime (possessing burglar’s tools or attempting to commit a target crime like murder) is incomplete. That is, both of these crimes impose criminal liability on someone who hasn’t actually committed a real crime (e.g., murder, rape, arson, etc.) but whose conduct indicates that he’s on the path to committing such a crime. So we create these incomplete (or inchoate) crimes to let law enforcement intervene before the person goes ahead and commits the crime he or she is planning.

According to the Virginia Court of Appeals, these are the facts that resulted in Gheorghiu’s being charged with this assortment of crimes:

At approximately 8:00 a.m. on September 21, [Gheorghiu] accessed a program file on his laptop computer, interfacing the computer with a `remagger,’ a device that enables a person to read and write data to the magnetic strip on the back of a plastic card. It is unknown where [Gheorghiu] was when he accessed this program file. Throughout the day, [he] attempted to use stolen credit card numbers to purchase goods and services in Alexandria, Arlington, and Fairfax County, and some of these attempts were successful.

After 4:00 p.m. on September 21, [Gheorghiu] was stopped for speeding in Arlington County. The police officer discovered [he] had an outstanding warrant in New Jersey and took [him] into custody. [Gheorghiu]'s cousin was permitted to leave on foot. A search of the Trailblazer yielded [Gheorghiu]'s laptop, a thumb drive, and five compact discs, all of which contained stolen credit card information. . . . [Gheorghiu] possessed approximately 100 stolen credit card names and numbers. In addition, twelve credit cards were found in the vehicle, eleven with [Gheorghiu]'s name on them, but only three cards had numbers encoded on the magnetic strip that matched the engraved number on the front of the credit card.

We aren’t concerned with Georghiu’s conviction on the credit card and identity theft charges. Our concern lies with the single charge of possessing burglarious tools. At trial, Georghiu argued that this charge “should have been stricken,” but the trial court declined to strike the charge and the jury convicted Georghiu on it. Gheorghiu v. Commonwealth, supra.

On appeal, Georghiu argued that the trial court

erroneously denied his motion to strike a charge of possession of burglarious tools, in violation of [Virginia Code § 18.2-94]. The charge related to [his] possession of electronic defices, such as the laptop and the remagging device, that he used to record and encode the victims' identifying information on the fabricated credit cards. [Georghiu] contends that [§ 18.2-94] is not applicable to statutory offenses involving the credit card crimes for which he was convicted. Therefore, appellant contends that his conviction under [Virginia Code § 18.2-94] was improper.

After reviewing the evidence presented at trial, the Court of Appeals found that the

Commonwealth did not charge [Georghiu] with burglary, robbery, or larceny; however, the Commonwealth contends the evidence proved that [he] possessed the laptop and remagger device `with a larcenous intent to steal.’ Ample evidence established the inference that [Georghiu] intended to defraud his victims, but whether [he] intended to commit larceny is a separate matter. Larceny, a common law crime, is `the wrongful or fraudulent taking of another's property without his permission and with the intent to permanently deprive the owner of that property.’ Britt v. Commonwealth, 276 Va. 569, 667 S.E.2d 763 (Supreme Court of Virginia 2008). At no time during [Georghiu]’s trial did the Commonwealth establish that he intended to commit common law larceny.

While [Georgjiu] fraudulently obtained (or attempted to obtain) goods or services using stolen credit card numbers, these statutorily enacted offenses constituted different crimes than common law larceny. These offenses are also unlike the crime of obtaining money by false pretenses. A person who obtains money by false pretenses is deemed guilty of larceny. . . . Here, the Commonwealth provides no real basis for its contention that [Gheorghiu] actually intended to commit common law larceny -- as opposed to the crime for which he was charged -- other than its claim that appellant vaguely intended `to steal.’

Therefore, the Commonwealth failed to establish that [Gheorghui] possessed the laptop and remagging device with the intent to commit burglary, robbery, or larceny. . . .

Gheorghiu v. Commonwealth, supra. The Court of Appeals (i) reversed Gheorghui’s convictio on the possession of burglarious tools charge but (ii) affirmed his conviction on the other charges.

In a separate opinion, Court of Appeals Judge Humphreys agreed with

the analysis and judgment of the majority in holding that the evidence presented was insufficient given the offense charged in the indictment. . . . I digress to emphasize [that this case] aptly illustrates what this Court has observed with increasing frequency -- either an inexcusable lack of awareness by many prosecutors of the existence of statutes that the General Assembly has seen fit to tailor to specific conduct or the failure of many of the Commonwealth's prosecutors to effectively review the appropriateness of the charges before presenting indictments to a grand jury.

I can’t opine as to whether the prosecutor in the case acted “inexcusably” or ineffectively in charging Gheorgui with possession of burglarious tools, but I think Judge Humphreys has a good point about the proliferation of specialized criminal statutes. While that is good in one respect (it gives prosecutors the tools they need to commit computer based crimes that differ in certain important respects from traditional offenses), it also has its downside. One downside, as Judge Humphreys points out, is that prosecutors may be ignorant as to the existence of some statutes and/or confused as to the relationship between older and newer crimes. Another downside I’ve seen is that the proliferation of specialized statutes may result in a prosecutor’s deciding to charge someone under one of the new, specialized statutes when the case would more properly be brought under a traditional criminal statute.

One final point: You may wonder why Gheorghiu’s lawyers made such an effort to challenge the possession of burglarious tools when it was only one of many (53 by my count) charges brought against him. There are two good reasons for their doing that: One is that it’s their ethical duty to do the best they can for their client, and getting even one charge tossed out improves Gheorghiu’s situation. That charge might play a role in sentencing or career offender calculations or otherwise have a detrimental effect on his incarceration, etc. Another reason is that by challenging his conviction on this charge and winning, they clarified the law in Virginia, i.e., they established that credit card theft cannot support a charge of possession of burglarious tools. At a minimum, that may prevent some future prosecutor from erroneously filing such a charge.

Wow . . . sorry about that. Yes, indeed, should read" gives prosecutors the tools they need to PROSECUTE THOSE WHO commit computer based crimes . . . . "