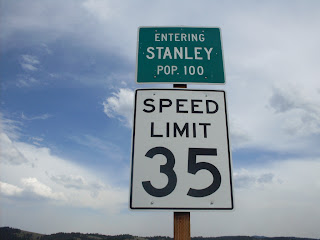 Impossibility is another defense someone who has been charged with a crime can claim. As Wikipedia explains, U.S. criminal law traditionally distinguished between factual and legal impossibility.

Factual impossibility exists when circumstances of which the defendant was unaware made the commission of the crime he intended to carry out impossible. Assume, for example, that John Doe is beyond fed up with his neighbor, Ralph Roe. Doe (not being the most stable person in the world) decided the only solution is for him to kill Roe, so he buys a gun and spends a few weeks watching Roe to learn his schedule. He learns Roe sits outside in his backyard after dinner, so one night Doe takes his gun and goes into the backyard and shoots Roe, fully intending to kill him. What Doe didn’t know is that Roe died half an hour earlier of a heart attack.

It was factually impossible, given the circumstances, for Doe to commit murder because murder consists of purposely killing another human being. Doe didn’t kill a human being; he shot a corpse (which might be prosecuted as abuse of a corpse). The way the law deals with factual impossibility is to say to someone like Doe, “Okay, you didn’t commit murder but you tried your best to commit murder, so we’re going to prosecute you for attempting to murder Roe.”

Legal impossibility is a complete defense to a charge of actually committing a crime (Doe’s killing Roe) or one of attempting to commit a crime (Doe’s attempting to kill Roe but being arrested before he tried to do so and before Roe died of natural causes). It’s a defense for a very simple reason: In either instance, there’s no crime to charge the person with.

And that brings us to U.S. v. Iorio, 2008 WL 4006726 (U.S. District Court for the Middle District of Pennsylvania 2008). In 2008, Iorio was indicted for “attempting to entice a minor to engage in sexually explicit conduct for the purpose of producing a visual depiction of such conduct” in violation of 18 U.S. Code § 2251(a). U.S. v. Iorio, supra. Note that he was charged with attempting to violate the statute, not with violating it. The attempt charge arose from these facts:

From March 2007 until February 2008, a law enforcement agent posing as the mother of a ten year old child, and later the fictitious child herself, corresponded with [Iorio] via computer. In the course of these conversations, [he] sent the law enforcement agent child pornography and expressed interest in videotaping himself having sex with the child. No actual minor ever existed. No meeting was ever arranged. . . .

Iorio moved to dismiss this charge, arguing that the statute “requires the involvement of an actual minor, and no minor was involved.” U.S. v. Iorio, supra. The district judge who had the case granted the motion and dismissed the count; the government then obtained a superseding indictment (i.e., a new indictment against Iorio based on the same facts) in which the § 2251(a) count was phrased differently than in the first indictment. U.S. v. Iorio, supra.

Iorio moved to dismiss this charge, as well; his argument primarily focused on the claim that the dismissal of the original charge was a decision on the merits that barred the government from trying again. It wasn’t really a double jeopardy argument because jeopardy doesn’t attach for the purposes of that principle until the trial begins. Iorio’s argument was based on what’s known as res judicata which, according to Wikipedia, translates as “`a matter [already] judged’”. It simply means that once something’s been decided, it can’t be raised again.

The judge in the case found that the dismissal of the first version of the § 2251(a) charge “was clearly in error”. U.S. v. Iorio, supra. In ruling on Iorio’s motion to dismiss the § 2251(a) count in the superseding indictment, she explained that Iorio was

charged not with the substantive offense of enticement codified at § 2251(a), but rather the distinct inchoate offense of attempting to violate that statute. The crime of attempt requires the satisfaction of two elements: (1) the defendant must act with the culpability required for the underlying offense, and (2) . . . must engage in conduct that constitutes a substantial step towards commission of that offense. . . . This court's previous opinion held that the involvement of an actual minor is required to sustain a conviction for attempting to violate § 2251(a). Indeed, the plain language in the statutory definition of minor requires the involvement of an actual minor for the substantive offense. . . . [B]ecause [Iorio] is charged with attempting to violate the statute, rather than the completed crime, the government need only establish that [he] acted with the requisite mens rea and took a substantial step towards commission of the underlying offense. Thus in order to secure a conviction, the government must prove that [Iorio] believed he was communicating with an actual minor, but no actual minor need be involved.

U.S. v. Iorio, supra. The judge found she erred in dismissing the original charge, which meant that the dismissal in no way barred the government from bringing the new charge.

She also noted that Iorio’s argument as to the lack of an actual minor implicated the defense of impossibility:

[T]he facts of this case suggest a claim of factual, rather than legal impossibility. Here, there is no dispute that the government agent held herself out as a ten year old child. The fact that the agent was actually an adult female is an extraneous circumstance allegedly unknown to [Iorio]. Thus this case presents a claim of factual, rather than legal impossibility. By contrast, if it were alleged that the Defendant was under the mistaken belief that it was illegal to entice a twenty year old, and the agent had held herself out as a twenty year old, then [Iorio] could successfully assert a defense of legal impossibility, because the intended act, even if completed, would not have constituted a crime.

Defendants charged with violating § 2251(a) or similar state provisions by attempting to entice a minor to engage in sexual conduct often try to use the defense of impossibility to have the charge dismissed. They, like Iorio, say that since they were communicating with an adult, not a minor, it was impossible for them to have committed the crime of enticing an actual minor. If a defendant, like Iorio, is charged with attempting to commit the crime, he will lose on that argument because factual impossibility is not a defense to an attempt charge.

The same will be true if the defendant is charged under a statute that incorporates the factual impossibility issue into its definition of the offense. Here, for example, is Idaho’s “enticing of children over the Internet” statute:

Idaho Code § 18-1509A(1) (emphasis added). Instead of defining the crime of enticement and making it another crime to commit enticement, statutes like these incorporate factual impossibility by making it a crime to entice (i) a real child or (ii) someone the perpetrator believes to be a real child.