Fraud on the Court 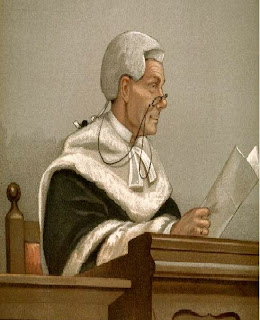 This post isn’t about a cybercrime case, as such. It is about a kind of related conduct which, in the case I’m going to talk about, involved fabricating an email.

On December 18, 2000, [Suni] Munshani commenced this action seeking $25 million in damages on theories of breach of contract, unjust enrichment, and breach of G.L. c. 93A. He alleged oral promises made by the individual defendants, Barton W. Stuck and Michael E. Weingarten, to Munshani, on which Munshani purportedly relied as an inducement to raise capital for Stuck and Weingarten. These individual defendants are in the venture capital business and both are founders, shareholders, and managing directors of defendant Signal Lake II, LLC. Their largest single investment was in a company called Terago Communications, Inc. (Terago), on whose board both individual defendants served.

In their answer . . .the defendants denied Munshani's claim and asserted. . . Munshani had lied to them about his background concerning involvement in litigation and bankruptcy. While acknowledging there had been discussions with Munshani concerning his potential role and compensation by the defendants, the defendants asserted there was never any agreement between the parties, principally because Munshani kept changing and increasing his demands. Among the defendants' defenses to Munshani's claim for breach of contract was a Statute of Frauds affirmative defense.

At the time he initiated the State court proceedings at issue in this appeal, Munshani commenced a companion action in the United States District Court for the District of Massachusetts against Terago, claiming he was entitled to 1.2 million shares of Terago stock based on the same alleged services that formed the basis for his claims in the State court action. Munshani successfully opposed the defendants' motion to dismiss the Federal complaint based on a Statute of Frauds defense by submitting an electronic communication (e-mail) he allegedly received from Terago's president. The Federal judge concluded that the e-mail sufficed . . . to take the case out of the Statute of Frauds. The same e-mail was subsequently submitted in the State court proceedings. It is this e-mail, which was not in fact written or sent by Terago's president, that is at the heart of this appeal.

Munshani’s suit was at least partially a breach of contract action. The Statute of Frauds is a defense that can be raised in such an action. As Wikipedia explains, the “statue of frauds refers to the requirement that certain kinds of contracts be memorialized in a signed writing.” Among other things, the Statue of Frauds applies to contracts that can't be performed within one year, contracts for the sale of goods above a certain value and contracts in which one party becomes a surety for another party’s debt or other obligation. Wikipedia, supra. If a defendant raises a Statute of Frauds defense, the plaintiff can rebut it by showing that the contract was memorialized in writing.

It was apparently after Munshani submitted the same email in the state court proceedings (presumably to block a Statute of Frauds defense in that case, as well) that the defendants moved for an order “seeking the preservation and production for copying all of Munshani’s computer hard drives and related back-up tapes”. Munshani v. Silver Lake, supra. The defendants alleged “that the e-mail submitted in the Federal case was fraudulent”. Munshani v. Silver Lake, supra.

Munshani opposed the motion. . . Munshani submitted an affidavit . . . stating, `I did not tamper or alter the e-mail in any way.’ Munshani acknowledged that Hemant Trivedi (Terago's president and the purported sender of the e-mail in question) had prepared an affidavit stating that Trivedi had not sent the e-mail . . ., and Munshani . . . recognized that `[t]he record suggests that either Munshani or Trivedi has submitted a false affidavit.’ Munshani thus proposed that a neutral expert be appointed by the Superior Court judge to investigate the `extremely serious’ allegations. On March 9, 2001, the judge accepted Munshani's proposal and appointed a neutral expert to investigate the allegations relating to the e-mail's authenticity.

147-page report in which he concluded that the e-mail was `clearly not authentic.’ The judge allowed twenty-one days for comment on the report. Munshani filed no objections but, on the very last day of the comment period, submitted a written response invoking his privilege against self-incrimination pursuant to the Fifth Amendment of the United States Constitution. . . . Munshani's response [stated] that he `therefore declines to testify about or respond to the [expert's report].’ The judge accepted the expert's report in its entirety. . . . . [and] the judge inferred from Munshani's response that his affidavit concerning the e-mail was wholly false and a deliberate and intentional fraud on the court. . . . The judge noted that throughout the entire process Munshani . . . never came forward to reveal his fraudulent conduct. The judge thus dismissed Munshani's complaint with prejudice and ordered him to pay the costs and fees of the expert, as well as the defendants' attorney's fees and costs related to the discovery of Munshani's fraud.

Munshani v. Silver Lake, supra. (As I noted in an earlier post, parties can take the 5th Amendment privilege in the context of civil litigation as long as their testimony would implicate them in the commission of a crime.)

Here is how the trial court explained Munshani’s fabrication of the false email:

`[T]he expert's conclusion establishes that Munshani took the header from another e-mail sent to him by Mr. Trivedi, altered the substance of that e-mail to provide supporting evidence that would avoid a statute of frauds defense, and then provided the altered e-mail in response to documentary production and urged its authenticity in sworn affidavits in the Federal Court and in this Court.’

The trial court’s dismissal of Munshani’s action was based on the judge’s finding that what Munshani did constituted fraud on the court. Munshani appealed the dismissal, arguing that it did not. Munshani v. Silver Lake, supra.

The Court of Appeals began its analysis of Munshani’s argument by explaining what constitutes “fraud on the court:”

Fraud on the court involves the most egregious misconduct . . . be by parties as well as by their attorneys. . . The court in Rockdale [Mgmt. Co. v. Shawmut Bank, N.A., 418 Mass. 596, 638 N.E.2d 29 (Massachusetts Supreme Court 1994)] adopted the definition of fraud on the court detailed by the United States Court of Appeals for the First Circuit: Aoude v. Mobil Oil Corp., 892 F.2d 115 (1989): `A ‘fraud on the court’ occurs where it can be demonstrated, clearly and convincingly, that a party has sentiently set in motion some unconscionable scheme calculated to interfere with the judicial system's ability impartially to adjudicate a matter by improperly influencing the trier or unfairly hampering the presentation of the opposing party's claim or defense.’ Rockdale Mgmt. Co. v. Shawmut Bank, N.A,.

The Court of Appeals held that (i) Munshani’s conduct constituted fraud on the court and (ii) the dismissal of his action was an appropriate sanction for what he did. Munshani v. Silver Lake, supra. It found that Munshani (i) “set in motion an unconscionable scheme” to defraud two courts, (ii) that was calculated to influence the decision of the state court judge (and apparently did influence the federal court judge) and (iii) that could have “`dramatically changed the face of the [state court] case’” had it not been discovered. Munshani v. Silver Lake, supra.

I decided to do a post on this issue because the case involves allegations of fraud (and sanctions for fraud) even though it isn’t a criminal case. In dismissing Munshani’s action, the trial court judge noted that

`courts are at the mercy of litigants and their advocates . . . in the often difficult search for truth. The ability to discover fraud in the process, particularly sophisticated computer fraud, is greatly limited. Thus, the imposition of strong sanctions is one of the very few ways of deterring such activity in the future. This Court intends such a message here.’

I wondered if Munshani could have been charged with obstructing or attempting to obstruct justice (assuming the facts stated in this opinion are accurate and could be proven beyond a reasonable doubt), but I can’t find a Massachusetts statute or reported decision that says evidence-tampering constitutes obstruction of justice in violation of Massachusetts law. It must be. If it is, the civil court judge’s dismissing his action as a sanction for fraud on the court probably wouldn’t bar the commencement of a criminal case based on the same conduct. Hudson v. United States, 522 U.S. 93 (1997).

Posted by Susan Brenner at 2:25 PM