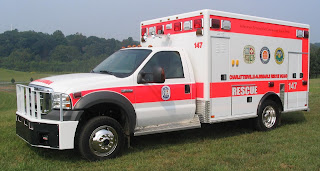 As an affirmative defense, necessity operates the same way as self-defense or defense of property. All three defenses are used to show that while the defendant committed a crime (e.g., assault, property damage or even murder) he/she was justified in doing so.

The Model Penal Code (which, as I’ve noted, is a template of criminal laws that was drafted by the American Law Association) renamed the necessity defense and slightly altered its substance. Section 3.02 of the Model Penal Code creates the “choice of evils” defense. Under § 3.02(1), “[c]onduct that the actor believes to be necessary to avoid a harm or evil to himself or to another is justifiable, provided that . . . the harm or evil sought to be avoided by such conduct is greater than that sought to be prevented by the law defining the offense charged”.

Here’s a simple example of the defense of necessity (or choice of evils): Your spouse is having a major heart attack and you know he/she needs to get to the emergency room as soon as possible; you also know that if you call and wait for an ambulance you’ll lose precious time. So you put your spouse into a car and drive 50 miles an hour down a street with a 35-mile per hour speed limit and get to the hospital much faster than the ambulance would have gotten to you. You committed the “crime” (very minor crime) of speeding but, by doing so, you saved your spouse’s life. If you can show that what you did saved your spouse’s life and that he/she would have died (or suffered some lasting impairment) had you not done what you did, then you qualify for the necessity/choice of evils defense. Basically, you say you had a choice of a greater evil (death/impairment) or a smaller evil (speeding) and you choice the smaller evil to avoid the greater one.

And that brings us to People v. Ackenheil, 2002 WL 31716533 (California Court of Appeals 2002). Here are the facts that led to Blair Ackenheil’s being charged with theft of computer data in violation of California Penal Code § 502(c)(2):

Purifying Systems stored . . . customer information in computer files. . . . Debra Pinick, maintained the. . . files. . . . Ackenheil did not access the computer as part of his duties.

On January 8, 2000, Ackenheil downloaded a copy of all of these files onto three floppy disks and took the disks home.

On January 10, Ackenheil [told] Van Fleet . . . he was going to work for a competitor. . . . [but later said] he did not really want to change jobs. Van Fleet agreed to allow Ackenheil to `work’ the Bruce Dean List and to pay him a percentage of revenues generated from customers on the list. Ackenheil agreed to stay . . . Ackenheil did not tell Van Fleet that he had downloaded the computer files and taken them home. . . .

[O]n January 24 . . . Van Fleet found a [resignation] from Ackenheil taped to his office door. . . . Van Fleet noticed that . . . Bruner binders and service manuals were missing. Van Fleet had the computer system checked and discovered that several files had been copied on January 8. Ackenheil was the only employee who worked that day. . . .

On February 15, a search warrant was executed on Ackenheil's home. Officers found . . . Bruner binders, service manuals, . . . price lists, . . . and the three computer disks containing the files that Ackenheil had copied from the Purifying Systems's computer.

On March 8, Ackenheil was charged with computer theft under California Penal Code § 502(c)(2). That section says that anyone who “[k]nowingly accesses and without permission . . . copies . . . any data from a computer” or a computer system commits a crime under California law.

Ackenheil wanted to use the defense of necessit when the case went to trial. He based his claim to such a defense on the premise that when he copied the computer files he was gathering evidence to be used to file a complaint about the work Purifying Systems was doing. After being indicted (in late March), Ackenheil had someone test water quality at a Burger King where Purifying Systems had installed a water treatment system; the test showed that the Burger King’s water “had an excessively high nitrate concentration.” People v. Ackenheil, supra.

When he testified at trial, Ackenheil said that when he called one agency, he was told

by an unnamed employee that he needed to have specific information about the alleged wrongdoing in order for them to investigate. . . .

Ackenheil testified that he downloaded the computer files . . . and took them home to obtain information necessary to file complaints about Purifying Systems. He had Van Fleet's permission to access the computer and to copy the computer files. . . . Yet, he copied the files on a Saturday because he did not want anyone to know what he was doing. . . .

Ackenheil testified that he had not filed any written complaints or given the floppy disks containing Purifying Systems's computer data to a governmental employee before the search warrant was executed because `I was working with my attorney. I had started a new job. I had a lot of things to do and that wasn't foremost on my list.’ . . .

When the prosecution learned, prior to trial, that Ackenheil wanted to raise a necessity defense, it filed a motion seeking to bar him from doing so. The trial court held a hearing at which both sides presented arguments on the issue; the trial judge ultimately held that Ackenheil “had failed to show that the situation presented an imminent danger and that `no reasonable jury could find from these facts the defense of necessity.’” People v. Ackenheil, supra. Ackenheil was convicted and appealed, arguing, in part, that the trial judge erred in not letting him raise a necessity defense. People v. Ackenheil, supra.

The Court of Appeals agreed with the trial judge:

Ackenheil failed to proffer evidence from which a reasonable jury could have found that . . . he . . . acted to prevent an imminent evil. Ackenheil waited two years to report the defect in the restaurant's water system after he helped install it. During this period, he serviced the water system on a regular basis yet took no steps to rectify the problem. . . .

Furthermore, Ackenheil downloaded the computer files in December and January and acquired the written materials around this time. Yet, when the search warrant was executed . . . he had not given the . . . computer files to any governmental official or agency. In fact, Ackenheil testified he had been too busy to review the wrongfully appropriated materials. . . .

Ackenheil’s effort to raise a necessity defense failed for the reason such efforts usually fail: To establish the defense, a defendant has to show it was immediately necessary to take action, which constituted a crime, to avert a greater evil. “Necessary” means the person had no viable alternative. Court almost always find that the defendant had some viable alternative, primarily because they want to limit the use of the defense. After all, it’s a pretty scary thought to think that we can literally take the law into our own hands if we think it’s “necessary” to do so.

Posted by Susan Brenner at 3:21 PM