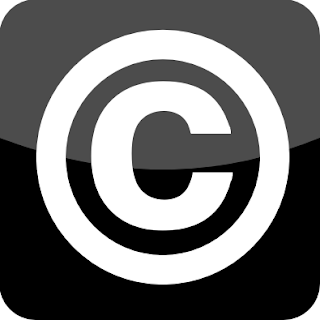 I’ve done a couple of posts on the crime usually known as possession of burglar’s tools. This post is about a related offense and how it applies, or doesn’t apply, to copyright violations.

(A) No person, with purpose to defraud, or knowing that the person is facilitating a fraud, shall do any of the following:

(1) Make or alter any object so that it appears to have value because of antiquity, rarity, curiosity, source, or authorship, which it does not in fact possess;

(4) Utter, or possess with purpose to utter, any object that the person knows to have been simulated as provided in division (A)(1), (2), or (3) of this section.

(B) Whoever violates this section is guilty of criminal simulation. . . .

So why did the trial court dismiss the criminal simulation charges against Chappell? I think it was because the court found that the charges were pre-empted by federal law.

all legal or equitable rights that are equivalent to any of the exclusive rights within the general scope of copyright as specified by section 106 in works of authorship that are fixed in a tangible medium of expression and come within the subject matter of copyright as specified by sections 102 and 103, whether created before or after that date and whether published or unpublished, are governed exclusively by this title. Thereafter, no person is entitled to any such right or equivalent right in any such work under the common law or statutes of any State.

Pre-emption isn’t limited to civil causes of action. As another law review article explains, “[s]tate criminal copyright laws are . . . pre-empted by federal law if the conduct would also be considered criminal infringement under the Copyright Felony Act.” Joseph W. Cormier, Richard Kozell & Jessica L. McCurdy, Intellectual Property Crimes, 46 American Criminal Law Review 761 (2009). In Crow v. Wainwright, 720 F.2d 1224 (U.S. Court of Appeals for the Eleventh Circuit 1983), a federal court of appeals held that federal copyright law pre-empted Crow’s state criminal conviction for dealing in stolen property. The charges against Crow were based on his selling q bootleg eight-track tape (of Tammy Wynette). Crow v. Wainwright, supra. CBS held the copyright on the bootleg tape; Crow argued that “because the only `stolen property’ involved in the case was the copyright of CBS (and not the physical tape itself), the Copyright Act precludes Florida from prosecuting him and renders his conviction void.” Crow v. Wainwright, supra. The U.S. Court of Appeals for the Eleventh Circuit agreed, which meant the conviction could not stand.

State v. Chappell, supra. (A motion for a bill of particulars is the way a defendant asks the prosecution to give him more information about the facts it will rely on to prove him guilty on one or more charges.)

The trial court then granted Chappell’s motion to dismiss the possession of criminal tools charge, holding that “the intent to use an item criminally must arise from an intended violation of Ohio law and that `the State is not free to use the law of any jurisdiction or federal law in order to support its claim’”. State v. Chappell, supra. The prosecution appealed the dismissal of the possession of criminal tools charge, the Ohio Court of Appeals held that it was correctly dismissed:

Under these sections, . . . prosecution under Ohio law must emanate from violations of offenses defined in the Revised Code. . . . Violating federal copyright law is not defined as an offense in the Revised Code nor does the Code provide any penalty for it. Thus, even assuming Chappell possessed tools and intended through their use to violate federal copyright law, such intent is not a crime that can be prosecuted . . . under the Ohio Revised Code, as there would have been no intended violation of state law.

It seems to me that Chappell’s argument is at least implicitly a pre-emption argument. His attorney got the prosecutor to admit that he was going to rely on federal copyright law in proving the possession of criminal tools charge. Possessing criminal tools for the purpose of committing copyright infringement doesn’t seem to be a crime under federal law, so the offense the prosecutor sought to convict Chappell of probably wasn’t actually pre-empted by federal law. That is, it probably didn’t constitute a copyright infringement crime, as such . . . for the same reason courts have held that the possession of burglar’s tools crime isn’t the same crime as burglary. I can possess tools with the intent to infringe someone’s copyright without infringing a copyright, and I can probably infringe a copyright without possessing copyright infringement tools.

This is nice blog and the information so for..

I very much liked this post, but I don't understand one thing. How are copy-infringement tools analogous to burglar's tools? Unlike burglar's tools, copy infringement tools are things that are used in every day life, on a regular basis, without having anything to do with copy-infringement. While the bootlegged media are the actual illegal copies; CD/DVD clone tools, laptops, blank digital media, even torrenting software can and is used for legitimate reasons regularly.

Are you saying that states have laws that allow those who own such tools to be prosecuted as long as intent can be proven? The law even provides for a legitimate copy of owned media, so these tools, even with an intent to copy, may not be owned with an intent to break the law.

I'm definitely not saying that states have laws that make it a crime to possess the items you listed. As I've noted before, most (probably all) states have possession of burglar's tools statutes, but they are focused on a traditional real-world crime, burglary.

In the post I mentioned, which you can find here:

I speculated about the use of a burglar's tools kind of statute directed at malware . . . which would present many of the same problems you note.

In this case, the state has this broader, "possession of criminal tools" statute which the prosecutor decided to apply to the copyright issue. I, for one, haven't seen any other attempts to do that in the context of copyright or data theft crimes . . . perhaps for the reasons you raise.

That doesn't mean a prosecutor might not try such an argument. This one did. If the possession of criminal tools charge encompassed a valid state crime, then the defendant would have to argue the dual-use issue with regard to whether the items that allegedly constituted criminal tools were really quite legitimate.