Taking the Fifth in a Civil Suit 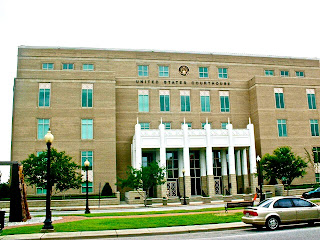 On its face, then, the 5th Amendment privilege against self-incrimination applies to criminal prosecutions. More precisely, it applies to prevent someone from being compelled to “be a witness” (e.g., give testimony) that can be used against him or her in a criminal prosecution. In 1924, in McCarthy v. Arndstein, 266 U.S. 34, the prosecution argued that “the constitutional privilege against self-incrimination does not apply in any civil proceeding.” The Supreme Court disagreed:

The contrary must be accepted as settled. The privilege is not ordinarily dependent upon the nature of the proceeding in which the testimony is sought or is to be used. It applies alike to civil and criminal proceedings, wherever the answer might tend to subject to criminal responsibility him who gives it.

McCarthy v. Arndstein, supra. So you can claim the 5th Amendment in a civil proceeding – e.g., when called to testify at a civil trial or, more often, when you’re being deposed by a party to a civil proceeding – IF your answers to the questions you’re asked could be used to convict you of committing a crime. The premise behind the 5th Amendment is that the privilege is violated not when you give the answers, but when the incriminating answers are used against you in a criminal prosecution.

And that brings to Eagle Hospital Physicians, LLC v. SRG Consulting, Hospitalist Physicians, ince and Steven R. Gerst, 561 F.3d 1298 (U.S. Court of Appeals for the Eleventh Circuit 2009). (For convenience’s sake, I’m going to refer to the case as Eagle v. Gerst, supra.). Here is how the lawsuit arose:

Eagle operates a business contracting hospitalists -- doctors who specialize in the . . . treatment of hospitalized patients -- out to hospitals with whom it establishes contractual relationships. Gerst, principal owner of SRG and Hospitalist Physicians, Inc., owns approximately 10% of Eagle. . . In July 1999, SRG and Eagle entered into a marketing and sales agreement (the `Agreement’) pursuant to which SRG would provide marketing and sales services to Eagle to develop business contacts with hospitals for Eagle. . . . . `SRG [was] responsible for locating potential contractors, educating them about Eagle's hospitalist programs, and performing any other services necessary to secure a hospitalist contract for Eagle.’ The Agreement provided that SRG would be paid a commission `[f]or each contract for hospitalist services executed between Eagle and another party which either SRG, or its agent, has secured on behalf of Eagle.’ . . .

[T]he relationship . . . began to sour in 2002. . . . [T]he parties disagreed regarding the proper content for the website SRG maintained on Eagle's behalf, eaglehospitalphysicians.com. Eagle's CEO wrote to Gerst and requested the website be transferred from SRG to Eagle. When Gerst refused to give Eagle access to the website, Eagle registered and began developing its own website, ehphospitalists.com. SRG then registered 150 domain names containing versions of Eagle's name and trademarks, including ehphospitalist.com -- the singular form of Eagle's new site. Gerst informed Eagle that he would transfer the websites to Eagle only if Eagle paid him a large salary or gave him additional equity in Eagle. In his deposition, Gerst testified that, as a condition to transferring the domain names, he also requested hundreds of thousands of dollars from Eagle as compensation for the costs to create and maintain the websites, but later testified that the actual development costs were just over $67,000.

On October 21, 2003, Eagle sent written notice terminating the Agreement. Gerst responded that Eagle did not have the authority to unilaterally terminate the Agreement and that it therefore remained in effect.

Eagle v. Gerst, supra. That brings us to the event that triggered the 5th Amendment claim:

On September 26, 2005, Gerst submitted an affidavit to the court. Attached to the affidavit were email documents sent between Eagle personnel and Eagle's attorneys. The documents were protected by attorney-client privilege. Eagle deposed Gerst in an attempt to find out how and when he had obtained the privileged and internal emails. Gerst invoked the Fifth Amendment throughout the deposition and refused to explain how and when he had intercepted these emails, whether he had help doing so, and whether he continued to have the ability to intercept privileged internal and attorney-client email communications. Eagle filed a motion for sanctions [against Gerst and SRG].

On appeal, Gerst argued that the district court erred (i) in drawing adverse inferences from his claiming the 5thEagle v. Gerst, supra. The first argument may seem like a good one because the Supreme Court has held that guilt cannot be inferred from a defendant’s invoking the 5th Amendment in a criminal case. Griffin v. California, 380 U.S. 609 (1965). If juries could infer guilt from someone’s taking the 5th Amendment privilege when asked about criminal activity, we’d essentially have no 5th Amendment privilege. In other words, if you can infer I’m guilty because I invoked the privilege, then I have no privilege: If I invoke it, you can infer my guilt from that act; if I don’t invoke it, I’ll have to testify truthfully and implicate myself in a crime or lie under oath and commit perjury (a new crime). Amendment privilege (assuming he had intercepted and could continue to intercept Eagle’s communications) and (ii) by sanctioning him.

The Supreme Court has also held that this principle doesn’t apply in a civil proceeding. In Baxter v. Palmigiano, 425 U.S. 308 (1976), the Court said “the Fifth Amendment does not forbid adverse inferences against parties to civil actions when they refuse to testify”. And in Bilokumsky v. Tod, 263 U.S. 149 (1923), the Court said that the “[f]ailure to contest an assertion . . . is considered evidence of acquiescence”, i.e., agreement.

The Court of Appeals in the Eagle case began its ruling on the issue by noting that “in a civil suit such as this one, the court may draw adverse inferences against a party that invoked the Fifth Amendment.” Eagle v. Gerst, supra. It then held that the district court’s “inference that Gerst maintained the ability to monitor Eagle’s confidential emails was a permissible, reasonable inference.” Eagle v. Gerst, supra. So Gerst lost on that issue.

The Court of Appeals began its ruling on the sanctioning issue by noting that the “decision to invoke the Fifth Amendment [in a civil case] dos not have to be consequence-free.” Eagle v. Gerst, supra. It also noted, however, that in imposing consequences for invoking the privilege, a court “must not `so unduly burden the employment of silence as to make the decision to testify involuntary.’” Eagle v. Gerst, supra (quoting Wehling v. Columbia Broadcasting System, 608 F.2d 1984 (U.S. Court of Appeals for the Fifth Circuit 1979)). Dismissing a case for someone’s invoking the Fifth Amendment “violates the Constitution where the inferences drawn from Fifth-Amendment-protected silence are treated as a substitute for the need for evidence on an ultimate issue of fact.” Eagle v. Gerst, supra.

The [district] court did not enter a dismissal because of Gerst's use of the Fifth Amendment. Rather, Eagle had introduced evidence that Gerst had been improperly intercepting confidential emails of the opposing party and that Gerst refused to answer questions about whether he could continue to do so. This evidence of misconduct established that Gerst had disrupted the litigation, and the district court felt it was necessary in light of the disruption to strike Appellants' pleadings and enter a default judgment for Eagle. The dismissal issued as a result of the disruption, not as a direct result of Gerst's invocation of the Fifth Amendment. Under the circumstances in this case, the court assigned the proper evidentiary weight to Gerst's silence.