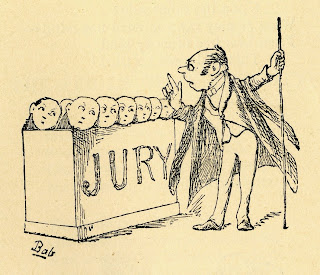 [A]t approximately 10 p.m., Weber approached Frederick Naspo at the Shell gas station on the corner of Duncan Road and Kirkwood Highway in Wilmington. . . . Seeing an unlit cigarette in Weber's mouth, Naspo told him: `I hope you're not going to smoke that because I'm going to pump gas.’ The parties dispute what, if anything, Weber said in response. Naspo claims Weber attempted to wrestle away Naspo's car keys and steal his car. After a brief struggle with the seventy four year old Naspo, Weber fled in the direction of Duncan Road. Naspo sought shelter in the gas station and the gas station attendant called the police.

Delaware State Police Sergeant Mark Hawk responded to the scene. Naspo described his assailant as `a white male, approximately 35 years old, 5′6″, 5′ 7″ in height, short brown hair, no facial hair, approximately 160 pounds. . . .The person was wearing jean shorts and a blue t-shirt.’ As Hawk interviewed Naspo, New Castle County Police Officer Bernard Alimenti responded to a complaint about a person knocking on doors in the nearby Dunlinden Acres development and asking for a ride to an unknown destination. Patrolling the area, Alimenti encountered Weber, who was wearing blue jeans and a large blue t-shirt. Alimenti stopped and detained Weber outside of a Sleepy's mattress store. Hawk brought Naspo to the Sleepy's store to determine whether Naspo could identify Weber as his assailant. Naspo did not identify Weber as his attacker, and the officers released Weber.

Because the gas station attendant did not have access to the station's video surveillance system, Hawk returned the next day to view the surveillance tape. Upon reviewing the tape, Hawk independently identified Weber as Naspo's assailant. He then obtained a warrant to arrest Weber. Hawk went to Weber's home to execute that warrant and found Weber wearing only his underwear. Hawk `asked permission [from Weber] to go get clothing for him . . . and [Weber] told [Hawk] to go to his room to get his clothing.’ Hawk went to Weber's bedroom and picked up the first clothing items that he saw lying on the floor, `a pair of long jeans and an oversized blue t-shirt.’

After being convicted, Weber appealed, raising several different claims. One of his arguments as to why the conviction should be reversed was that

the trial judge denied his right to a fair trial by giving the jury access, during deliberations, `to the [prosecutor's] laptop and everything on the laptop which was not admitted into evidence.’ When the jury retired from the courtroom to deliberate, the prosecutor left his laptop in the courtroom in case the jury wanted to review a CD copy of the gas station surveillance video. The prosecutor already used this same laptop during the trial to play the video for the jury.

Weber v. State, supra. Here, according to the brief filed on Weber’s behalf, is the discussion that led to the jury’s being given access to the laptop:

MR. WALTHER [prosecutor]: I am going to get a sandwich. I think Mel has my cell phone. Your Honor, the CD is in my laptop. If they want to watch it, I don't have any problem with the CD they can't obviously watch anything without the CD. My concern if I take it out, shut down the computer I am not here there is no one to gather it back up. So I would suggest we leave it here in the event they want to look at it they come back and look at it.


THE COURT: You have a position one way or the other?


MR. RAMUNNO [defense attorney]: I guess my understanding if they wanted, you were being to bring them in here. I don't know if what Mr. Walther was talking about giving them access to his notebook what it has on it or does not have it. I have a problem.


THE COURT: That might be dangerous as Mr. Walther's son's.


MR. WALTHER: It is my son's. I think his political science notes, any pictures I am not responsible other than the motor vehicle picture would have to be in here.


THE COURT: I have not had occasion to do that. I guess what I would do is upon being notified, I would move them, have a bailiff bring them in here, turn it on and let them watch it for as long as they thought appropriate, send them back in lock that secure it.


MR. WALTHER: Turn off the microphones. As I indicated in my closing, because of the quality of the projector, because it is projected from a laptop that you lose some of the contrast when you project it. Quite frankly, when the state projected that onto the screen and compared it to the image on the laptop, because of the contrast it's a better computer than the projector, you can clearly see his face. If they look at it I prefer they look at it.


THE COURT: I can't tell them what to do on that sense. I think they have to project it and they can look at it, I guess they are an allowed to have access to both. I don't know how to do it without being in here. I can't be it here, neither can the bailiff. All we can do is play it. That will go through it and stop it.


MR. WALTHER: Give them access to both. That's fine.

In his appeal brief, Weber argued that this was error requiring the reversal of his conviction because the jury had

access to the laptop computer and everything on the laptop which was not admitted into evidence. The defendant has an absolute right to be present at every stage of the trial proceedings, including selection and impaneling of the jury, all proceedings at which the jury is present and return of verdict. The ABA Criminal Justice section standard 15-5.1 states the Court should ensure that the evidentiary integrity of the exhibit is preserved. It is unclear how the jury informed the Court it wished to view the video but then apparently were given access to the video and the laptop without prior notice to counsel. . . .

Weber’s attorney didn’t object to the admission of the CD as an exhibit at trial, nor did he object to the jury’s reviewing the video during its deliberations. Weber v. State, supra. The defense’s objection was that by giving the jury access to the laptop and everything on it, the court created the possibility that the jury might see material that had not been admitted into evidence at the trial but on which they could, at least in part, rely in finding him guilty of the charges against him. Weber v. State, supra. Weber claimed the jurors “used the laptop and `in fact viewed the video’”, but the Delaware Supreme Court said “the record is devoid of any facts that support that assertion.” Weber v. State, supra.

Weber lost: The Delaware Supreme Court found the trial record established that (i) the prosecutor preferred that the jury watch the CD on the laptop rather than using the screen because they would be able to see the person’s face more clearly on the laptop and (ii) the prosecutor asserted that the laptop “did not contain any other materials related to the case.” Weber v. State, supra. The Supreme Court then held that because “the record does not rebut those assertions, we hold that the trial judge did not abuse his discretion by allowing the jury access to the laptop.” Weber v. States, supra.

I can’t find any other cases like this, which doesn’t really surprise me. Personally, I don’t think it was a good idea to let the jurors have access to the laptop and then, apparently, to leave them unsupervised if and when they decided to use it to view the CD.

As I noted in an earlier post, courts are increasingly unhappy about jurors using computers and the Internet to conduct independent research when they’re in the process of deciding a criminal case. As I explained in that post, when jurors conduct their own research, that violates an essential premise inherent in the notion of a jury trial (or, indeed, of any trial): that the triers of fact (the jurors in a jury trial) will decide the case ONLY on evidence/information that was formally introduced at trial.

It seems to me that leaving the jurors unsupervised to decide if they wanted to use the laptop to view the CD – and/or for any other purposes related to their deliberations – raised the risk of their doing just that. We don’t know if the laptop had Internet access, but even if it didn’t there might have been things on the laptop that could have influenced their decision-making process. They might, for example, have found information that favorably disposed them toward the prosecutor. Information like that has absolutely no legitimate place in their decision-making, but it could still influence them, however subtly.

It seems to me that what the judge SHOULD have done would be to give the jurors access to a neutral, “clean” laptop, i.e., a laptop that had nothing on it but some basic software. It seems to me that if the prosecutor and the judge and the defense attorney thought it was appropriate to let the jurors use the laptop to view the CD, then the laptop they were given access to should have been, insofar as possible, nothing more than a viewer for the CD. (I’d also want to be sure it didn’t have Internet access, just to eliminate that possibility, as well.)

Just my humble opinion, of course.

Hi..
Great post. I have read your blog and this is quite interesting blog. I recently came across your blog and have been reading along. I thought I would leave my comment. I don't know what to say except that I have very much impressed and got information. Nice blog. I will keep visiting this blog very often.Good Work! Keep it up!!
Thanks for sharing it.
flash speicher