"Fruit of the Poisonous Tree" 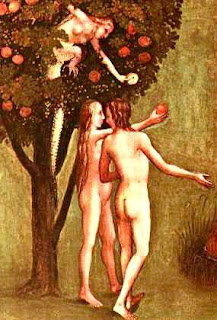 As Wikipedia explains, the “fruit of the poisonous tree” is “a legal metaphor in the United States used to describe evidence gathered with the aid of information obtained illegally. The logic of the terminology is that if the source of the evidence (the `tree’) is tainted, then anything gained from it (the `fruit) is as well.”

The principle dates back at least to the U.S. Supreme Court’s decision in Silverthorne Lumber Co. v. U.S., 251 U.S. 385 (1920), in which the Court said that the “essence of a provision forbidding the acquisition of evidence in a certain way is that not merely evidence so acquired shall not be used before the Court but that it shall not be used at all.”

In other words, if the government violates the 4th Amendment in obtaining evidence, it cannot use that evidence directly (in court) or derivatively, i.e., by obtaining information it then uses to pursue charges against the person whose were violated. The Supreme Court first used the phrase “fruit of the poisonous tree” to refer to this principle in 1939, in Nardone v. United States, 308 U.S. 338. It has used the phrase ever since.

That brings us to U.S. v. Miranda, 325 Fed. Appx. 858 (U.S. Court of Appeals for the Eleventh Circuit 2009). David Miranda was convicted of possessing child pornography in violation of 18 U.S. Code § 2252A(a)(5)(B) and appealed. On appeal, he argued that “the police violated the Fourth Amendment . . . by searching his computer for information outside the scope of the warrant, which was limited to searching for evidence of counterfeit software.” U.S. v. Miranda, supra.

The opinion gives very few facts, so all I know about what happened is this:

As I explained in an earlier post, the plain view doctrine is a 4th Amendment rule that lets an officer seize evidence he runs across while he’s executing a warrant to search for evidence of a different crime. For the plain view doctrine to apply, the item the officer sees that’s outside the warrant must be in “plain view” (he can’t be searching for it) and its “incriminating character” must be apparent to him when he sees it. The latter requirement simply means that when the officer looks at the item in question, he immediately has probable cause to believe it’s evidence of a crime. For more on that, please see my prior post.

We, though, aren’t concerned about the child pornography they found. Miranda also argued, on appeal, that

U.S. v. Miranda, supra. As I understand it, Miranda is claiming the officer searched the computer tower because he was looking for child pornography, which made that an illegal search in violation of the 4th Amendment. He seems to be extrapolating from that; Miranda seems to be saying that since the search of the computer tower violated the 4th Amendment because it was not authorized by the officer’s warrant or by any exception to the warrant requirement, the government shouldn’t be allowed to use any evidence obtained from or derived from the tower.

The Court of Appeals began its analysis of Miranda’s argument by outlining the applicable law:

In addition to the illegally obtained evidence, a court may suppress incriminating evidence that was derived from that primary evidence as `fruit of the poisonous tree.’ . . . When determining whether evidence is `fruit of the poisonous tree’ and therefore must be excluded, the relevant question is `whether, granting establishment of the primary illegality, the evidence to which instant objection is made has been come at by exploitation of that illegality or instead by means sufficiently distinguishable to be purged of the primary taint.’ Wong Sun v. United States, 371 U.S. 471 (1963). The government can establish that evidence has been `purged of the primary taint’ by showing that the evidence was discovered from an independent source, would have been discovered inevitably by lawful means, or was so attenuated from the illegality `as to dissipate the taint’ of the unlawful conduct. . . . Under the `independent source’ doctrine, the challenged evidence is admissible if it was obtained from a lawful source, independent of the illegal conduct.

The Court of Appeals then upheld the federal district court judge’s refusal to suppress the time-stamp evidence:

That sounds like it makes sense, but not being an expert on computer technology, I can’t really assess whether it’s the correct result or not. And this is the only reported case I can find in which a motion to suppress time-stamp evidence comes up, so I can’t put this decision in context by comparing it to how other courts dealt with the same issue.

Wow, talk about iceberg tips. I could get two week worth of lectures out of timestamps. Whose clock? Domain vs Standalone. Tampering. Downloaded from NIST et al. Glad I don't have to 'splain that one.

Another question though. When the officer legally found the plain view child pornography (what a strange phrase), wouldn't the other images be inevitably discovered because an expanded search warrant is virtually a sure thing. Did the illegal discovery put them off limits to all search warrants?

Thanks for the comments about the timestamp issue. I was pretty sure it wasn't as straightforward as this court made it sound.

I did some research and it looks like the inevitable discovery principle wouldn't apply here:

"As this court noted in United States v. Echegoyen, 799 F.2d 1271 (9th Cir.1986), `to excuse the failure to obtain a warrant merely because the officers had probable cause and could have inevitably obtained a warrant would completely obviate the warrant requirement of the fourth amendment.' . . . . As this court explained in Mejia, it `has never applied the inevitable discovery exception so as to excuse the failure to obtain a search warrant where the police had probable cause but simply did not attempt to obtain a warrant.' 69 F.3d at 320. Hence, the district court committed clear error in applying the inevitable discovery doctrine based on the agents' actual but unexercised opportunity to secure a search warrant."