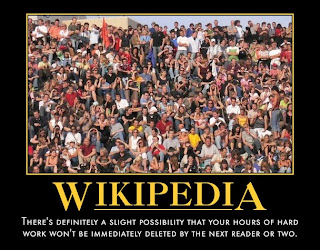 As Wikipedia notes, judicial notice is an evidentiary principle that “allows a fact to be introduced into evidence if the truth of that fact is so notorious or well known that it cannot be refuted.” As Wikipedia explains, a party must ask a court to take judicial notice of a particular fact, and facts “admitted under judicial notice are accepted without being formally introduced by a witness or other rule of evidence”.

The permissibility and practice of taking judicial notice of a fact is governed by rules of evidence. Rule 201 of the Federal Rules of Evidence governs judicial notice in federal criminal and civil trials. Rule 201(b) specifies the kinds of facts of which judicial notice can be taken:

A judicially noticed fact must be one not subject to reasonable dispute in that it is either (1) generally known within the territorial jurisdiction of the trial court or (2) capable of accurate and ready determination by resort to sources whose accuracy cannot reasonably be questioned.

The question as to whether a court can take judicial notice of the contents of a website has arisen in a surprising number of cases, most of which involve government operated sites. Courts have found that it is appropriate to take judicial notice of facts posted on government-maintained sites because the contents of such sites are presumed to be authentic and reliable. See Williams v. Long, 2008 WL 4848362 (U.S. District Court for the District of Maryland 2008).

The permissibility of taking judicial notice of the contents of a website become more problematic when it’s a privately-maintained site. In Goldberg v. UBS AG, 2009 WL 3077118 (U.S. District Court for the Eastern District of New York 2009), for example, the plaintiffs wanted the court to “take judicial notice of various facts contained on UBS’s own corporate website, including the number of UBS’s worldwide offices and employees, and the fact that UBS’s Israel office is not licensed to provide banking services in Israel.” Goldberg v. UBS AG, supra. The case was a civil suit under the Anti-Terrorism Act, 18 U.S. Code § 2333 brought by the family of a man “killed in a . . . terrorist attack on a Jerusalem bus.” Goldberg v. UBS AG, supra. The plaintiffs claimed UBS was liable for the death under several theories, one of which was that it “transmit[ed] funds on behalf of a terrorist organization in violation of” the Act. Goldberg v. UBS AG, supra.

UBS moved to dismiss the plaintiff’s complaint, claiming it was legally deficient for any of several reasons. Goldberg v. UBS AG, supra. As part of that effort, UBS asked the court to take judicial notice of “various facts contained” on its website, “including the number of UBS's worldwide offices and employees, and the fact that UBS's Israel office is not licensed to provide banking services in Israel.” Goldberg v. UBS AG, supra. The judge declined to do so. He found that

[w]hile the court may take judicial notice of the contents of a website for the fact that such information was published and in the public realm, UBS attempts to introduce these facts here for their truth. . . . Facts on Defendant's own . . . website do not fall into the category of a `source[ ] whose accuracy cannot reasonably be questioned” as required by Federal Rule of Evidence 201.

Goldberg v. UBS AG, supra. In ruling on this issue, this judge noted that other courts have held that a judge can take judicial notice of, for example, the fact that articles were published in a newspaper or magazine; judicial notice is proper here because the only fact established is that the information was put into the public domain. See, e.g., Benak ex. Rel. Alliance Premier Growth Fund v. Alliance Capital Management L.P., 435 F.3d 396 (U.S. Court of Appeals for the Third Circuit 2006). Courts have found that the fact information has been published justifies judicial notice under Rule 201(b)(2).

I assume something similar accounts for what the judge did in Io Group, Inc. v. Veoh Networks, Inc., 586 F.Supp.2d 1132 (U.S. District Court for the Northern District of California 2008). The case was an action for copyright infringement and at one point the judge took “judicial notice of the Wikipedia definition of `IP address’ as to the fact that an IP address may be shared by multiple users” because he found this was “not a matter that is subject to reasonable dispute.” Io Group, Inc. v. Veoh Networks, Inc., supra.

Other courts have taken a very different view of the permissibility of taking judicial notice of facts published by Wikipedia. In Palisades Collection, L.L.C. v. Graubard, 2009 WL 1025176 (New Jersey Superior Court Appellate Divison 2009), the defendant appealed from the trial court’s entering judgment against him in a credit card collection case. The judgment came after a bench trial, i.e., after a trial to a judge instead of to jury. Palisades Collection, L.L.C. v. Graubard, supra.

At that trial, the plaintiff’s attorney moved, pursuant to New Jersey’s version of Rule 201 of the Federal Rule of Evidence, to admit into evidence

a print version of a page from the website of Wikipedia. . . . Plaintiff offered this to establish that Bank One Corporation was purchased by J.P. Morgan & Company in 2004. Against this backdrop, counsel represented to the trial judge that J.P. Morgan sold the accounts, (including defendant's account) to his client Palisades Acquisition.

Over defense counsel's objections, the trial court granted plaintiff's motion, admitting into evidence . . . the page from Wikipedia. In support of his ruling, the trial judge took judicial notice that `banks are frequently purchased.’ . . . [T]he judge also took judicial notice that `ultimately defendant's account landed at J.P. Morgan . . . [and] was assigned or sold to Palisades Assets.’

After the trial court entered judgment for Palisades, Graubard appealed, arguing, in part, that the trial court erred in taking judicial notice of the Wikipedia page. The Appellate Division of the New Jersey Superior Court agreed with Graubard:

The trial court's acceptance of Wikipedia was contrary to the principle that judicial notice must be based upon `sources whose accuracy cannot be reasonably questioned.’ [New Jersey Rule of Evidence (b)(3)]. We come to this conclusion after reviewing Wikipedia's own self-assessment.

Wikipedia bills itself as the `online encyclopedia that anyone can edit.’ Anyone with an internet connection can create a Wikipedia account and change any entry in Wikipedia. In fact, Wikipedia warns readers that `[t]he content of any given article may recently have been changed, vandalized or altered by someone whose opinion does not correspond with the state of knowledge in the relevant fields.’ Thus, it is entirely possible for a party in litigation to alter a Wikipedia article, print the article, and . . . offer it in court in support of any given position. Such a malleable source of information is inherently unreliable, and clearly not one `whose accuracy cannot be reasonably questioned.’

In the Flores case, Manuel Flores was possessing cocaine with the intent to deliver after a trial in which the jury was allowed to consider a written confession he’d given police. Flores v. State, supra. Prior to trial, Flores had moved to suppress the confession on the grounds that it was “involuntary and coerced”; the judge to whom the case was assigned denied the motion to suppress, which meant the confession was admitted into evidence. Flores v. State, supra.

Posted by Susan Brenner at 2:51 PM