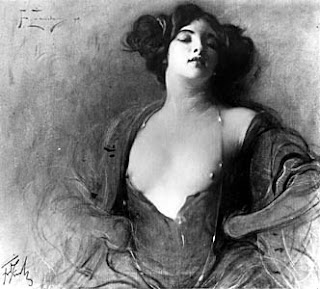 After being convicted of pimping and pandering in violation of California law, Michael Cason appealed. People v. Cason, 2009 WL 4548313 (California Court of Appeals 2009). He raised several issues on appeal, but we’re only concerned with one, which I’ll get to in a minute.

Cason was convicted of violating California Penal Code §§ 266h and 266i. Section 266h (“pimping”) provides, in part, that any

person who, knowing another person is a prostitute, lives or derives support or maintenance in whole or in part from the . . . proceeds of the person's prostitution. . . or who solicits or receives compensation for soliciting for the person, is guilty of pimping, a felony, and shall be punishable by imprisonment in the state prison for three, four, or six years.

any person who does any of the following is guilty of pandering, a felony, and shall be punishable by imprisonment in the state prison for three, four, or six years:

(1) Procures another person for the purpose of prostitution.

(2) By promises, threats, violence, or by any device or scheme, causes, induces, persuades or encourages another person to become a prostitute.

The convictions were based on Chason’s involvement with several women. I won’t describe the facts in each case. I think this one gives you an idea of the factual basis of the charges against him:

D. was working as a clerk at Walgreen's in Hemet when she met defendant in 2005. [He] told her she was beautiful . . . . [I]n the beginning, D. and defendant had a boyfriend-girlfriend relationship. . . . However, a few weeks after they began dating, [he] revealed that he ran an escort business and talked to D. about some of the girls who worked for him. Eventually, D. began working for [him] too. Defendant photographed her with other prostitutes and posted their pictures, along with phone numbers and prices coded in `roses’ on the Internet Web site, craigslist. . . .

D. would sometimes accompany . . . [his] other girls to hotel rooms where she and they would wait for customers to call their cell phones. Defendant had a laptop computer . . . on which he could monitor their calls and post Internet ads. . . . [T]he girls had a quota of $1,000 a day. All the girls gave defendant all the money they made every day.

Two of Cason’s arguments on appeal concerned two of the women who worked for him: “P.” and “Q.” People v. Cason, supra. His first argument challenged his conviction for pimping P. in violation of California Penal Code § 266h. The Court of Appeals found that “substantial evidence” supported the conviction by showing that Cason pimped P. by

advertising her for prostitution, taking the proceeds of this activity, and living on her earnings. As D. . . testified, defendant included photographs of P. in his prostitution advertisements on the Internet. . . . [and[ took all the money his girls earned as prostitutes.

That, though, isn’t the argument this post is really about. It’s about Cason’s second argument – that “he could not have pandered” either woman “to become” a prostitute in violation of California Penal Code § 266i(a)(2), which is quoted above, because they were “already `actively seeking work’” as a prostitute when he contacted them. People v. Cason, supra.

The California Court of Appeals rejected this argument as to Cason’s involvement with the women known as P. and Q. It noted that other California appellate courts had held that § 266i(a)(2) “covers `cases where a defendant has solicited one whom he believes to be a former prostitute to re-enter the profession’”. People v. Cason, supra (quoting People v. Bradshaw, 31 Cal. App.3d 421, 107 Cal. Rptr. 256 (California Court of Appeals 1973).

The Cason court also noted that it had earlier reached this same conclusion, on the premise that the act of “encouraging even `an established prostitute’” to engage in the activity “`indicates a willingness to actively promote the social evil of prostitution.’” People v. Cason, supra (quoting People v. Patton, 63 Cal. App.3d 211, 133 Cal. Rptr. 533 (California Court of Appeals 1976). It held, therefore, that the purpose of

section 266i . . . is apparent, and to hang everything on one literal meaning of the word `become’ would generate consequences inconsistent with that purpose. Thus, in our view, the Legislature does not need to change the wording of section 266i from `become a prostitute’ to `engage in prostitution.’ . . . The latter concept is necessarily contained within the former. The statute as worded. . . . is adequate.

Now we come to the cyber pimping part of the opinion. One of the women – Q. – who worked for Cason had posted her own Internet ad before she met him. The Court of Appeals addressed this issue in the last part of its opinion:

We . . . consider the act of contacting a person who has placed an advertisement for possible prostitution on the Internet, and persuading her to become an actual -- as opposed to a potential or virtual -- prostitute by engaging in acts of prostitution, a violation of section 266i. . . .

[O]ur defendant. . . telephoned a woman, who had placed her first advertisement on the Internet, and talked her into joining his ring. . . . Q. had never actually engaged in prostitution before she met defendant. Later, when she tried to quit, [he] refused to give her any money, denigrated and discouraged her, and persuaded her to come back. Even if she somehow approached him first by placing the ad, that does not preclude a finding that he pandered.

Because P. did not testify, there was no direct evidence as to how defendant got her into his ring. But there was abundant evidence about his depressingly unvaried recruitment methods and how he went about pandering and procuring. . . . He contacted vulnerable young women inexperienced in prostitution and, with promises of increased income, . . . safe working conditions, and the possible purchase of a car, persuaded them, or tried to persuade them, to work for him. It was not unreasonable for the jury to conclude that he had done the same with P. Whether P. was formerly a prostitute or ever got any customers through defendant's efforts was irrelevant.

In 1922, a California court found a defendant who `stood at the door of [the prostitute's] room and demanded and received the money from the men who entered without handing any of it over to her,’ guilty of pimping, in violation of a precursor statute of sections 266h and 266i. . . . Defendant's actions represent the modern version of the same enterprise. The `door’ to a prostitute's `room’ now opens through an Internet Web site. It is at this virtual door that defendant stood, soliciting for, and ultimately collecting money from, the services of Q. and P.

There you have it: cyber pimping.