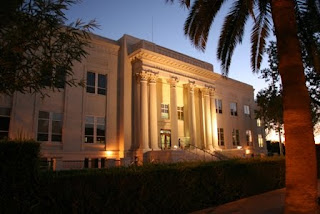 This post deals with an issue I've addressed before, i.e., whether the operator of a website can be held liable for what is posted on the site.

As I explained in prior posts, § 230 of the Communications Decency Act (47 U.S. Code § 230) immunizes certain parties from liability based upon content they post online. A few months ago, the California Court of Appeals was called upon to decide if § 230 immunity applies to MySpace.

The decision issued in Doe II v. MySpace Inc., 175 Cal.App.4th 561, 96 Cal.Rptr.3d 148 (California Court of Appeals 2009). It addressed claims raised in four cases that were consolidated because they all involved

similar facts and essentially identical legal allegations. In each case, one or more `Julie Does --girls aged 13 to 15 -- were sexually assaulted by men they met through the internet social networking site, MySpace.com (MySpace). The Julie Does, through their parents or guardians, have sued MySpace for negligence, gross negligence, and strict product liability.

Doe II v. MySpace Inc., supra. This is how the Court of Appeals summarized the facts and legal claims advanced in the four suits:

The appellants each bring substantially identical causes of action against MySpace for negligence, gross negligence, and strict product liability. In summary, they complain that `MySpace has made a decision to not implement reasonable, basic safety precautions with regard to protecting young children from sexual predators[.] MySpace is aware of the dangers that it poses to underaged minors using [its Web site]. MySpace is aware that its Web site poses a danger to children, facilitating an astounding number of attempted and actual sexual assaults. . . .’ They more specifically allege that MySpace should have implemented `readily available and practicable age-verification software’ or set the default security setting on the Julie Does' accounts to `private.’

MySpace’s immunity claim was primarily based on 47 U.S. Code § 230(c)(1), which provides as follows: “No provider . . . of an interactive computer service shall be treated as the publisher or speaker of any information provided by another information content provider.” Section 230(e)(3) applies this provision to civil claims brought under state law; it states that “[n]o cause of action may be brought and no liability may be imposed under any State or local law that is inconsistent with this section.”

The Court of Appeals began its analysis of the immunity issue by noting that § 230 immunity requires proof of three elements:

(1) MySpace is an interactive computer services provider, (2) MySpace is not an information content provider with respect to the disputed activity, and (3) appellants seek to hold MySpace liable for information originating with a third party user of its service.

The Court of Appeals began its ruling on the third element by noting that § 230 immunity is to be construed broadly; Congress wanted to immunize Internet services providers from civil liability in order to minimize restrictions on online speech. Doe II v. MySpace Inc., supra. The court consequently found that § 230 immunity shielded MySpace:

That appellants characterize their complaint as one for failure to adopt reasonable safety measures does not avoid . . . section 230. It is undeniable that [they] seek to hold MySpace responsible for the communications between the Julie Does and their assailants. At its core, appellants want MySpace to regulate what appears on its Web site. Appellants argue they do not `allege liability on account of MySpace's exercise of a publisher's traditional editorial functions, such as . . . deciding whether . . . to publish certain material, which is the test for whether a claim treats a website as a publisher’. . . . But that is precisely what they allege; that is, they want MySpace to ensure that sexual predators do not gain access to (i.e., communicate with) minors on its Web site. That type of activity -- to restrict or make available certain material -- is expressly covered by section 230.

thus is not immunized by section 230. According to appellants, `MySpace acted as a content provider when it collaborated with the Does and their eventual attackers to create and then flesh out their MySpace profiles. . . . MySpace also acted as a content provider when it allowed the attackers to channel information in profiles, search and browse profiles for particular characteristics and then use the results of those queries to locate, contact, and eventually sexually assault the Julie Does.’

ran a Web site to match people renting out spare rooms with people looking for a place to live. Before a subscriber can search listings or post housing opportunities on the Web site, he or she was required to answer a series of questions about his or her sex, sexual orientation, and whether he or she would bring children to a household.

The California Court of Appeals held that the Ninth Circuit’s holding in Roommates.com did not apply to the case before it because the appellants did not claim that “MySpace's profile questions are discriminatory or otherwise illegal” or that it requires “members to answer the profile questions as a condition of using the site.” Doe II v. MySpace Inc., supra. It noted that the strongest case for applying § 230 immunity exists when a site gives users “unfettered discretion as to what they” post, which is not true of MySpace:

Myspace members are not allowed unfettered discretion as to what they put in their profile. Instead, it is alleged that MySpace users are urged to follow the on-screen prompts to enter a name, email address, gender, postal code, and date of birth. Users are also `encouraged’ to enter personal information such as schools, interests and personality and background and lifestyle. This information is organized by the site and is searchable by other users.

A federal district court judge reached the same conclusion in Doe v. MySpace, Inc., 629 F. Supp.2d 663 (U.S. District Court for the Eastern District of Texas 2009). The plaintiff in this case also sued MySpace for “negligence, gross negligence and strict product liability for failing to implement reasonable safety measures to protect minors” after her daughter was allegedly “`lured from her home and sexually assaulted by a sexual predator, who . . . orchestrated his sexual assault through the MySpace.com website.’” Doe v. MySpace, supra. This plaintiff also relied on the Ninth Circuit’s Roommates.com decision in arguing that MySpace is an “information content provider” which is not entitled to § 230 immunity. The judge in this Doe case held that the Ninth Circuit’s decision did not apply here:

The Ninth Circuit repeatedly stated . . . that the Roommates.com website required its users to provide certain information as a condition of its use and was, therefore, and information content provider. Here, however, users of MySpace.com are not required to provide any additional information to their profiles. . . . As such, the court finds that the Plaintiff's argument lacks merit because the facts of the instant case are distinguishable from those in Roommates.com.