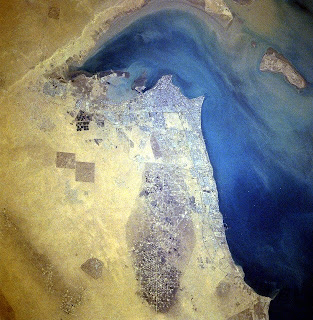 If a defendant wins on a motion to dismiss for lack of jurisdiction, he/she/it has put that prosecution or civil suit to an end; the only way it can be revived is if it can be brought in another jurisdiction before a court that has jurisdiction to preside over the charges or civil claims.

As I’ve also noted, our use of cyberspace can complicate the analysis of whether a court has jurisdiction over a given case. If you’d like to read more about that issue, check out the law review article you can find here.

This post is about a jurisdictional challenge Ali Hijazi filed in a federal criminal case. In re Hijazi, 2009 WL 4723277 (U.S. Court of Appeals for the Seventh Circuit 2009).

Hijazi is a Lebanese citizen and a resident of Kuwait. In March 2005, he was indicted in the Central District of Illinois on various fraud-related charges. Hijazi has never appeared in Illinois . . . and there is no extradition treaty between the United States and Kuwait that would enable the United States to secure his presence. Indeed, . . . the Kuwaiti government has informed the court that it does not intend to turn Hijazi over voluntarily.

In re Hijazi, supra. Hijazi retained a U.S. lawyer and moved to dismiss the indictment against him on several theories, most of which attacked the propriety of a U.S. court’s exercising “territorial jurisdiction over” him. In re Hijazi, supra.

The Seventh Circuit began its ruling on Hijazi’s petition by outlining the facts that led to his being indicted on federal charges:

In late 2001, the U.S. Army contracted with Kellogg Brown & Root (`KBR’), a U.S. company, to provide both goods and services to the military at locations through-out the world, including in Kuwait. [Jeff] Mazon, an American, was the procurement manager for KBR . . . in Kuwait. . . . [H]e was responsible for hiring subcontractors to perform work under KBR's contract. The Army concluded it needed fuel tankers and related services at the Kuwaiti airport. . . . Mazon accordingly solicited bids for the tankers in early 2003; KBR anticipated that the cost would be about $685,000. Two bidders responded: one was Hijazi, who submitted a bid for 507,000 Kuwaiti Dinars (approximately $1,673,100) on behalf of his company, LaNouvelle General Trading & Contracting Co., a Kuwaiti company with no American ownership interests; the other is referred to only as Company A, which bid 573,300 Kuwaiti Dinars (approximately $1,891,890).

Mazon pushed the prices up . . . so LaNouvelle's bid became $5,521,230, and Company A's bid $6,243,000. So `adjusted,’ Mazon then awarded the contract to LaNouvelle. The government alleges he did so with the understanding that Hijazi would `reward’ him for his efforts. Mazon and Hijazi signed the subcontract in Kuwait. Around the same time, Mazon sent four emails relating to the subcontract to KBR managers in the United States. Then, from March to August 2003, LaNouvelle submitted allegedly inflated invoices to KBR for its work, and KBR paid the anticipated $5,521,230. After paying LaNouvelle, KBR . . . billed the United States for reimbursement; the Army complied, using checks and wire transfers. LaNouvelle itself had no direct dealings with the U.S. Army or the U.S. government.

In September 2003, Hijazi paid Mazon $1 million and executed a promissory note to make it appear this represented a loan. Later, . . ., Hijazi sent an email to Mazon, to an account in the United States, in which he wrote `this . . . (principal & interest) totally your money....’ Mazon, however, was not in the United States. . . He was living and working in Greece . . . and that was where he received this email. . . In October 2003, back in the United States, Mazon opened a bank account where he unsuccessfully tried to deposit the $1 million. When that did not work, Hijazi emailed Mazon again (. . . at his personal account, also allegedly based in the United States), instructing Mazon to open three different offshore accounts where he could deposit the money. Hijazi represents that Mazon opened this email in Greece as well. Mazon . . . tried to deposit the funds in a different U.S. bank, on October 28, 2003. . . .Two weeks later, after he was interviewed by a KBR investigator, Hijazi sent a third email to Mazon warning him to be careful about what he said to his `ex-friends in Kuwait.’ The government alleges that Mazon was back in the United States at the time he received this email.

After Hijazi was indicted, the Government of Kuwait made it clear it didn’t “believe the United States has any basis for asserting legal jurisdiction over Mr. Hijazi for acts alleged to have taken place in Kuwait.” In re Hijazi, supra. Or, as the Seventh Circuit put it, “[t]o the extent that crimes have been committed in a transaction that Kuwait sees as one between two private companies operating in Kuwait, criminal jurisdiction . . . lies in Kuwait.” In re Hijazi, supra. In his motions to dismiss, Hijazi said “the statutes under which he was charged do not apply, and constitutionally cannot apply to the conduct of foreign nationals outside the boundaries of the United States.” In re Hijazi, supra.

The Seventh Circuit could have ruled on Hijazi’s motions to dismiss itself, but it chose not to. Instead, it limited its decision to the issue of whether Hijazi was entitled to have the district court rule on his motions . . . and held that he was. In re Hijazi, supra.

It found, first, that Hijazi had no adequate alternative remedy for the harm he suffered from having the Illinois prosecution pending against him. Hijazi said federal authorities had directed INTERPOL to issue a “red notice” for him, which “operates as a request to all 188 INTERPOL members to arrest Hijazi if he enters their jurisdiction and, if possible, extradite him to the United States.” In re Hijazi, supra. Hijazi said this meant, among other things, that he couldn’t travel to Lebanon to see his family. In re Hijazi, supra.

The Seventh Circuit also found that Hijazi had established he had a right to the issuance of the writ of mandamus given that he was “attempting to raise fundamental questions about the legislative reach of the Major Fraud Act and the Wire Fraud Act.” In re Hijazi, supra. And, finally, it found that issuing the writ was appropriate in this case:

The question remains . . . whether this case is an appropriate candidate for mandamus. We conclude that it is. Hijazi's arguments raise serious questions about the reach of U.S. law, and it remains to be seen whether the U.S. contacts on which the government relies are sufficient to support its prosecution. Added to those concerns, on which we elaborate in a moment, is the fact that there is reason to believe that this case raises delicate foreign relations issues.

In re Hijazi, supra. As to the nature of the questions about the reach of U.S. law, the Seventh Circuit noted that the Restatement (Third) of the Foreign Relations Law of the United States takes the position that “`[s]ubject to § 403, a state has jurisdiction to prescribe law with respect to . . . conduct outside its territory that has or is intended to have a substantial effect within its territory.’” In re Hijazi, supra. One question the district court will have to address is whether the conduct attributed to Hijazi met this standard, i.e., whether it was intended to and/or had a “substantial effect” within U.S. territory. Even if the court finds the facts satisfy this requirement, that is not the end of the analysis. Section 403 of the Restatement adds an additional requirement: If a court finds the U.S. has jurisdiction under the “substantial effect” test, the U.S. still cannot exercise jurisdiction if doing so would “`unreasonable’” on the facts. In re Hijazi, supra.

While it was not the Seventh Circuit’s task to apply these principles to the charges against Hijazi, the court noted that given the facts, Hijazi’s arguments were far from frivolous:

The alleged fraudulent deal . . . involved KBR, a U.S. company doing business in Kuwait, and LaNouvelle, a Kuwaiti company. Although . . . KBR was operating under a contract with the U.S. government, it is not clear whether Hijazi knew or cared where KBR's money was coming from. He obviously knew LaNouvelle was submitting a bid for fuel tankers. It might matter whether Hijazi knew the tankers were for the use of the U.S. military, but the sketchy record we have thus far does not permit one to draw any conclusions about his knowledge. The government also alleges that Hijazi personally had some direct contacts with the United States. But, upon closer inspection, it turns out that it is referring to the emails that Hijazi (located in Kuwait) sent to Mazon (located in Greece) using email addresses that the government characterizes as `based in the United States’ ( e.g., Jeff.Mazon@Halliburton.com). At least one email might have been sent to Mazon after he returned to the United States. Finally, the government argues that Mazon's activities in the United States can and should be attributed to Hijazi. As we pointed out earlier, Mazon attempted to deposit the $1 million Hijazi had given him in a couple of U.S. financial institutions. This raises its own set of complex issues. Hijazi reminds us . . . that the government has dropped all fraud charges against Mazon and has accepted a guilty plea for a single misdemeanor count of making a false statement.

In re Hijazi, supra.

I don’t know what the district court will do, but it looks to me like Hijazi has a strong argument that jurisdiction doesn’t exist under the Restatement standards outlined above.

According to his brief before the Seventh Circuit, when the indictment says the first two emails that are alleged to support jurisdiction were sent to accounts “`located in the United States,”” this “apparently is a mere reference to the location of computer servers.” In re Hijazi, Appellate Brief, 2008 WL 5788099. Hijazi says the “mere fact that constituent electrons of two Kuwait-to-Greece emails may have passed through U.S. servers” doesn’t give the U.S. jurisdiction under the Restatement standard. Appellate Brief, supra. Hijazi notes that there is no allegation that he “had any idea what route the emails would take” and that the U.S. Court of Appeals for the Tenth Circuit rejected this jurisdictional theory in Intercon, Inc. v. Bell Atl. Internet Solutions, Inc., 205 F.3d 1244, 1247 (200)). Appellate Brief, supra.

As to the third email, Hijazi says it was sent to Mazon “months after any alleged illegal conduct on the part of either man.” He also says the indictment “makes no attempt to show how the contents of the email connect in any way to any” of the charges it contains. Appellate Brief, supra.

The Seventh Circuit’s decision issued on December 11. I’m sure it will take a while before the district court rules on Hijazi’s motions; I’ll try to find the ruling when it issues.