Clicking and the Plain View Doctrine 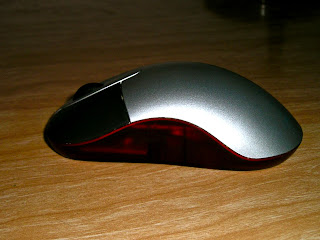 As I’ve noted in earlier posts, the plain view doctrine is a principle that can expand the scope of a lawful 4th Amendment intrusion (i.e., a search conducted pursuant to a valid searchwarrant or pursuant to a valid exception to the warrant requirement, such as exigent circumstances or consent).

As I’ve also noted in those posts, the plain view doctrine doesn’t authorize a search. It only authorizes an officer to seize something if (i) the item was in plain view while the officer was acting within the scope of a lawful 4th Amendment intrusion and (ii) if the item’s status as contraband or otherwise evidence of a crime was immediately apparent to the officer when he saw it.

Before I get into the case this post is really about, I want to review the facts and holding in a Supreme Court decision that dealt with the plain view doctrine to illustrate what it authorizes, and what it does not authorize.

On April 18, 1984, a bullet was fired through the floor of [James Hicks’] apartment, striking and injuring a man in the apartment below. Police officers arrived and entered [Hicks’] apartment to search for the shooter, for other victims, and for weapons. They found and seized three weapons, including a sawed-off rifle, and in the course of their search also discovered a stocking-cap mask.

One of the policemen, Officer Nelson, noticed two sets of expensive stereo components, which seemed out of place in the squalid and otherwise ill-appointed four-room apartment. Suspecting that they were stolen, he read and recorded their serial numbers-moving some of the components, including a Bang and Olufsen turntable, in order to do so-which he then reported by phone to his headquarters. On being advised that the turntable had been taken in an armed robbery, he seized it immediately. It was later determined that some of the other serial numbers matched those on other stereo equipment taken in the same armed robbery, and a warrant was obtained and executed to seize that equipment as well. [Hicks] was subsequently indicted for the robbery.

The Supreme Court agreed with the lower courts. As we review its holding, keep in mind that the plain view doctrine ONLY authorizes a seizure of evidence, not a search for additional evidence. This is what the Hicks Court said about what Officer Nelson did:

[His] moving of the equipment . . . did constitute a `search’ separate . . . from the search for the shooter, victims, and weapons that was the lawful objective of his entry into the apartment. Merely inspecting those parts of the turntable that came into view during the latter search would not have constituted an independent search, because it would have produced no additional invasion of respondent's privacy interest. . . . But taking action, unrelated to the objectives of the authorized intrusion, which exposed to view concealed portions of the apartment or its contents, did produce a new invasion of [Hicks’] privacy unjustified by the exigent circumstance that validated the entry. This is why . . . , the `distinction between “looking” at a suspicious object in plain view and “moving” it even a few inches’ is much more than trivial for purposes of the Fourth Amendment. It matters not that the search uncovered nothing of any great personal value to respondent-serial numbers rather than (what might conceivably have been hidden behind or under the equipment) letters or photographs. A search is a search, even if it happens to disclose nothing but the bottom of a turntable.

Arizona v. Hicks, supra. Since the plain view doctrine doesn’t authorize a search, the evidence was obtained in violation of the 4th Amendment.

If Officer Nelson had been able to see the serial numbers without moving the equipment, they’d have been in plain view, which meant he could properly “seize” them by copying them down. (I know the Hicks It may also mean that once he ran a check on the serial numbers and found the equipment had been stolen, he could seize it under the plain view doctrine; I waffle on whether that works or whether he should have gotten a warrant to seize them. (Getting a warrant would have been the safest course, but may not have been required by the 4th Amendment.) Court said copying isn’t a seizure, but as I’ve explained here and elsewhere, I think that ruling was wrong, wrong, wrong.)

After being convicted of possession of child pornography, Senior Airman Luis Osorio appealed his conviction. U.S. v. Osorio, supra. Here is how the prosecution arose:

On 25 March 2005, Special Agent (SA) AW, Air Force Office of Special Investigations (hereinafter OSI) received information that an alleged sexual assault had taken place during the night of the 12 February 2005 party. [Osorio] was not the suspect of the alleged assault. However, during the course of the sexual assault investigation, OSI discovered that [he] took pictures at the party, which included photographs of partially nude people who attended the party.

Interested in the pictures for their investigation, the OSI agents approached [Osorio] . . . about the pictures. [He] told the agents he had saved the party pictures on his laptop, and took the agents to his off-base apartment to show them the pictures. [Osorio] offered to give the agents copies of the images saved on his computer, but would not consent to turning over his laptop. . . . [T]he OSI, convinced that the computer may contain more pictures than provided by [Osorio], sought and received search authorization from the military magistrate for [his] off-base quarters. Upon receiving search authorization, the agents went back to [Osorio’s] apartment and seized the laptop and a digital memory card. During the course of the seizure the agents reassured [Osorio] that he was not suspected of any offense but advised [him that he had no choice but to provide the computer and memory card because they contained possible evidence. . . .

to be sent to the Defense Computer Forensic Laboratory (DCFL) for analysis. She was not a case agent . . . and was unaware of the objectives and the scope of the search warrant at the time of her actions. She was simply a technical expert asked to prepare the hard drive for shipment. In order to confirm she had a made a correct functioning mirror image of the hard drive necessary for DCFL, SA JL used forensic software to view all the photos on the computer at once as thumbnails. Once she confirmed the mirror image, she had done everything necessary to fulfill her technical task.

Despite having completed her task, SA JL began reviewing the thumbnails, and noticed several thumbnails of nude persons, and decided to open the thumbnails to make sure the pictures were not `contraband.’ Without opening the thumbnails, it was impossible for her to determine the true contents of the picture. Therefore, she double-clicked on one thumbnail and saw what she believed to be the image of a nude minor. She continued to open thumbnails to see how many similar pictures were on the computer and noticed several more pictures of nude minors. . . . She searched the computer for 20-30 minutes and then informed the OSI agents about the photos depicting nude minors.

U.S. v. Osorio, supra. And that initiated further investigatory efforts that resulted in Osorio’s being convicted of one count of possessing child pornography. On appeal, he argued that the images used in the prosecution were obtained in violation of his rights under the 4th Amendment. U.S. v. Osorio, supra. After the Court of Criminal Appeals held that the search violated the scope of the search warrant, the prosecution tried to invoke the plain view doctrine, but failed:

[T]he [government] argues that . . . the images on the laptop . . . were in plain view when discovered. We disagree. The United States Supreme Court has said, the plain view doctrine may `not be used to extend a general exploratory search from one object to another until something incriminating at last emerges.’ Arizona v. Hicks, [supra]. In the case sub judice, the special agent stated that she opened the images to verify if it was pornography, not to verify if it was a mirror image. When SA JL began examining the files on the computer the pictures of child pornography were not in plain view. She had to enlarge the thumbnails in order to determine that the images depicted were child pornography. Thus, . . . the inspection of those files exceeded the authorized scope of the authorized search. . . . As the Supreme Court noted, the `distinction between looking at a suspicious object in plain view and moving it even a few inches is much more than trivial for the purposes of the Fourth Amendment.’ Arizona v. Hicks, [supra]. Here, we find that SA JL's act of opening the thumbnails to see if they were images of child pornography is similar to moving an object, which is more than trivial for purposes of the Fourth Amendment. Thus the images were not in plain view.

Posted by Susan Brenner at 8:21 AM