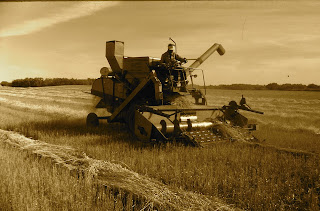 This post is about a civil action brought by a prisoner who was convicted of crimes involving child pornography and who is currently incarcerated. The case is Christie v. MacFarlane, 2009 WL 3536550 (U.S. District Court for the District of New Jersey 2009), and it involved what is known as a Bivens claim.

an implied cause of action existed for an individual whose 4th Amendment freedom from unreasonable search and seizures had been violated by federal agents. The victim of such a deprivation could sue for the violation of the Amendment itself, despite the lack of any federal statute authorizing such a suit. The existence of a remedy for the violation was implied from the importance of the right violated.

The Bivens Court therefore reversed the district court’s order dismissing Biven’s claim on the grounds that it failed to state a legally cognizable cause of action. Bivens v. Six Unknown Named Agents, supra. As I’ve noted, a defendant in a civil case can, if the facts and law warrant doing so, file a motion to dismiss the plaintiff’s claim for failure to state a cause of action. In the federal system, such a motion is filed under Rule 12(b)(6) of the Federal Rules of Civil Procedure. The motion asserts that even if the facts the plaintiff alleges are correct, he/she/it has no cognizable claim under the law; if the trial court finds that to be true, the judge will dismiss the claim, often ending the case.

That brings us back to Christie v. MacFarlane. In his complaint, Russell Christie (“Plaintiff”) alleged that

Special Agents Douglas MacFarlane and Bernard Riedel, Jr., in connection with a criminal investigation of Plaintiff, failed to follow procedures set forth in 18 U.S. Code § 2518 for interception of electronic communications, including failure to obtain advance judicial approval for the interceptions. More specifically, Plaintiff alleges that Agents MacFarlane and Riedel unlawfully accessed the NAMGLA [North American Man Girl Love Association] website, in April and June 2006, using an administrator level log-on provided by the website administrator, to “harvest” Internet Protocol addresses, including the IP address for a poster using the username `franklee,’ attributed by the government to Plaintiff.

Christie v. MacFarlane, supra. The defendants seem to have filed a Rule 12(b)(6) motion to dismiss this claim, since that’s the issue the court addresses in this opinion.

This wasn’t the first time Christie argued that the agents’ “harvesting” his IP address violated the 4th Amendment. He made the same argument in a motion to suppress evidence in his criminal case. He lost on that argument because, as I explained in an earlier post, he based it on a decision of the Appellate Division of the Superior Court of New Jersey; the problem was, as I explained in the earlier post, that a decision of a state court is not binding on a federal court. The federal district court judge therefore applied decisions of other federal courts – which, as I noted, have for the most part held that the 4th Amendment doesn’t protect IP addresses – and denied the motion to suppress. According to this news story, Christie was convicted in November of 2008 and, on June 24, 2009, was sentenced to serve 90 years.

Now, you might think that the federal district judge to which Christie’s Bivens action was assigned would simply cite the other federal judge’s decision denying the motion to suppress and use that as the basis for dismissing Christie’s Bivens claim. That may seem to make a great deal of sense given that the same law and same facts are at issue in both; the apparent problem is that one case is a civil case and one is a criminal case. They are therefore not the same proceeding, i.e., not the same case under the law.

Since there are two different cases, a court can’t simply say that, “well, you lost on that issue in the other case, so you lose on it here, as well.” It’s more complicated than that.

The federal judge who had Christie’s civil case therefore began his analysis of whether the claim should be dismissed under Rule 12(b)(6) by applying the rule the Supreme Court applies whenever a defendant in a criminal case files a civil suit claiming unconstitutional conduct in the investigation or prosecution of the criminal case. In Heck v. Humphrey, 512 U.S. 477 (1994), the Supreme Court held that when someone who is a criminal defendant or who has been convicted of a crime files a civil rights suit seeking damages, the district court judge to whom the case is assigned

must consider whether a judgment in favor of the plaintiff would necessarily imply the invalidity of his conviction . . .; if it would, the complaint must be dismissed unless the plaintiff can demonstrate that the conviction . . . has already been invalidated. But if the district court determines that the plaintiff's action, even if successful, will not demonstrate the invalidity of any outstanding criminal judgment against the plaintiff, the action should be allowed to proceed, in the absence of some other bar to the suit.

Heck v. Humphrey, supra. The Humphrey Court also held that a civil rights cause of action for damages “attributable to an unconstitutional conviction . . . does not accrue until the conviction . . . has been invalidated.” Under Humphrey, Christie’s Bivens claim wouldn’t accrue (i.e., wouldn’t come into existence) unless and until his conviction on the child pornography charges (which was based in part on the IP address evidence) was overturned by a higher court.

The Humphrey principle applied to Christie’s Bivens claim because if the federal judge who was assigned his civil suit held that what the agents did violated the 4th Amendment, that decision “would necessarily imply the invalidity of his conviction” on the child pornography charges. Since the child pornography conviction was, in part, based on the IP address evidence, and since that evidence couldn’t have been used in the criminal case if it had been obtained in violation of the 4th Amendment, the civil court would in effect be saying that the criminal conviction was invalid.

Plaintiff presented this claim, twice, unsuccessfully, to the court in his criminal proceeding. . . . Based upon the Opinions denying Plaintiff's motions in the criminal case, it appears that all evidence supporting Plaintiff's convictions flows from the identification of Plaintiff as a particular user of the NAMGLA website, `franklee.’ Thus, it appears that a favorable outcome in this proceeding, with respect to this claim, would necessarily imply the invalidity of Plaintiff's criminal conviction. In addition, the appeal of the conviction remains pending in the Court of Appeals for the Third Circuit. Accordingly, this claim must be stayed. . . .

Should Plaintiff wish to pursue this claim, he must so advise the Court by filing a motion to re-open this matter within 60 days after his conviction has been `invalidated’ by reversal on direct appeal, issuance of a collateral order, or otherwise.

Since I wrote the article – which referred to this principle as “cross-over estoppel” – a number of courts have applied the principle. A Vermont trial court, for example, held that a plea in criminal case could be used to estop litigation of an issue in a civil case. See Normandy v. Martin, 2005 WL 6199161 (Superior Court of Vermont 2005). So, I don’t see why the decision in the criminal case couldn’t have been used to bar Christie from raising a Bivens claim based on exactly the same law and facts. Since the issue in both cases was purely an issue of law, the different burdens of proof (i.e., beyond a reasonable doubt versus preponderance of the evidence) wouldn’t matter in this context.

I assume the problem with doing this is that Christie's conviction was still in the process of being appealed and that his appeal encompassed the actions that provided the basis for his Bivens claim. So his conviction, unlike the conviction that resulted from the plea in the Martin case wasn't absolutely final. I'm not sure that would bar the use of cross-over estoppel here: If the conviction was reversed on other grounds, the reversal wouldn't revive this Bivens claim. If the conviction was reversed on the basis that the agents violated existing law by "harvesting" the IP addresses, that decision should revive Christie's Bivens claim because it would at least implicitly reverse this court's ruling on the Rule 12(b)(6) motion. If it was reversed because the Court of Appeals decided that what the agents did should violate the law but did not violate the law as existed when they "harvested" the IP addresses, I don't think the reversal could revive Christie's Bivens claim.

I'm probably making too much of this. The existing approach is probably eaiser to apply.

Maybe I'm misunderstanding something, but isn't exclusion of evidence collected in violation of the fourth amendment *not* automatic? That is, a ruling that the collection violated his fourth amendment rights wouldn't invalidate his conviction until and unless someone ruled the exclusionary rule would necessarily apply in that case.

Or am I missing something?