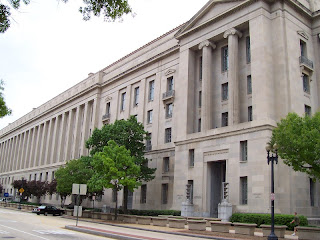 This post deals with issues similar to those I addressed in an earlier post. That is, it also deals with a defendant who sought to have federal charges dismissed on the grounds that they improperly duplicated the substance of charges brought earlier, by another sovereign.

The defendant in the earlier post based his motion to dismiss on the Double Jeopardy Clause of the Fifth Amendment. As I explained in that post, the Double Jeopardy Clause bars the government from re-prosecuting someone for the same crime; but as I also explained, the U.S. Supreme Court has held that the Clause only bars a subsequent prosecution brought by the same sovereign (e.g., the federal government or the same U.S. state) because it only prevents a prosecution for the “same offense.” The Court held that when conduct simultaneously violates the law of two different sovereigns (e.g., Iowa and Maine), it constitutes the commission of two separate offenses, each of which can be prosecuted by the sovereign whose law was violated.

On October 4, 2006, Belanger, a City of Windsor detective, logged into a chat room on the Internet. Defendant responded the same day. Carefully tracked, the transcript of the instant messages between Belanger, posing as a 13-year-old girl, and defendant establish that the initiative of engaging in a sexual encounter originated with defendant. Defendant in his messages displayed a desire to have a sexual relationship with a 13-year-old girl.

On November 9, 2006, [Windsor, Canada, Detective] Belanger contacted [US ICE Agent] MacBride to alert him to the conversations he was having with [Yakoob], who he knew was in the United States. Belanger asked MacBride to assist in identifying the owner of the computer with the screen name and Internet address being used by [Yakoob].

MacBride issued administrative subpoenas to two Internet service providers (ISPs) to obtain the name and address of the owner of the computer being used by [Yakoob]. This cooperation between police agencies is a common occurrence.

On November 16, 2006, ISP Wide Open West responded to the subpoena with information that 20516 Joanne Smith Drive, Warren, Michigan, was the location of the computer defendant was using and that Internet service at the address was registered in the name of Sinan Yakoob.

On November 17, 2006, ICE agents surveilled the residence at the Smith Drive address and observed [Yakoob] leaving the residence.

On November 17, 2006, MacBride went to Windsor and unofficially participated in a police briefing, and then went to the shopping mall where he observed[Yakoob] being arrested.

MacBride observed and listened to the Windsor police question [Yakoob], and at the same time prepared a search warrant for the Smith Drive address. The search warrant was signed by a magistrate judge at 1:30 a.m. on November 18, 2007, and served at 10:00 a.m. the same morning.

Yakoob moved to dismiss the U.S. federal charges on the grounds that the prosecution had been brought in violation of the Petite policy. U.S. v. Yakoob, supra. The policy takes its name from the U.S. Supreme Court’s decision in Petite v. U.S., 361 U.S. 529 (1960), in which the Court granted the U.S. Department of Justice’s request for an order vacating a federal conviction which violated the Department’s policy against duplicating federal-state prosecutions.

The current policy – the Petite policy – is contained in § 9-2.031 of the Department of Justice’s U.S. Attorney’s Manual, which you can find here. It provides as follows:

This policy establishes guidelines for the exercise of discretion by . . . officers of the Department of Justice in determining whether to bring a federal prosecution based on substantially the same act(s) or transactions involved in a prior state or federal proceeding. . . .

The purpose . . . is to vindicate substantial federal interests through appropriate federal prosecutions, to protect persons charged with criminal conduct from the burdens associated with multiple prosecutions and punishments for substantially the same act(s) or transaction(s), to promote efficient utilization of Department resources, and to promote coordination and cooperation between federal and state prosecutors.

This policy precludes the initiation or continuation of a federal prosecution, following a prior state or federal prosecution based on substantially the same act(s) or transaction(s) unless three substantive prerequisites are satisfied: first, the matter must involve a substantial federal interest; second, the prior prosecution must have left that interest demonstrably unvindicated; and third, applying the same test that is applicable to all federal prosecutions, the government must believe that the defendant's conduct constitutes a federal offense, and that the admissible evidence probably will be sufficient to obtain and sustain a conviction by an unbiased trier of fact. In addition, there is a procedural prerequisite to be satisfied, that is, the prosecution must be approved by the appropriate Assistant Attorney General. . . .

First of all, the U.S. Court of Appeals for the Second Circuit has held that the Petite policy applies “only to domestic prosecutions,” not to instances in which the prior prosecution was brought by a foreign government. U.S. v. Catino, 735 F.2d 718 (1984). The Second Circuit reached this result by examining the plain language of the Petite policy; as you can see from the excerpt quoted above, it only refers to U.S. initiated state-federal prosecutions.

The other problem Yakoob had was that, even if the policy somehow applied to his situation, he couldn’t raise it. Federal courts of appeals have consistently held that since “the policy is not constitutionally mandated”, it “confers no rights on an accused.” U.S. v. Yakoob, supra. One court, for example, described the Petite policy as one of the “internal housekeeping rules of the Department of Justice” and noted that such rules create no enforceable rights in defendants. U.S. v. Snell, 592 F.2d 1083 (U.S. Court of Appeals for the Ninth Circuit 1979).

The premise that internal rules like the Petite policy don’t create rights enforceable by defendants like Yakoob dates at least back to the U.S. Supreme Court’s decision in U.S. v. Caceres, 440 U.S. 741 (1979). In Caceres, the Court refused to use the exclusionary rule to enforce an internal agency regulation that limited electronic eavesdropping. The Court noted that since the violation involved an agency rule – and not a constitutional right – it would not be appropriate to apply the exclusionary rule. It also noted that to use the exclusionary rule or similar sanctions to enforce an internal agency rule could have the undesirable effect of discouraging agencies from adopting self-imposed rules of restraint, such as the Petite policy.

So Yakoob seems to have had a good argument based on the policy itself, but he still lost.

Posted by Susan Brenner at 9:39 AM