Multiple Images of Child Pornography: 1 Crime or Many? 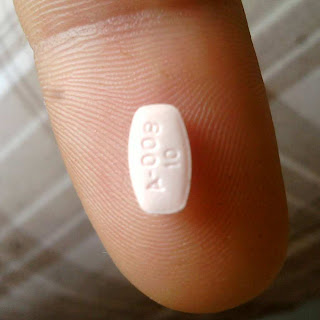 This post returns to an issue I've dealt with in prior posts: How do you decide when one crime or more than one crime should be charged?

As I explained in a post I did last year, in criminal procedure charging documents (e.g., indictments, informations) charge separate crimes in separate “counts” of the document.

As I explained in another post, if an indictment breaks one crime up into many counts, it will be challenged as multiplicitous, i.e., as breaking what should be a single crime up into many different crimes. As I explained in the initial post, if an indictment charges two or more crimes in a single count, it will be challenged as being duplicitous.

And, finally, as I explained in a post I did a few months ago, the standard courts use to decide when two crimes are the same is the Blockburger test: In Blockburger v. United States, 284 U.S. 299, 304 (1932), the U.S. Supreme Court held that the standard is “whether each provision requires proof of a fact which the other does not.”

This issue seems to have come up primarily at the state level, and the courts that have addressed it tend to disagree on the correct answer. I suspect the disagreement is, at least in part, a function of the idiosyncrasies of state law.

any matter, . . . including, but not limited to, any film, filmstrip, photograph, negative, slide, photocopy, videotape, video laser disc, computer hardware, computer software, computer floppy disc, data storage media, CD-ROM, or computer-generated equipment or any other computer-generated image that contains or incorporates in any manner, any film or filmstrip, the production of which involves the use of a person under the age of 18 years, knowing that the matter depicts a person under the age of 18 years personally engaging in or simulating sexual conduct. . . .

approximately 10:45 p.m. . . .in relation to a prowling charge which occurred outside a 13-year-old girl's residence in the City of Napa. During a search of [Ogle’s] vehicle incident to his arrest, the police recovered a video camera, which was camouflaged with black electrical tape. The cassette inside the video camera contained separate footage of 12 different teenage girls in various stages of undress, some completely nude, filmed through the windows at their respective residences. . . . The girls ranged from 13 to 19 years old.

On appeal, Ogle claimed he “improperly suffered multiple convictions for a single act of possession of child pornography because the same videotape provided the factual basis for each of [his] convictions.” People v. Ogle, supra. In other words, he claimed there was only crime – and therefore should have been only one count – because the possession charge was based on one videotape. The prosecution argued that there were “`separate and discrete offenses’ because each segment of the videotape involved separate young women videotaped at different times.” People v. Ogle, supra.

People v. Ogle, supra. A year later, the California Court of Appeals for the Fifth District held that “possession of multiple images of child pornography cannot be `fragmented’ into separate counts so long as the images are possessed `simultaneously’ and are `found at the same time and in the same place.” People v. Ogle, supra (quoting People v. Manfredi, 169 Cal. App.4th 622, 87 Cal. Rptr.3d 810 (2008)).

The Ogle court adopted “the reasoning in Hertzig and Manfredi” and therefore held that Ogle’s “possession of multiple images of child pornography on his video camera as a result of his surreptitious recording of young women was a single criminal violation of” § 3111.11(a). People v. Ogle, supra. The California Court of Appeals for the Sixth District reached the same conclusion in People v. Ciccarelli, 2009 WL 3635801 (2009).

Other courts have reached different conclusions. In State v. Fussell, 974 So.2d 1228 (Louisiana Supreme Court 2008), the court was required to decide if, under Louisiana Revised Statutes § 14:81.1(A), a defendant could “be charged with possessing multiple counts of child pornography or . . . should be charged with only one count for a single act of possession of multiple images of child pornography.” The Louisiana statute makes it a crime to possess “any photographs, films, videotapes or other visual reproductions of any sexual performance” involving a child under 17.

After an exhaustive review of cases from Louisiana and elsewhere, and an equally exhaustive analysis of the language and legislative import of the statute, the Louisiana Supreme Court found that the Louisiana legislature

intended to prevent any child from ever being victimized by punishing any of four types of offenders for each action that contributes to that child's sexual exploitation, including a defendant who intentionally possesses child pornography. . . .Thus, in the instant matter, we hold that the language of [§ 14:81.1(A)(3)] evidences a legislative intent to allow a separate conviction on a separate count for each child, in each sexual performance in which that child is victimized, that is captured in any photographs, films, videotapes, or other visual reproductions that a defendant intentionally possesses.

State v. Fussell, supra. This court, therefore, held that the benchmark for determining the scope of a possession count is the discrete act(s) involved in victimizing a child. The Pennsylvania Supreme Court reached the same conclusion in Commonwealth v. Davidson, 595 Pa. 1, 938 A.2d 198 (2007), as did the Indiana Court of Appeals in Brown v. State, 912 N.E.2d 881 (2009).

The U.S. Court of Appeals for the Second Circuit reached the opposite conclusion in U.S. v. Polouizzi, 564 F.3d 142 (2009). After being convicted of multiple counts of possessing child pornography, Polouizzi (aka Polizzi) argued that his convictions “must be vacated because. . . . the conduct charged in the indictment – possessing a single collection of child pornography . . . – constitutes only a single” crime. U.S. v. Polouizzi, supra. Polizzi was convicted under 18 U.S. Code § 2252(a)(4)(B), which makes it a federal crime to possess “1 or more books, magazines, . . . video tapes, or other matter” which contains “any visual depiction” of a child engaged in sexually explicit conduct.

` knowingly and intentionally possess[ed]’ one computer file containing a visual depiction of minors engaged in sexually explicit conduct. . . . Collectively, therefore, the eleven counts were for possession of eleven computer files.

Based on the clear language of the statute, we conclude that Congress intended to subject a person who simultaneously possesses multiple books, magazines, periodicals, films, video tapes, or other matter containing a visual depiction of child pornography to only one conviction under [18 U.S. Code § 2252(a)(4)(B)].

U.S. v. Polouizzi, supra. The court primarily relied on the language of the statute:

The language`1 or more,’ . . . indicates that a person commits one violation of the statute by possessing more than one matter containing a visual depiction of child pornography. Thus, unlike the word `any,’ which `has “typically been found ambiguous in connection with the allowable unit of prosecution,” for it contemplates the plural, rather than specifying the singular,’ . . . the phrase `1 or more’ specifies the plural. Thus, the plain language of the statute provides that a person who possesses `1 or more’ matters containing a prohibited image has violated the statute only once.

U.S. v. Polouizzi, supra. The Polouizzi court’s distinction between the use of “1 or more” and “any” at least arguably reconciles its decision and the Louisiana Supreme Court’s decision in Fussell. It cannot, however, reconcile the different holdings in Ogle and Fussell, at least not in terms of the plain language used in the respective statutes at issue in those cases.

If we accept the premise that the gravamen of the crime is “possession,” then treating a single act of possessing some quantum of child pornography makes sense given how we approach possession in other contexts. Assume, for example, that a state statute makes it a crime to possess any of a list of controlled substances; assume, further, that one of those controlled substances comes in pill form. Now assume that police search John Doe’s home and fine 500 pills of a substance the possession of which is outlawed by the statute.

I think, and I think U.S. law has pretty much taken this approach, that it makes more sense to charge Doe with a single count of possession . . . and then factor the quantity of the item he possessed into the calculation of his sentence. If we go with that theory, then it seems logical to apply the same approach to possession of child pornography.

Not to be a stickler, but Blockburger doesn't set out the test for multiplicity; Blockburger is only a test for determining if two statutes reach the same conduct. Multiplicity, as you explain in the post, involves multiple charges under the same statute, not two different statutes. The test for multiplicity is whether the legislature intended the facts underlying each count to make up a separate unit of prosecution. See Sanabria v. United States, 437 U.S. 54, 69-71 & n.24 (1978); Bell v. United States, 349 U.S. 81, 81, 83-84 (1955); see also Ladner v. United States, 358 U.S. 169, 173 (1958) (propriety of charging multiple counts of assault rests on the legislative intent in enacting the statute).

I agree with you about the diverse results on the question among the federal and state courts. And trying to come up with a sensible explanation for the various results is made even more difficult because of the different terms used in the particular statutes.