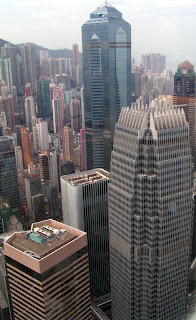 As I may have noted, the Double Jeopardy clause of the Fifth Amendment to the U.S. Constitution says “[no person shall] be subject for the same offense to be twice put in jeopardy of life or limb.” As Wikipedia explains, the clause is intended to “limit abuse by the government in repeated prosecution for the same offense as a means of harassment”. As Wikipedia notes, “jeopardy” attaches under the clause (i) in a jury trial when the jurors and alternate jurors have been sworn in and (ii) in a non-jury trial (a trial to the judge) when the first witness is sworn in to testify.

There are, as Wikipedia also notes, several exceptions to the double jeopardy prohibition. But before we get into the exceptions, I need to outline and facts and issues in the case on which this post is based.

The case is U.S. v. Marimuthu, 2009 WL 4729032 (U.S. District Court for the District of Nebraska). This opinion contains the court’s ruling on defendant Jaisankar Marimuthu’s motion to dismiss the charges against him on the grounds that they violated the double jeopardy prohibition. Here are the facts that would eventually lead to Marimuthu’s being prosecuted in federal court:

Jaisankar Marimuthu is a citizen of India. He was arrested when he entered Hong Kong through the airport on December 19, 2006. He was ultimately charged in the Hong Kong court system with 6 counts of `obtaining access to a computer with a dishonest intent to gain for himself or another, contrary to section 161(1)(c) of the Crimes Ordinance, Cap. 200’; 7 counts of money laundering or `dealing with property known or believed to represent proceeds of an indictable offence, contrary to section 25 of the Organized and Serious Crimes Ordinance, Cap. 455’; and one count of `possessing equipment for making a false instrument with intention, contrary to section 76(1) of the Crimes Ordinance, Cap. 200.’ The charging documents state that the offenses occurred between October 18 and October 26, 2006. Marimuthu reportedly obtained access to computer systems belonging to Boom Securities (H.K.) Limited, the Hang Seng Bank Limited, and the Bank of China (Hong Kong) Limited. The property representing proceeds of an indictable offense totaled more than $250,000 in Hong Kong currency owned by the Hongkong and Shanghai Banking Corporation Limited.

On October 30, 2007, Marimuthu pled guilty in Hong Kong to 7 counts of money laundering and was sentenced to 26 months' imprisonment.

U.S. v. Marimuthu, supra. Here is how the Hong Kong judge who sentenced Marimuthu described the conduct involved in the charges to which he pled guilty:

1. The offence . . . was dealing with money which had been obtained as a result of dishonest Internet access to other people's bank accounts . . . which . . . were used to buy into a particular form of security, namely, a put warrant, . . . to ramp up the price of that security which was simultaneously being traded on your own bank account. . . .

3. Over a period of several days, in October 2006, six such transactions occurred, though there were multiple sales and purchases of the warrant . . . through the accounts. . . .

5. Your offence . . . was to deal with those proceeds, remitting the money overseas. The proceeds transferred amounted to $297,932.

The United States initiated this prosecution by filing a criminal complaint on December 21, 2006. Marimuthu and two codefendants were indicted by the Grand Jury in the District of Nebraska on January 18, 2007. . . . [T]he charged conduct involves a stock fraud scheme targeting thinly traded securities in the U.S. stock markets. Marimuthu and his co-conspirators hacked into individuals' online brokerage accounts and fraudulently created online brokerage accounts in the names of real individuals. They used these online accounts to purchase targeted securities with the intent to fraudulently increase the value of the targeted securities, thereby allowing the defendants to realize gains in their own security holdings. . . . .

As I noted above, Marimuthu moved to dismiss the federal charges on the grounds that they violated the prohibition on double jeopardy. (I assume, then, that although the opinion doesn’t specifically say this, that some of the conduct that provided the basis for the Hong Kong prosecution also provided the basis for at least some of the federal charges.)

On its face, the federal prosecution didn’t violate the prohibition because the prosecutions were brought by two different sovereigns, which typically triggers the dual sovereignty exception to the double jeopardy prohibition contained in the Fifth Amendment. As the U.S. Supreme Court explained in U.S. v. Lanza, 260 U.S. 377, 382 (1922), the

dual sovereignty doctrine is founded on the common-law conception of crime as an offense against the sovereignty of the government. When a defendant in a single act violates the `peace and dignity’ of two sovereigns by breaking the laws of each, he has committed two distinct `offences.’

So if someone’s conduct violates Kentucky law and Idaho law, she can be prosecuted by both states, sequentially. An Idaho prosecution that follows a Kentucky prosecution (and conviction) doesn’t violate double jeopardy because the conduct constituted a separate and distinct crime against each sovereign. Heath v. Alabama, 474 U.S. 82 (1985).

Marimuthu’s lawyers were aware of the exception and its effect, so they sought to invoke an exception to the dual sovereignty exception. In Bartkus v. Illinois, 359 U.S. 121, 123-124 (1959), the U.S. Supreme Court suggested that the exception might not apply when two sovereigns worked so closely together there was, in effect, only a single prosecution:

In his motion to dismiss, Marimuthu argued that the Hong Kong authorities

searched him on December 19, 2006, seized `items of evidentiary value,’ and immediately sent copies of those items to the FBI in Omaha, Nebraska. The charges pending in this court were initiated with the use of information obtained from Marimuthu after his arrest in Hong Kong. He contends that the Hong Kong prosecution was a sham, the Hong Kong authorities were merely acting as a tool of the United States, and the two countries should be viewed as a single sovereign for purposes of double jeopardy.

The Marimuthu judge wasn’t convinced that Bartkus actually established this “sham prosecution” exception. He pointed out that the U.S. Court of Appeals for the Eighth Circuit, the decisions of which are controlling precedent for Nebraska district courts, had described the Bartkus language quoted above as dicta. U.S. v. Marimuthu, supra. As Wikipedia explains, dicta (or obiter dicta) is a “remark . . . made by a judge that, although included in the . . . court’s opinion, does not form a necessary part of the court’s decision” and therefore has no precedential value. If the comments were dicta, then the Marimuthu judge wasn’t required to apply the “sham prosecution” exception.

Ultimately, the judge held that after examining “the parties’ evidentiary materials, the criminal complaint, the indictment” and other materials, he found Marimuthu had not “shown that the government of Hong Kong was `merely a tool’ of the United States when it pursued its own criminal charges against Marimuthu. At most, Marimuthu has shown there was cooperation between the two sovereigns”, which is not enough to trigger the Bartkus “sham prosecution” exception if, in fact, it exists. U.S. v. Marimuthu, supra.

I don’t find any other reported cybercrime cases in which this issue has come up, at least not as directly as it did in this case. Given the ease with which cybercrimes transcend state and national borders, I suspect we may see this issue come up more often in the future.