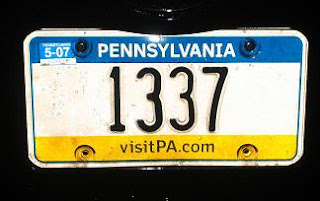 As Wikipedia explains, and as I’ve noted in earlier posts, section 1983 of Title 42 of the U.S. Code creates a civil cause of action for those whose rights under the Constitution and law of the United States have been violated. Or, as 42 U.S. Code § 1983 puts it.

[e]very person who under color of any statute, ordinance, regulation, custom, or usage, of any State or Territory or the District of Columbia, subjects, or causes to be subjected, any citizen of the United States or other person within the jurisdiction thereof to the deprivation of any rights, privileges, or immunities secured by the Constitution and laws, shall be liable to the party injured in an action at law. . . .

This according to the opinion, is how the case arose:

Slavoski accessed a criminal information databank [the National Crime Information Center] on behalf of a member of the Kingston Police Department, Detective David Griffin. Griffin had asked Slavoski to obtain information about a vehicle because Griffin believed he was being stalked. The databank showed that the vehicle was registered to defendant Willard Oliphant and his son Will. At the time, Oliphant was employed by the Pennsylvania State Police as a captain.

Apparently motivated by Slavoski's inquiry on behalf of Griffin, defendant Bryan Devlin conducted an audit of the databank's terminal less than two months later. About a year later, defendant Mervin Rodriguez accused Slavoski of misusing the Commonwealth Law Enforcement Assistance Network (`CLEAN’) and improperly disseminating information from it to Griffin.

Rodriguez told Slavoski that he would be on probation for a year. Devlin, Rodriguez, Rivera, and Hacken also acquired Slavoski's personal address by auditing the databank. The Defendants continued to investigate Slavoski, and he remained on probation.

In his suit, Slavoski alleged that (i) the defendants “acted in retaliation for his `innocent and lawful use’ of the databank because it `exposed the Oliphant's [sic] personally,’ in violation of Slavoski's First Amendment rights” and (ii) “the audit was an unlawful search in violation of his 4th Amendment rights”. Slavoski v. Pawlowsk, supra. The defendants responded by filing a motion to dismiss Slavoski’s suit. Slavoski v. Pawlowsk, supra.

As Wikipedia notes, Rule 12(b)(6) of the Federal Rules of Civil Procedure lets a defendant (or defendants) file a motion to dismiss a civil suit on the grounds that the the plaintiff has failed “to state a claim upon which relief can be granted.” The defendants in this case filed such a motion to dismiss, and the federal district court judge who had the case granted it. Slavoski v. Pawlowsk, supra. Since the motion effectively terminated his civil rights suit, Slavoski appealed the judge’s granting the motion to the 3d Circuit Court of Appeals. Slavoski v. Pawlowsk, supra.

any Secret Service agent who is placed on probation, as Slavoski was, by a statewide police force, who purportedly has the obligation to monitor or administer a criminal databank, has, a . . . severe employment problem. . . . [Slavoski’s] Philadelphia supervisors . . . are seeking to discipline [him] and affect his career in an adverse fashion.

Without any supporting information or citations, the [district court judge found] that being placed on probation by the Pennsylvania State police, and by publishing Secret Service agent Slavoski's residency address, and then investigating him every time he complains about official misconduct in a formal complaint. . . .

An illegal effort was made to unlawfully wiretap Slavoski, along with a commensurate effort to induce a PSP trooper to bear false witness against him. . . . Being investigated by such an agency, that is retaliating to protect one of its own i.e., Oliphant should not result in a nonsuit for non-retaliation’. . . .

This corruption in the PSP goes on and on. Here it takes the form of punishing a Secret Service agent engaged in a lawful law enforcement activity that unbeknownst to him, ends up identifying a high ranking PSP officer and then the organization mobilizes to put him in a situation where his activities are monitored and where his employment is adversely affected.

The Court of Appeals did not buy Slavoski’s argument:

We agree with the District Court's conclusion that Slavoski failed to state a claim of retaliation in violation of the 1st Amendment because he was put on probation for his alleged unauthorized use of the database before he made any complaints against the Pennsylvania State Police. Therefore, even if we accept that filing those complaints was protected 1st Amendment activity, Slavoski failed to allege any facts demonstrating retaliatory action that occurred in response to that activity.

Moreover, actions taken by Defendants after Slavoski filed his complaints do not qualify as retaliatory actions. See Eichenlaub v. Township of Indiana, 385 F.3d 274 (3d Cir. 2004) (`. . . constitutional retaliation claims are analyzed under a three-part test. Plaintiff must prove (1) that he engaged in constitutionally-protected activity; (2) that the government responded with retaliation; and (3) that the protected activity caused the retaliation.’).

also inimmicable [sic] to the national interest. Given Slavoski's position of trust as a Secret Service Agent and the national interest attached thereto this is a matter of deep public concern. . . . Slavoski brought this action in the [U.S. District Court for the] Middle District of Pennsylvania and as a result, was investigated, a PSP member was approached by PSP supervisor, Frances Hacken to bear false witness against him, and in addition, the same female Trooper was solicited to wear an illegal wiretap and engage Slavoski in a conversation based upon retaliatory motives.

Just because she refused does not lessen the effect of these actions.

Slavoski also argued, as noted above, that the audit of the “criminal information databank” violated his right to privacy under the 4th Amendment. Appellate Brief, Slavoski v. Pawlowsk, supra. I don’t have access to the Complaint he filed to initiate the civil rights suit, but in his appellate brief, he says “the unlawful acquisition and dissemination of Slavoski's personal address” raised “a severe officer safety issue” and violated his right “to be free from unreasonable searches and seizures.” Appellate Brief, Slavoski v. Pawlowsk, supra.

Later in the brief, he alleges that the “defendants knowingly utilized their law-enforcement power to search records and acquire personal information about Slavoski in violation of his 4th Amendment rights to privacy and to be free of unlawful searches.” Appellate Brief, Slavoski v. Pawlowsk, supra. In connection with this allegation, he again asserts that various of the defendants used his “personal address”, which was “not only a violation but a serious matter regarding officer safety.” Appellate Brief, Slavoski v. Pawlowsk, supra. From the other allegations noted above, I’m assuming the “violation” he refers to here also involves his 4th Amendment rights.

As I’ve explained in earlier posts, for law enforcement activity to constitute a “search” under the 4th Amendment, the activity must target an area in which the alleged victim of the activity (i) had a subjective expectation of privacy (ii) that society is willing to accept as objectively reasonable. And as I’ve noted in other posts, courts have found that employees do not have such an expectation of privacy in their employer’s computers or other property. That’s clearly the premise on which the district court judge relied on dismissing Slavoski’s 4th Amendment claim.

Slavoski, though, apparently had a somewhat different interpretation of the issue. In his brief, he criticizes the district court’s analysis, noting that in the section of his Complaint (or a brief, I’m not sure which) in which he claimed

the disclosure of his home address was violative of officer safety the [district] court makes a jump to plaintiff's lack of privacy reliance in his workplace! Plaintiff asserts this analogy bears no relation to his allegations, nor to his complaint.

If you’d like to read a little more about this litigation, you might check out the news stories you can find here and here.

Posted by Susan Brenner at 2:31 PM

This Oliphant guy is a real loser. He was sued - a federal jury found Oliphant and another supervisor guilty of secretly recording a 2003 phone conversation with a trooper who was on medical leave.

The trooper claimed that his bosses taped the call to trap him into admitting he wasn’t hurt and to discourage his workers’ compensation claim. The jury ordered $501,000 in compensatory and punitive damages.

In fact the whole state police force seems to be filled with crooks. Everyone seems to be suing everyone else there!

I'm confused. Why would the state police have authority to discipline a secret service agent?

According to the news story you can fine here, it wasn't really probation:

The story says, in part, that in March of

"Slavoski filed a complaint with the state police after his access to a law-enforcement records database was put on probationary status for a year, the Philadelphia Daily News reported."

"The probation followed what Slavoski's attorney called an improper investigation of Slavoski ordered by Capt. Willard Oliphant, head of the state police internal affairs division, after he learned the agent had used the database to check Capt. Oliphant's vehicle registration."

You can find the Philadelphia Daily News story (which says probation was the first step toward barring Slavoski from using the system) here:

I don't have Slavoski's complaint, so I can't tell you any more than that, sorry.

In order to have access to a law enforcement database, like this NCIC or it's state equivilent, you have to get permission and certification from the agency that owns the database. In that case, the databse is run by the Penn. Highway Patrol.

In all states that I know of, you have to take a test regarding proper use of the system, not running licenses for friends, and stuff like that, before you are allowed access.

If you violate their Terms of Service (or End User License Agreement), your access can be terminated. But there are other, lesser sanctions, too. In this case, he was placed on probation (i.e. Don't do it again or your access will be terminated. We will be watching you for 90 days or whatever so don't screw up.)

I think the guy was an idiot for filing this lawsuit. It's not like he would have been terminated from access. He is a federal agent in charge. But he also seems to be an asshole, too, so this action fits with his personality.