The Subpoenas, the Text Messages and the 4th Amendment 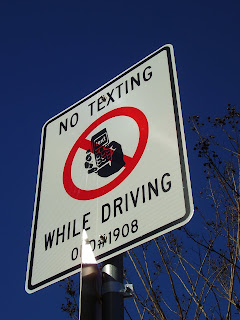 On February 9, 2011, Clampitt filed a “motion to suppress `[a]ll evidence obtained through or from the search and seizure of [his] cell phone and cell phone records.’” State v. Clampitt, supra. The opinion notes that the State of Missouri obtained this information “from U.S. Cellular through the use of four investigative subpoenas issued in June and July of 2010.” State v. Clampitt, supra.

This is how the opinion describes the four subpoenas:

The first investigative subpoena was issued on June 18, 2010, and requested U.S. Cellular provide the State with tower location information for Audrain County as well as `text message content and detail for incoming and outgoing text messages’ for the number 573-473-8364 `for June 13, 2010 through present.’

The second investigative subpoena was also issued on June 18, 2010, and requested that U.S. Cellular provide the `text message content and detail for incoming and outgoing text messages for any and all phone numbers under the account’ of number 573-473-2599 `for June 13, 2010 through present.’

The third investigative subpoena was issued on June 24, 2010, and requested U.S. Cellular provide the State with all subscriber information for incoming and outgoing calls, including an `itemized statement of incoming and outgoing calls and text messages, and [n]ame, contact information and billing address of subscriber for’ the numbers 573-721-1917 and 573-253-8040 `for June 13, 2010 through present.’

The fourth investigative subpoena was issued on July 1, 2010 and requested U.S. Cellular provide `text message content and detail for incoming and outgoing text messages’ for the number 573-473-2599 `for June 24, 2010 through present.’

The judge to whom the case was assigned held a hearing on Clampitt’s motion to suppress. State v. Clampitt, supra. At the hearing the Special Prosecutor

originally assigned to investigate Clampitt's case testified that she requested [his] incoming and outgoing text messages beyond the twenty-four-hour period surrounding the accident in hopes of obtaining an admission from Clampitt that either he or a member of his family was driving the vehicle at the time of the accident.

The Special Prosecutor also testified that she did not seek a warrant because she believed the text messages `were records that were in possession of a third party’ and that the investigative subpoenas were a sufficient means for obtaining such information from third parties.

State v. Clampitt, supra. In explaining why she didn’t get a warrant, the Special Prosecutor is referring to a 4th Amendment principle I’ve written about before, i.e., that you have no 4th Amendment expectation of privacy in information concerning your activities that is collected by and/or held by a third party.

With regard to the first argument, the State argued, on appeal, that

State v. Clampitt, supra. (For more on the Smith v. Maryland standard, check out this post.)

[w]hile this is true, courts have held that `the mere ability of a third-party intermediary to access the contents of a communication cannot be sufficient to extinguish a reasonable expectation of privacy.’ U.S. v. Warshak, 631 F.3d 266 (U.S. Court of Appeals for the 6th Circuit 2010) (emphasis in original).

As this opinion explains, the Warshak court, in the opinion cited above, found emails

are analogous to phone calls and letters, [and thereby entitled] to the same strong 4th Amendment protections . . . afforded to telephone and letter[s]. . . . The court emphasized that the police cannot intercept a letter without a warrant even after that letter has been handed over to third parties (mail carriers) for delivery. Warshak, supra (citing Ex Parte Jackson).

The court found the same to be true of phone calls, which must be transmitted through a service provider, who has the capacity to monitor and record the calls, yet callers are still `entitled to assume the words [they] utter[ ] into the mouthpiece [will] not be broadcast to the world.’ Warshak, supra. Thus, the court concluded `the threat or possibility of access is not decisive when it comes to the reasonableness of an expectation of privacy.’

The Warshak court therefore held that because the 4th Amendment applies to emails, officers must use a search warrant based on probable cause – rather than a subpoena – to obtain the contents of emails stored with an ISP. Warshak, supra. The Clampitt Court of Appeals found that the Warshak court’s rationale is equally applicable to

Rather, subscribers assume the contents of their text messages will remain private despite the necessity of a third party to complete the correspondence. Callers have long enjoyed 4th Amendment protection of the information they communicate over the phone. We see no reason why the same information communicated textually from that same device should receive any less protection under the 4th Amendment.

Thus, as text messaging becomes an ever-increasing substitute for the more traditional forms of communication, it follows that society expects the contents of text messages to receive the same 4th Amendment protections afforded to letters and phone calls. We therefore find that the trial court did not err in concluding that Clampitt had a reasonable expectation of privacy in the contents of his text messages.

power of the courts to compel the production of documentary evidence through the use of subpoena, prosecutors applying for investigative subpoenas do not have to comply with the 4th Amendment requirements necessary to obtain a search warrant. Johnson v. State, 925 S.W.2d 834 (Missouri Supreme Court 1996).

However, the 4th Amendment still applies to investigative subpoenas to the extent it requires `the subpoena be sufficiently limited in scope, relevant in purpose, and specific in directive so that compliance will not be unreasonably burdensome.’ Id.

The Court of Appeals found that the subpoenas at issue in this case did not meet the above requirements, i.e., were not “sufficiently limited in scope or relevant in purpose.” State v. Clampitt, supra. As to the first point, it explained that the State had obtained

copies of all text messages sent to and received by Clampitt for a thirty-two day period, which included the date of the accident and the following thirty-one days. The . . . State obtained copies of all incoming and outgoing text messages, regardless of the recipient or sender. . . . [T]he Special Prosecutor testified that `[t]he period of time [specified in the subpoenas was] extended until . . . [Clampitt] admitted he was the driver of the vehicle.’

In other words. . . . [i]f no evidence with which to charge Clampitt had come about, presumably the State would still be issuing subpoenas in the hope of securing something it could use against him. The trial court found that the subpoenas were nothing but a fishing expedition, a finding amply supported by the record, and a practice uniformly recognized by the courts to be improper.

The court also pointed out that the State had

no relevant purpose for requesting Clampitt's incoming and outgoing text messages beyond the time of the accident. The trial court found `the state was eavesdropping to see if [Clampitt] would make an admission.’. . . The State provided no evidence that it had reason to believe Clampitt had made admissions or divulged any details about his role in the accident via text messages.

Thus, without a more specific purpose, it is difficult to see how the search and seizure of Clampitt's incoming and outgoing text messages beyond the time of the accident was anything more than a fishing expedition for an admission from Clampitt, as the trial court found it to be. Thus, the trial court did not err in finding the investigative subpoenas to be an unreasonable search.

In a unanimous opinion, the Court of Appeals therefore upheld the trial judge’s motion to suppress the text messages. State v. Clampitt, supra.

(The news story you can find here says Clampitt said he was “reading a text message when the accident occurred”. The story says he hit a man driving a lawnmower.)

I wonder why he didn't make an argument saying that the reading of the texts violated attorney-client privelege? The guy is an attorney and, presumably, was communicating with staff & clients about cases and legal plans.

This dude is in even more trouble now. Last month, according to a felony complaint filed by the Attorney General's Office, Clampitt is facing three new charges: Count 1, stealing without consent; Count II, attempted stealing and Count III, fraudulent use of a credit device. All of this relates to his supposedly using his old law firm's credit card to buy personal stuff.

I'm not sure how else to get ahold of you, but I thought you might be interested in this article for your blog.

Hadn't seen that but I'll check it out. Thanks.