“Transmitting Material Harmful to Minors” and the “Unit of Prosecution” 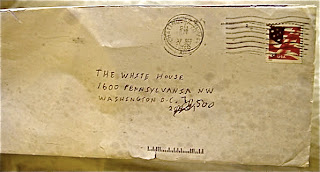 As I’ll explain in a moment, Allen basically argued that he was being prosecuted for too many crimes, based on the conduct that gave rise to the prosecution.

Before we get to his argument and the court’s reaction to it, I need to explain precisely what he was charged with. Florida Statutes § 847.0138(2) makes it a crime for

(If you’re interested, you can find the sentencing provisions here.) Florida Statutes § 847.001(6) defines “material harmful to minors” as follows:

`Harmful to minors’ means any reproduction, imitation, characterization, description, exhibition, presentation, or representation, of whatever kind or form, depicting nudity, sexual conduct, or sexual excitement when it:

(a) Predominantly appeals to a prurient, shameful, or morbid interest;

(b) Is patently offensive to prevailing standards in the adult community as a whole with respect to what is suitable material or conduct for minors; and

(c) Taken as a whole, is without serious literary, artistic, political, or scientific value for minors.

That brings us back to the Allen case. Allen argued that he was

improperly charged with twenty counts of transmitting images harmful to minors when he sent only two instant messages to an undercover detective. Allen argues on appeal that section 847.0138(2) allows for only one unit of prosecution when multiple images are attached to one instant message transmission.

A Martin County Sheriff's Office undercover detective, conducting an online investigation by posing as a fourteen-year-old girl, received communications through Yahoo! Messenger from `blacksteelll8.’ Blacksteelll8 was Allen, who identified himself as a sixteen-year-old male from Tampa. At the time, Allen was thirty-six and lived in an apartment in Altamonte Springs. Attached to two separate instant messages, Allen transmitted a total of twenty images of Caucasian and black penises to show size comparison.

Detectives from the Altamonte Springs Police Department accompanied the undercover detective to Allen's apartment and asked to speak with Allen about the Internet investigation. During a voluntary interview, Allen admitted using the screen name `blacksteelll8’ and sending images of nude males to underage females.

The detectives then executed a search warrant and obtained several computers from Allen's residence. Allen was arrested and charged with twenty counts of transmission of material harmful to a minor by electronics, in violation of section 847.0138(2), by sending two instant-message transmissions with ten images attached to each.

As I noted earlier, Allen moved to dismiss

eighteen of the counts on the grounds that there were only two instant-message transmissions. At the hearing on the motion to dismiss, the undercover detective testified that Allen sent two separate instant messages with ten sexually explicit photographs attached to each. The detective testified that he had to download the photographs from the instant messages individually and that they were `transmitted individually.’

The trial judge denied Allen’s motion and “gave his reasoning on the record”, i.e., did not issue a written opinion on the issue:

`It seems to make logical sense to that under the statute that a person who sends one image would be treated as someone who sent 6,000 images under the Defense argument and it would be treated the same and that doesn't make logical sense, but my job is to just interpret or just to say exactly what the legislature said and they said anyone who sends `an,’ meaning one image, is guilty of a third-degree [crime] and in this case there was more than `an,’ one image sent, there w[ere] 20 images allegedly sent, therefore, it seems to be properly -- charged and the motion to dismiss is denied, the record is made clear for any appellate purposes.’

On appeal, Allen renewed his argument that the trial judge should have dismissed eighteen of the counts, based on Allen’s interpretation of Florida Statutes § 847.0138(2). Allen v. State, supra. The Court of Appeals began its analysis of his argument by noting that

The court then noted that (i) Allen argued that “only two units of prosecution should be allowed against him because two transmissions occurred, irrespective of the number of attached photographs” but (ii) the prosecution argued that “each of the twenty pictures constitutes a separate violation or count.” Allen v. State, supra.

defines `transmit’ as `to send to a specific individual known by the defendant to be a minor via electronic mail.’ § 847.0138(1)(b), Fla. Statutes. The statute also clarifies that `[t]he provisions of this section do not apply to subscription-based transmissions such as list servers.’ § 847.0138, Fla. Statutes.

The statute has been interpreted to contain a geographic knowledge component: `[T]he Florida transmission statute provides that the sender who transmits the e-mail containing material that is harmful to minors must either know or believe that the specific individual who is the recipient of the e-mail is a minor located in Florida.’ [Simmons v. State, supra] (emphasis in original).

Having outlined the applicable law, the court then reviewed the relevant facts:

The photographs were not viewable with the message and had to be opened one by one, making them individual photographs amenable to being individual counts under section 847.0138. The statute states that the punishable conduct is transmitting `an image . . . that is harmful to minors,’ which plainly means each individual photograph. § 847.0138(2), Fla. Statutes (emphasis added).

The Court of Appeals then explained that in

Grappin v. State, 450 So.2d 480 (1984) our supreme court held that when the article `a’ precedes the item described in a statute, it is the intent of the Legislature to make each separate item subject to a separate prosecution. Subsequent to Grappin, our supreme court held in State v. Watts, 462 So.2d 813 (1985) that when the article `any’ precedes the item, then only one prosecution per criminal episode can take place, even for multiple items.

In Schmitt v. State, 563 So.2d 1095 (Florida Court of Appeals 1990) we applied the `a/any’ test to § 827.071(5), Florida Statutes (1987), dealing with possessing `any’ photograph that depicted sexual conduct by a child, and held only one unit of prosecution could lie against a father who possessed seven photographs of his minor daughter's sexual conduct.

The appellate court therefore found that the

trial judge correctly analyzed that it would make no sense to consider twenty or 6000 photographs harmful to minors as only one unit of prosecution simply because they are attached to a single electronic transmission. That result would defeat the plain meaning of the statute. Accordingly, the trial judge correctly denied Allen's motion to dismiss eighteen of the twenty counts with which he was charged.

In a footnote, the court also rejected Allen’s argument that charging him with 20 counts, instead of two, violated the Constitutional prohibition on double jeopardy:

Allen's double jeopardy argument is unavailing. `The Fifth Amendment guarantee against double jeopardy protects a defendant from, among other things, multiple punishments for the same offense.’ State v. Sholl, 18 So.3d 1158 (Florida Court of Appeals 2009). Because, under section 847.0138(2), each attached and transmitted photograph is a separate, punishable violation, there is no double jeopardy.

How fucking insane is this? 15 years in prison for sending dirty pictures to someone on the internet.

What a joke! Then everyone bitches about why roads are not fixed or school programs cut, yet they spend over half a million dollars to lock this dude up.

I wonder - instead of just sending pictures of the 20 weiners, how about if the guy just sent a link to the person for a website that shows naked penises (if that is even a word!)?

There is a website called Show Your Dick.org which has like millions of weiners! (Obviously a website made by someone with too much time on his / her hands.)

So could he have gotten into trouble if he had just sent the person a link to a website containing dick pics in lieu of sending pics of dicks themselves?

And why send someone to jail for that? If some minor girl wants to look at penis pictures all she has to do is google them herself.

Not only is that punishment insane, check out how well the law treats one of their own. Below is a link to all the crimes a cop did in Polk county and he only gets probation o_O

But yet charges were all dropped except for the arson/insurance fraud. It's a bunch of bullcrap, cops get away with more stuff especially if they know the right people since they've worked with some of the same people who are in position to help them.

As someone who is a close relative of Jarrod's, I would like to publicly state these charges and the trial were a travesty of justice. He was not adequately represented by his counsel; the very high priced attorney never had a computer expert at the hearing and didn't even show up himself. Jarrod was basically fed to the wolves. The public defender was not much better. He was given a sentence that was extremely harsh, and to a man who feels he has lost everything,denying the appeal was the final straw. This case was decided on a technicality. If anyone has any ideas on where we should go next, please post them here. For someone to stay in prison until 2021 for sending some pictures when murderers practically go free is just not right. Jarrod didn't hurt anyone but himself.