PowerPoint and the Attorney-Client Privilege 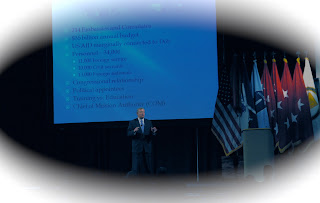 As Wikipedia notes, the attorney-client privilege is “protects certain communications between a client and his or her attorney and keeps those communications confidential.” The applicability of the attorney-client privilege was the issue in Phoenix Law Enforcement Ass’n v. City of Phoenix, 2012 WL 461812 (Arizona Court of Appeals 2012) [hereafter, “PLEA v. Phoenix”].

According to the appellate court’s opinion, this is how this civil case arose:

At the meeting, the PowerPoint was presented and discussed. According to the City, [it] was presented `for the purpose of obtaining legal advice and considering management options based upon that advice.’ Following the meeting, the City contends, Verberg and Edwards `continued to provide legal advice to Chief Harris and [ ] Assistant Chief Yahner’ based on the information from the PowerPoint.

In October 2009, Washington contacted PLEA representative Will Buividas and told Buividas about the meeting and also described the content of the PowerPoint in detail. [Phoenix Law Enforcement Association (PLEA)] contends Washington never indicated to Buividas that the PowerPoint was confidential or made for the purpose of seeking legal advice.

The City filed a motion to dismiss PLEA’s complaint, arguing that the PowerPoint was protected by the attorney-client privilege and was therefore not subject to disclosure under the state public records law. PLEA v. Phoenix, supra. On September 8, 2010, the Superior Court judge granted the City's motion to dismiss and PLEA appealed. PLEA v. Phoenix, supra.

The Court of Appeals began its analysis of the issues in the case by noting that Arizona Revised Statutes § 39-121 states that “[p]ublic records and other matters in the custody of any officer shall be open to inspection by any person”. The court also explained that in determining whether § 39-121 applies in a given instance, Arizona courts use a “two-step process”: They first determine “whether the document is a public record.” PLEA v. Phoenix, supra. If they find it is a public record, courts then “perform a balancing test to determine whether privacy, confidentiality, or the best interests of the state outweigh the policy in favor of disclosure.” PLEA v. Phoenix, supra.

The court began its analysis of the first issue by explaining that while “Arizona statutes do not define” the term “public record”, the Arizona Supreme Court provided a definition of the term in Griffis v. Pinal County, 215 Ariz. 1, 156 P.3d 418 (2007). PLEA v. Phoenix, supra. The Griffis court defined a “public record” as

[1] one `made by a public officer in pursuance of a duty, the immediate purpose of which is to disseminate information to the public, or serve as a memorial of official transactions for public reference’;

[2] a record that is `required to be kept, or necessary to be kept in the discharge of a duty imposed by law or directed by law to serve as a memorial and evidence of something written, said or done’; or

[3] any `written record of transactions of a public officer in his office, which is a convenient and appropriate method of discharging his duties, and is kept by him as such, whether required by . . . law or not.’

satisfy the first or second definitions because `its content was not intended for the public’ and PLEA failed to direct the court to `any legal requirement that a record of the meeting, or documents discussed at it, be kept.’ The court noted that `the third definition might be satisfied’ because PPD officials might have created the PowerPoint as a ‘”convenient and appropriate method of discharging” their duty to present the information to their superiors.’

But the court found that because PLEA did not allege `that retention of the PowerPoint itself implicates the discharge of [PPD officials'] duties,’ PLEA could not rely on that definition. Accordingly, the court concluded that it was `not persuaded that the PowerPoint is a public document at all.’

The Court of Appeals found that while the “the Griffis . . . definition provides a useful starting place for evaluating whether a document is a public record, the superior court erred by construing the definition of a public record too narrowly”. PLEA v. Phoenix, supra. It explained that in this case it was “uncontested” that the PowerPoint was

(1) created by PPD employees, (2) to be presented to City officials, (3) for the governmental purpose of “considering management options” based on legal advice. Accordingly, the PowerPoint was clearly a reasonably necessary or appropriate means of maintaining an accurate knowledge of PPD's official activities within the meaning of § 39–121. . . .

Furthermore, the PowerPoint also falls under § 39–121. . . because it was created by PPD employees and presented to City officials, thus constituting a record of PPD's `activities which are supported by monies from the state.’ Therefore, we find the PowerPoint bears `a “substantial nexus” to government activities’ and comes within the threshold definition of a `public record.’

Citing [Arizona Revised Statutes § 12-2234], PLEA argues the attorney-client privilege only protects an attorney from being examined as to his communications with his client, but does not shield the client from being questioned about the same communications.

PLEA contends that because subsection A of the statute states that `an attorney shall not . . . be examined as to any communication made by the client to him, or his advice given thereon in the course of professional employment,’ the privilege only prohibits the questioning of the attorney but allows questioning of the client.

The Court of Appeals rejected PLEA’s argument and held that under Arizona law,

PLEA then argued that the PowerPoint was “merely a collection of facts, which individually are not subject to privilege protection and therefore should not be protected as an amalgamation.” PLEA v. Phoenix, supra. The Court of Appeals agreed that “the facts a client communicates to his lawyer are not protected from disclosure in civil litigation,” but explained that the attorney-client privilege allows the client to refuse to disclose what facts he discussed with his attorney.” PLEA v. Phoenix, supra.

In this case we deal with circumstances more similar to the latter situation than the former. In other words, we have no doubt that in a civil action, City representatives could not . . . decline to disclose facts simply because they were mentioned in the PowerPoint.

At issue here, however, is the City's obligation to allow inspection of the PowerPoint under the public records law, not [its] obligation to disclose facts in a civil litigation. If the PowerPoint is a privileged communication, it is not subject to inspection under the public records law even if it contains nothing more than facts.

The Court of Appeals then explained that in this case, it was undisputed that

Washington disclosed the existence of the PowerPoint and PLEA contends he described its content in detail. This disclosure appears to be inconsistent with the intent to treat the PowerPoint as a confidential communication.

Thus, despite the City's assertion that the PowerPoint was made in confidence for the purpose of securing legal advice and has at all times been treated as confidential by [PPD],’ PLEA has presented at least enough facts to raise an issue regarding whether the City and City officials present at the meeting actually intended to treat the PowerPoint as a confidential communication.

While PLEA raised this issue while the case was before the Superior Court judge, he or she “did not make any factual or legal determination on the issue,” which meant there was nothing for the Court of Appeals to review. PLEA v. Phoenix, supra. It therefore explained that in the

absence of further information in the record, we cannot determine whether the PowerPoint was intended to be treated as a confidential communication. Thus, we remand the issue to the superior court to determine whether the evidence supports PLEA's argument that the City failed to treat the PowerPoint as a confidential communication and thereby lost the protection of the attorney-client privilege.

Posted by Susan Brenner at 7:16 AM