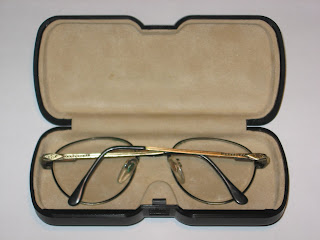 As I’ve explained in earlier posts, the rules of evidence applicable in every state and in the federal judicial system bar the use of certain types of evidence, such as “hearsay.”

Rule 801(c) of the Federal Rules of Evidence defines hearsay as “a statement, other than one made by the declarant while testifying at the trial or hearing, offered in evidence to prove the truth of the matter asserted.” As Wikipedia notes, the law in every U.S. state has a similar provision. Rule 802 of the Federal Rules of Evidence (and comparable state provisions) says hearsay “is not admissible unless provided by these rules”.

Why is hearsay excluded (except if it comes within certain exceptions)? It’s a matter of common sense and fairness.

If hearsay weren’t excluded, John Doe could take the stand and say Jane Doe told him the defendant – Richard Roe – who’s on trial for murder confessed to the whole thing. That puts Roe in a really bad place: If the jury believes what John says – that Jane heard Roe confess to the murder for which he is on trial – they’re almost certainly going to convict him (unless he’s arguing self-defense, say). Roe can use cross-examination to try to show John is a liar or is mistaken or is insane or otherwise can’t be believed, but neither he nor his lawyers can do much with Jane because she isn’t there . . . she’s a declarant who isn’t testifying at the trial.

That brings us to Black v. State, __ S.W.3d __, 2012 WL 117970 (Texas Court of Appeals 2012). After Thomas Black was convicted of possessing “at least four grams of methamphetamine but less than 200 grams, with the intent to deliver”, he appealed. Black v. State, supra. He raised several issues on appeal, but we’re only concerned with one of them; to understand the issue, it’s necessary to understand how it arose:

a laptop bag and a glasses case, which Owens and Laci identified as [Black’s]. In the laptop bag, officers found [Black’s] identification, a small baggie of marijuana, and a piece of paper with numbers written on it.

They found several baggies containing methamphetamine in the glasses case. . . .

[T]he baggies found in the glasses case contained a combined total of sixteen grams of methamphetamine.

The officers arrested [Black] and searched him. In their search of his person, they found a cell phone.

The officers seized the cell phone and, after getting a warrant, searched its contents:

The phone showed outgoing text messages to one number that said,

`no, cause he has to come from denton, and Id only be makin 3 an oz. plus you only have to take half as much”’;

and`Its gonna take him 45 to an hour to drive to your house from Denton’;

and another outgoing text message to `Crystal’ stating, `John just got here, let me know if you still need that pretty quick, before he leaves Denton.’

The phone had incoming text messages that said, `I got a trick right now so yeah but dnt no how much’; `Can u hook me up for 140? do u hav a ride?’; `Can you charge me fifteen an oz’; and `I have your money and want 2 i have 55.’ The phone also had stored photographs of what looked like methamphetamine.

The prosecution introduced the text messages into evidence at trial over Black’s objection. Black v. State, supra. At trial, Black argued that the messages were inadmissible hearsay because

`number one, it's unreliable. We don't know, number one, who is sending those text messages. It doesn't identify the person talking. We can't just assume that it's the Defendant, and it's definitely offered to prove the truth of the matter asserted, so it's a hearsay statement I don't have any way of cross-examining. Number one, I don't know who is receiving it, and I don't know who sent it. . . .’

`How could it not be offered for the proof of the matter asserted? We don't know who's sending those. We can't just assume that he is just because he was the person that was found with it in his possession at the time of the arrest.’

The Court of Appeals found that Black was really raising two issues: “hearsay and authentication” of the evidence. Black v. State, supra. As I’ve noted in earlier posts, to be admissible evidence must be “authenticated,” i.e., must be shown to be what the proponent (the party offering it into evidence) claims it is. Here, the court found that Black was challenging the authenticity of the text messages for two reasons: “no showing of who sent the messages and no showing of who received the messages.” Black v. State, supra.

The Court of Appeals rather cursorily rejected his authenticity challenge, noting, first, that he did not cite any cases that supported his position. Black v. State, supra. It then offers these comments:

This court is sympathetic with [Black’s] position in trying to find law directly on point, given the speed with which technology has changed. To guide parties in raising and preserving such issues, courts are going to have to determine at some point whether a cell phone is akin to a computer, a file cabinet, a personal notebook or diary, or something else, and the rules of evidence should be modernized. But [Black] does not challenge the technology.

The Court of Appeals then took up Black’s hearsay arguments, which focused on two types of evidence obtained from the cell phone: images found on the phone and the text messages noted above. Black v. State, supra. It noted that the images fell into two categories:

[T]o the extent that the State offered any of the photographs of the images from the cell phone for some purpose other than the truth of the matter asserted, then such evidence was not hearsay. Further, the screensaver picture of what appeared to be methamphetamine was not a statement; it was therefore not hearsay.

Black v. State, supra. (If you check Federal Rule of Evidence Rule 801, quoted above, you’ll see hearsay is a statement that is offered for the truth of the matter asserted.)

The Court of Appeals reached a very different conclusion as to the text messages:

[A]s to the remaining images from the cell phone, what the police viewed were clearly messages. A police officer could testify that she saw a message on the cell phone screen. The ticklish question is the degree to which the officer could properly describe the message.

The text messages here purport to be expressions of a desire to engage in a drug transaction. This is a drug case. We therefore disagree with the State that the text messages were not offered for the truth of the matter asserted.

Further, because a person (although not identified in court) generated each text message -- that is, the contents of the messages were produced by human thought and action -- the messages are not computer-generated data and therefore not classified as nonhearsay. We consequently conclude that they are hearsay.

Since the messages were hearsay, they were not admissible unless, as I noted earlier, they fell into one of the exceptions to the default rule barring the use of hearsay.

Black v. State, supra. The Court of Appeals found that

The court then explained that since the admission of the messages did not violate Black’s constitutional rights, it was

The Court of Appeals then considered whether the admission of the messages was reversible error:

Ignoring the inadmissible cell phone messages and the characterization of them as `drug messages,’ the fact that [Black] possessed the cell phone was admissible. The fact that drug dealers use cell phones was also admissible. Further, the police found [Black’s] identification in the computer bag. The baggies of methamphetamine in the eyeglasses case themselves provided evidence that the drugs were packaged to sell.

We also point out that the corroboration goes only to [Black’s] nexus to the methamphetamine. The methamphetamine itself was properly admitted, and [Black’s] trial counsel specifically stated that he had no objection to its admission.

in the context of the entire case against [Black], the erroneous admission of the hearsay text messages from the cell phone and their characterization as `drug messages’ did not have a substantial or injurious effect on the jury's verdict and did not affect his substantial rights. Thus, we disregard the error.

Since the court also rejected the other arguments he made in appealing his conviction, it affirmed the conviction. Black v. State, supra.

Posted by Susan Brenner at 1:46 PM