BitTorrent, Copyright and the Third-party Subpoena 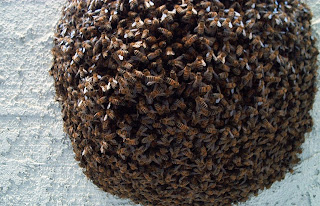 As this site notes, a third-party subpoena is a subpoena served by one of the parties in a civil or criminal case on someone who is not directly involved in the case. This post is about a case in which a federal district court judge was asked to “quash.” As this site explains, a "`motion to quash’ is a request that a judge nullify or cancel” a subpoena, including a third-party subpoena.

That brings us to K-Beech, Inc. v. Doe, 2012 WL 262722 (U.S. District Court for the Eastern District of Pennsylvania 2012). As the opinion notes, K-Beech, Inc. brought an “action against a single `John Doe defendant, identified only by his internet protocol (`IP’) address, for direct and contributory copyright infringement of a motion picture called Virgins 4.” K-Beech, Inc. v. Doe, supra. As Wikipedia explains, John Doe, or “fictitious defendants”, are real individuals whom a plaintiff believes he/she/is has a

cause of action against in a lawsuit who . . . cannot be identified by the plaintiff before a lawsuit is commenced. As the statute of limitations for many [causes of action] . . . is generally very short, plaintiffs . . . often use contrived names in the title of proceedings (most commonly `John Doe’ . . .) and identify the person's role in the lawsuit in the body of the pleading. Generally, this tactic preserves the limitation period and . . . the plaintiff can later substitute the real name of the defendant once it is learned during the discovery process.

That is basically what K-Beech, Inc. seems to have done in this case. It submitted an

application for copyright registration of Virgins 4 with the U.S. Copyright Office on April 22, 2011. . . . Defendant allegedly downloaded and distributed the work through BitTorrent, a peer-to-peer file-sharing technology that allows a `swarm’ of users to download and upload pieces of a file from each other simultaneously and reassemble the pieces into a complete copy of the file. . . . K–Beech hired an investigator to identify the IP addresses involved in a swarm that was distributing Virgins 4 and determined Defendant was a participant in the swarm as of May 26, 2011. . . .

K–Beech filed this action on November 14, 2011, along with separate actions against other members of the swarm. With the Court's permission, K–Beech then served a third-party subpoena on Defendant's ISP prior to a Rule 26(f) conference to obtain the name and contact information associated with Defendant's IP address.

The Complaint K-Beech filed to initiate the suit explains how it identified John Doe as one of the participants in the swarm:

34. Plaintiff retained IPP, Limited (`IPP’) to identify the IP addresses that are being used by those people that are using the BitTorrent protocol and the internet to reproduce, distribute, display or perform Plaintiff's copyrighted Work.

36. IPP extracted the resulting data emanating from the investigation, reviewed the evidence logs, and isolated the transactions and the IP addresses associated therewith for the file identified by the SHA-1 hash value of FB4FAOOEBAA9E332B559C1BD36EB5197A96C6541 (the `Unique Hash Number’).

37. The IP addresses, Unique Hash Number and hit dates show Defendant had copied a piece of Plaintiffs copyrighted Work identified by the Unique Hash Number, and was distributing it to other peers in a BitTorrent swarm on:

38. Through the transaction(s), the Defendant's computer used its IP address to connect to the investigative server from a computer in this District in order to transmit a full copy, or a portion thereof, of a digital media file identified by the Unique Hash Numbers.

39. IPP's agent analyzed each BitTorrent `piece’ distributed by Defendant verified that re-assemblage of the piece(s) using a BitTorrent Client results in a fully playable digital motion picture of the Work.

40. IPP's agent viewed the Work side-by-side with the digital media file that correlates to the Unique Hash Numbers and determined that they were identical, strikingly similar or substantially similar.

Earlier in the Complaint, K-Beech, Inc. alleges that

8. An IP address is a number that is assigned by an Internet Service Provider (an `ISP’) to devices, such as computers, that are connected to the Internet.

At some point, John Doe “learned of the subpoena through a letter from his ISP and filed a motion to quash . . . the subpoena,” which this judge denied. K-Beech, Inc. v. Doe, supra. John Doe then asked the judge to “reconsider the denial of his motion in light of a recent opinion from another judge in this District, which held that a pending copyright registration application is insufficient to make out a prima facie case of copyright infringement.” K-Beech, Inc. v. Doe, supra.

The judge began his opinion by noting that a motion seeking reconsideration of a ruling “may be granted only if: 1) there has been an intervening change in the controlling law; 2) new evidence has recently become available; or 3) it is necessary to correct a clear error of law or to prevent manifest injustice.” K-Beech, Inc. v. Doe, supra. He explained that in deciding whether to

permit a copyright owner to serve a subpoena on an ISP to discover an alleged infringer's true identity [courts] `have considered a variety of factors to weigh the need for disclosure against First Amendment interests,’ including whether there is `a concrete showing of a prima facie claim of actionable harm.’ Sony Music Entm't Inc. v. Does 1–40, 326 F.Supp.2d 556 (U.S. District Court for the Southern District of New York 2004).

In the motion for reconsideration, [John Doe] claims that K–Beech failed to show actionable harm because a pending copyright registration application alone does not support a prima facie claim of infringement. [He] relies on the language of 17 U.S.C. § 411(a), which provides that `no civil action for infringement of the copyright in any United States work shall be instituted until preregistration or registration of the copyright claim has been made in accordance with this title.’

According to the judge, courts are split over the correct interpretation of § 411(a):

Since “there is no binding precedent on point,” the judge found that the U.S. Court of Appeals for the 9th Circuit’s “post-Muchnik decision in Cosmetic Ideas, Inc. v. IAC/Interactivecorp., 606 F.3d 612 (9th Cir 2010). He explained that the Cosmetic Ideas case involved a copyright owner who sued for infringement while its

The judge also noted that under the current

copyright regime, an expressive work enjoys copyright protection even before registration; registration is merely a prerequisite to bringing an infringement action. . . . Moreover, § 411(a) permits an infringement suit to proceed even if the Copyright Office refuses registration, as long as the Register of Copyrights is notified of the suit. . . .

The registration approach thus forces parties to delay filing suit until the Copyright Office has accepted or rejected their registration, even though they will ultimately be able to sue either way. . . . This . . . could lead to the three-year statute of limitations for copyright infringement actions expiring before the Copyright Office has acted on an application. . . .

This possibility is difficult to reconcile with 17 U.S.C. § 410(d), which provides that, once a copyright registration has been approved, the effective date of registration is the day all necessary application materials were submitted. The application approach avoids unnecessary delay without diminishing the incentive to register. . . .

the application approach is both permissible under the plain language of the statute and preferable as a matter of public policy. As K–Beech meets the registration requirement of § 411(a), this case is properly before the Court, and the Court will not quash the subpoena served on [John Doe’s] ISP.

Posted by Susan Brenner at 8:39 AM

You should probably do an article about this, in the interests of completeness.

Judge blasts personal-injury lawyer for running P2P "shake down". A federal judge demanded that K_Beech attorney show cause for why he should not be sanctioned by the court for running a “shake down” on the anonymous BitTorrent defendants.

This is a very interesting article regarding copyrighting on the Internet. Since there are a lot of ways to acquire copyrighted materials because of technology, many are confused regarding what constitutes piracy. This case is a classic example.