The 4th Amendment, Cameras and “Containers” 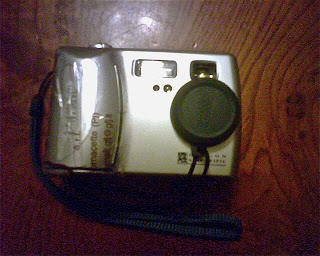 Issues concerning the violation and/or applicability of the 4th Amendment usually arise in criminal cases, as the result of the defendant’s filing a motion to suppress evidence. But, as I’ve noted in earlier posts, issues concerning the violation of the 4th Amendment (and/or other constitutional provisions) can also arise when someone brings a civil rights suit – under 42 U.S. Code § 1983 – alleging that their constitutional rights were violated by police activity. If you’d like to read more about § 1983 suits, check out Wikipedia’s entry on the history and current applicability of 42 U.S. Code § 1983.

As that preface probably suggests, this post examines a case in which a court was required to determine if a man’s 4th Amendment rights were violated by police conduct. The case is Schlossberg v. Solesbee, 2012 WL 141741 (U.S. District Court for the District of Oregon 2012), and it arose from Joshua Schlossberg’s lawsuit alleging that “Eugene Police Sergeant Bill Solesbee violated his 4th Amendment rights by arresting him without probable cause, using excessive force against him, and searching his camera without a warrant.” Schlossberg v. Solesbee, supra.

The opinion does not detail the facts that led to the case because, as the judge notes, “[t]he parties are well versed in the events giving rise to this litigation”. Schlossberg v. Solesbee, supra. The judge, therefore, only discusses facts that are

The judge then explains that this “case joins the growing stockpile of cases around the country which force courts to consider the warrantless police search of personal electronic devices incident to arrest.” Schlossberg v. Solesbee, supra. He notes that “[a]s the parties point out, neither the United States Supreme Court nor the [U.S. Court of Appeals for the] 9th Circuit have squarely considered this issue.” Schlossberg v. Solesbee, supra. As Wikipedia explains, federal district courts in Oregon are within the appellate jurisdiction of the 9th Circuit, which means they are directly bound by decisions of the U.S. Supreme Court and the 9th Circuit. In deciding an issue, they can also consider decisions from other courts, though those decisions are not binding on them.

One more bit of preface: As I’ve noted in earlier posts, search incident to arrest is a valid exception to the 4th Amendment’s warrant requirement. Wikipedia also explains what this exception is and how, and when, it applies to justify a search or seizure. To be valid, a search incident to arrest has to remain with the scope of the exception, which lets an officer search the “person” of the arrestee (i.e., clothing, pockets, etc.) and any items – “containers” – the person is carrying. As the judge in this case explained, in

U.S. v. Finley, the 5th Circuit [Court of Appeals] found Finley's cell phone was analogous to a closed container found on his person and upheld the . . . search of his cell phone incident to arrest. . . . The Finley court noted that in U.S. v. Robinson, [414 U.S. 281 (1973)], the Supreme Court held that the scope of a search incident to arrest is not determined simply by the need to preserve evidence from destruction or ensure officer safety.

Thus, under Robinson, so long as the arrest is lawful, no additional justification is necessary to search an arrestee's person for evidence. In . . . extending the search incident to arrest exception to a search of a cell phone's contents, the 5th Circuit reasoned that a cell phone is indistinguishable from any other container to which Robinson might apply.

He also noted, however, that other courts have taken a different view:

The Park court specifically stated that while cell phones might contain information similar to that contained in a wallet, the quantity and quality of the information contained on an electronic device distinguished such devices from other devices associated with a person.

Schlossberg v. Solesbee, supra. The Park court noted that once the officers seized the defendants’ cell phones, they could have gotten a warrant to search them, which meant the search incident exception wasn’t appropriate in that situation. U.S. v. Park, supra.

The Schlossberg judge also noted that the

Ohio Supreme Court similarly rejected the 5th Circuit's reasoning in Finley, finding that `a cellphone is not a closed container for purposes of a 4th Amendment analysis' and that a cell phone's `ability to store large amounts of private data gives their users a reasonable and justifiable expectation of a higher level of privacy in the information they contain.’ [State v. Smith, 920 N.E.2d 949 (Ohio Supreme Court 2009.] Therefore, once police have seized a cell phone, they must obtain a warrant to search its contents. [State v. Smith, supra.]

The judge then explained that he found the reasoning in

Smith and Park persuasive. Courts which have likened electronic devices such as cell phones to closed containers fail to consider both the Supreme Court's definition of `container’ and the large volume of information capable of being stored on an electronic device. In New York v. Belton, [453 U.S. 454 (1981], the Supreme Court stated that `container’ means `any object capable of holding another object.’ . . .

Electronic devices do not store physical objects which are in plain view once the containers are opened. Moreover, the storage capability of an electronic device is not limited by physical size as a container is. In order to carry the same amount of personal information contained in many of today's electronic devices in a container, a citizen would have to travel with one or more large suitcases, if not file cabinets.

The judge noted that cases that apply the reasoning in “Finley and other cases allowing warrantless searches of electronic devices incident to arrest set forth a new rule: any citizen committing even the most minor arrestable offense is at risk of having his or her most intimate information viewed by an arresting officer.” Schlossberg v. Solesbee, supra. He found that the facts in Newhard v. Borders, 649 F.Supp.2d 440 (U.S. District Court for the Western District of Virginia 2009) illustrated this proposition:

As you may have already guesses, the judge in this case did not agree. He noted that it i

is inexplicable as well as inconsistent with the privacy interest at the core of the 4th Amendment that many courts now allow officers to conduct warrantless searches of electronic devices capable of holding large volumes of private information which may or may not have any relevance to the arrest offense.

personal electronic devices such as cameras and cell phones cannot be considered closed containers, I must consider how they should be classified. As discussed above, these devices are capable of holding large volumes of private information and legitimate concerns exist regarding the effect of allowing warrantless searches of such devices.

The judge then outlined his holding in this case, noting that individuals have a 4th Amendment expectation of privacy in “[e]lectronic devices such as [Schlossberg’s] digital camera” because they

hold large amounts of private information, entitling them to a higher standard of privacy. I find that warrantless searches of such devices are not reasonable incident to a valid arrest absent a showing that the search was necessary to prevent the destruction of evidence, to ensure officer safety, or that other exigent circumstances exist.

A primary goal in search and seizure law has been to provide law enforcement with clear standards to follow. In sum because an electronic device like a camera has a high expectation of privacy in its contents, an officer may not review the contents as a search incident to arrest. Instead, the officer must obtain a warrant unless exigent circumstances exist.

The judge therefore held that “Solesbee violated the 4th Amendment when he viewed the contents of [Schlossberg’s] camera without first obtaining a warrant.” Schlossberg v. Solesbee, supra.