The Laptop, the Seizure and the Plain View Doctrine 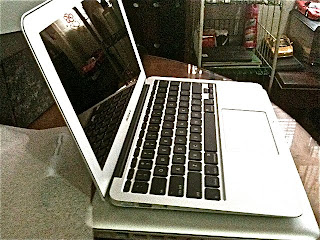 To be “reasonable” a search or seizure must be conducted either (i) pursuant to a valid search warrant issued by a state or federal magistrate or (b) pursuant to an exception to the search warrant requirement, such as consent. As the U.S. Supreme Court noted in Texas v. Brown, 460 U.S. 730 (1983), the plain view doctrine, which we’ll be dealing with in this post, isn’t “an independent `exception” to the warrant [requirement],” but is “better understood” as “simply as an extension of whatever the prior justification for an officer's `access to an object’ may be.”

This is how I explain the plain view doctrine to my students: Assume police have a warrant to go to John Doe’s home and search for a stolen safe (a small one). They enter his home – which is lawful, since they have the warrant and it authorizes them to do this – and start to look around for the safe. On a table in the living room they see a package of what they immediately recognize as cocaine. The search warrant is for a safe and, as such, it does not authorize them to seize the cocaine, even though they have probable cause to believe it is contraband.

This is where the plain view doctrine comes in: It says that if police are at a lawful 4th Amendment vantage point – i.e., have the right to be where they are – and from that vantage point they can see something and it is “immediately apparent to them” that it is evidence of a crime, they can seize it. The Supreme Court has said that the search warrant protects the person’s privacy, so the only incremental intrusion on a 4th Amendment interest is the intrusion on possession when the officers seize the evidence they have observed, the cocaine in this example.

On June 8, 2011, a special agent with the Federal Bureau of Investigations (Agent Spears) and a Raleigh Police Detective (Detective Boyce) executed an arrest warrant for [Camp] at his place of business. During [Camp’s] arrest, Agent Spears saw [his] laptop computer on [Camp’s] desk and seized the laptop during the arrest of [Camp]. Subsequently, on June 27, 2011, Agent Spears applied for and received a warrant to search [Camp’s] laptop computer.

I’m assuming Spears found evidence on the laptop that the government wanted to use in prosecuting Camp on the crimes outlined above because Camp subsequently filed a motion to suppress “the seizure and subsequent search of [his] laptop computer.” U.S. v. Camp, supra.

Camp’s first argument for suppressing the evidence was that

when Agent Spears and Detective Boyce entered [his]office on June 8, 2011, the officers did not possess a search warrant that would have encompassed the laptop computer, and because no exception to the warrant requirement existed, the seizure of the laptop computer at the time of [Camp’s] arrest was in violation of the 4th Amendment and the laptop and its contents should therefore be suppressed.

The district court judge who has this case began his analysis of that argument by outlining the applicable law:

`[S]eizures of property are subject to Fourth Amendment scrutiny even though no search within the meaning of the Amendment has taken place.’ Soldal v. Cook Cnty., Illinois., 506 U.S. 56 (1992). Law enforcement officers may seize evidence in plain view if `(1) the seizing officer is lawfully present at the place from which the evidence can be plainly viewed; (2) the seizing officer has a lawful right of access to the object itself; and (3) the object's incriminating character is immediately apparent.’ U.S. v. Williams, 592 F.3d 511 (4th Cir. 2010). . . .

U.S. v. Camp, supra. He also explained that, as noted above, under the Supreme Court’s decision in Texas v. Brown, supra, “an officer need not `know’ that an item is contraband or evidence of a crime, but rather must have probable cause to believe that the object is associated with the criminal activity.” U.S. v. Camp, supra.

[h]ere, Agent Spears and Detective Boyce were lawfully in [Camp’s] office pursuant to an arrest warrant. [His] laptop was on [Camp’s] desk in his office, in plain view of law enforcement.

It was the only computer visible to law enforcement in [his] office. Agent Spears, an investigating agent on [Camp’s] case, knew that [Camp] had used a computer as an instrumentality of the fraud [he] was being charged with and had been made aware by a reliable witness that [Camp] utilized a laptop computer for business activities.

Because Agent Spears had probable cause to believe that [Camp’s] laptop was associated with [his] criminal activity, the seizure of the laptop computer in [Camp’s] office was pursuant to a valid exception to the warrant requirement.

The judge appends a footnote to that last statement, in which he says Camp’s

As I’ve noted in earlier posts, search incident to arrest is an exception to the 4th Amendment’s warrant requirement. And as Wikipedia notes, this exception lets an officer search the “person” of the arrestee (e.g., pockets, clothing) and the area immediately around the person (which is often referred to as the “lunge” areas). So Spears apparently assumed that the search incident exception justified his seizing the laptop; for it to do so, the laptop would had to have been in the immediate area in which the arrest was made.

This judge apparently didn't think the search incident exception authorized the seizure of the laptop, because he follows the comments quoted above with this observation:

Because the Court has found that a valid exception to the warrant requirement existed when Agent Spears seized the laptop, it is inapposite whether the Agent correctly identified his justification for seizing the laptop while arresting [Camp] in his application for a search warrant.

Since the judge found that the plain view doctrine – not the search incident exception – justified the seizure of the laptop, he also found it necessary to point out that what the agent did came within the parameters of the doctrine. As Wikipedia notes, the plain view doctrine only allows officers to seize contraband or evidence of a crime; it does not justify searching for contraband or evidence of a crime. The judge, therefore, also noted that

Camp also argued that the evidence obtained from his laptop should be suppressed because “the agent's affidavit failed to establish probable cause in the application for a search warrant.” U.S. v. Camp, supra.

As I’ve noted before, to obtain a search warrant an officer submits an application for the warrant that includes information establishing probable cause to believe the search will locate evidence or contraband. To show probable cause, officers can provide oral testimony but they usually include an affidavit – a written statement under oath – to establish some/all of the information needed to show probable cause; you can find an application and affidavit here, if you’d like to see one.

The state or federal magistrate who is being asked to issue the search warrant reviews all this and then decides whether, “`given all the circumstances set for in the affidavit . . . there is a fair probability that contraband or evidence of a crime will be found in a particular place.’” U.S. v. Camp, supra (quoting Illinois v. Gates, 462 U.S. 213 (1983)).

In support of his application for a warrant to search [Camp’s] laptop computer, Agent Spears provided the magistrate with a sworn affidavit detailing the bases of his probable cause to believe that the laptop would contain evidence of [Camp’s] crimes.

Agent Spears detailed his history and experience as an FBI agent, the basis of his belief that evidence of [Camp’s] alleged crime would be contained on the laptop computer, and [Camp’s] specific activities that would have caused evidence of [Camp’s] alleged crimes to be contained on the laptop computer. Having considered the application for a search warrant in full, the Court finds that the magistrate had a substantial basis for concluding that probable cause existed.