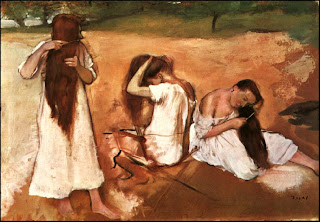 After being charged with, and convicted of, “one count of theft of public money and four counts of making false statements”, filed a motion for a new trial. U.S. v. Davis, 2012 WL 194094 (U.S. District Court for the District of New Jersey 2012).

This, according to the federal district court judge’s opinion, is how Davis came to be charged with these crimes:

Between 1985 and 2006, Davis lived at Betty Shabazz Village, a low-income housing project in Newark managed by the Housing Authority of the City of Newark (NHA). Using grants from the United States Department of Housing and Urban Development (HUD), the NHA provides rent subsidies and utility credits to low-income residents of its housing projects.

During the time that she lived at Betty Shabazz Village, Davis worked at the United States Attorney's Office and the U.S. Immigration and Naturalization Service, but never disclosed her employment to the NHA. Between 1997 and May 2006, she represented to the NHA that she worked as a hair stylist at `City Coiffs,’ earning $185 per week.

From January 2006 to August 2006, Davis submitted altered earning statements to the NHA. The statements, while in Davis's name, actually contained the earnings information of a part-time employee of the United States Attorney's Office.

After noting the factual basis for the charges against Davis, the judge outlined the standard of review he was to apply in ruling on her motion for a new trial:

A district court, `[u]pon the defendant's motion . . . may vacate any judgment and grant a new trial if the interest of justice so requires.’ Federal Rules of Criminal Procedure Rule 33(a). The [U.S. Court of Appeals for the 3d Circuit] has explained that a `district court can order a new trial on the ground that the jury's verdict is contrary to the weight of the evidence only if it believes that there is a serious danger that a miscarriage of justice has occurred -- that is, that an innocent person has been convicted.’ U.S. v. Brennan, 326 F.3d 176 (3d Cir. 2003).

`Unlike an insufficiency of evidence claim, the [district] [c]ourt does not evaluate the evidence in the light most favorable to the Government; rather, on a Rule 33 motion, the [district] [c]ourt exercises its own judgment in assessing the government's case.’ U.S. v. Johnson, 302 F.3d 139 (3d Cir. 2002). `A court must grant a motion for a new trial when a reasonable possibility exists that “a trial error had a substantial influence on the verdict.”’ U.S. v. Hamilton, 2010 WL 1027412 (U.S. District Court for the District of New Jersey 2010) (quoting Government of Virgin Islands. v. Commissiong, 706 F. Supp. 1172 (U.S. District Court for the District of the Virgin Islands1989)).

Davis made a number of arguments in an attempt to persuade the judge to order a new trial, but we’re only concerned with one of them. U.S. v. Davis, supra. The issue we’re going to examine is Davis’ argument that “the interest of justice” required a new trial because this judge “erred in ruling on several evidentiary issues”, one of which involved the testimony of a “government computer witness.” U.S. v. Davis, supra.

Before addressing Davis’ arguments, the judge pointed out that the U.S. Court of Appeals for the 3d Circuit, the rulings of which are binding on federal district courts in New Jersey, “grants district courts broad latitude in ruling on a motion for new trial.” U.S. v. Davis, supra. So, he had “`great discretion’” in ruling on the motion for a new trial, which meant that his ruling would “`not be disturbed on appeal absent a finding of abuse.’” U.S. v. Davis, supra (quoting Link v. Mercedes-Benz of North America, Inc., 788 F.2d 918 (3d Cir. 1986)).

The judge then addressed Davis’ argument that the trial judge erred in allowing the testimony of one of the witnesses for the prosecution. U.S. v. Davis, supra. He explained that

Patrick Reynolds was a witness for the government who was an information technology specialist at the United States Attorney's Office. Reynolds testified that he conducted a search of Davis's computer and hard drive for evidence related to the NHA fraud.

Reynolds further testified that if a document contained graphic images such as the grid lines of a table, the Wordperfect document might, as did the one in Government Exhibit 13, contain odd formatting including characters and text not in the original scanned document.

Davis argued that the judge

improperly allowed Reynolds to testify as an expert and offered an opinion that was `based on scientific, technical, or other specialized knowledge within the scope of Rule 702’ [of the Federal Rules of Evidence] . . , without qualifying Reynolds as an expert witness and meeting the standards of Rule 702.

To understand why that matters, it’s helpful to understand the difference between an “expert witness” and a “lay witness.” As to the former, Wikipedia explains that an

expert witness . . . is a witness, who by virtue of education, training, skill, or experience, is believed to have expertise and specialised knowledge in a particular subject beyond that of the average person, sufficient that others may officially and legally rely upon the witness's specialized (scientific, technical or other) opinion about an evidence or fact issue within the scope of his expertise, referred to as the expert opinion, as an assistance to the fact-finder. . . .

And another source explains that a lay witness is

The same source notes that the Federal Rules of Evidence, as well as evidence rules in force in many states, let a lay witness express an opinion as long as it is “rationally based” on the witness’ perception of facts and is likely to help the jury (or other finder of fact) understand a fact that is at issue in the case.

That brings us back to U.S. v. Davis. As the judge explains in this opinion, Rule 702 of the Federal Rules of Evidence provides as follows:

`A witness who is qualified as an expert by knowledge, skill, experience, training, or education may testify in the form of an opinion or otherwise if: (a) the expert's scientific, technical, or other specialized knowledge will help the trier of fact to understand the evidence or to determine a fact in issue; (b) the testimony is based on sufficient facts or data; (c) the testimony is the product of reliable principles and methods; and (d) the expert has reliably applied the principles and methods to the facts of the case.’

The judge then rejected Davis’ argument. U.S. v. Davis, supra. He explained that

Reynolds's testimony was proper under Federal Rule of Evidence 701, which provides that `[i]f a witness is not testifying as an expert, testimony in the form of an opinion is limited to one that is: (a) rationally based on the witness's perception; (b) helpful to clearly understanding the witness's testimony or to determining a fact in issue; and (c) not based on scientific, technical, or other specialized knowledge within the scope of Rule 702.’

The 3rd Circuit has held that Rule 701 `does not mean that an expert is always necessary whenever the testimony is of a specialized or technical nature. When a lay witness has particularized knowledge by virtue of her experience, she may testify-even if the subject matter is specialized or technical-because the testimony is based upon the layperson's personal knowledge rather than on specialized knowledge within the scope of Rule 702.’ Donlin v. Philips Lighting N. Am. Corp., 581 F.3d 73 (3d Cir. 2009).

It is well established that opinion as to technical matters may sometimes be appropriate, and the 3rd Circuit has interpreted Rule 701 to require `that a lay opinion witness have a reasonable basis grounded in either experience or specialized knowledge for arriving at the opinion that he or she expresses. . . . Whether a witness is “qualified” to offer opinion testimony is committed to the discretion of the trial court.’ Eichorn v. AT & T Corp., 484 F.3d 644 (3d Cir.2007).

In other words, Davis is arguing that Reynolds was improperly allowed to testify as an expert under Rule 702 of the Federal Rules of Evidence, but the judge is pointing out that simply because he testified about “technical” issues does not mean that he was, n fact, testifying as an “expert.” The judge then explained that

Reynolds testified about the operation of basic commercial software programs such as Wordperfect and Adobe Acrobat used in the United States Attorney's Office. As an employee of the Information Technology Department at the United States Attorney's Office for over ten years, Reynolds was intimately familiar with the computer system and software capability of the office and was qualified to offer opinion testimony on this subject.

Reynolds testified about the general capabilities of the software and its ability to scan and convert documents with irregular formatting of the type exhibited by Government Exhibit 13. He was not asked to offer a specific opinion as to whether the document file found on Davis's computer . . . was created using that process -- he was merely testifying as to a hypothetical.

The judge therefore found that Reynolds’ testimony was

permissible because it fell within his personal knowledge based upon his day-to-day knowledge as an employee in the IT department, and because he was testifying about inferences he could draw from the documents, not on whether Davis was guilty of using the computer software to perpetrate her fraud. See U.S v. Polishan, 336 F.3d 234 (3rd Cir. 2003) (`a lay witness testifying about business operations may testify about inferences that he could draw from his perception of a business's records, or facts or data perceived by him in his corporate capacity’).

For this and other reasons, the judge denied Davis’ motion for a new trial. U.S. v. Davis, supra.

Posted by Susan Brenner at 3:56 PM