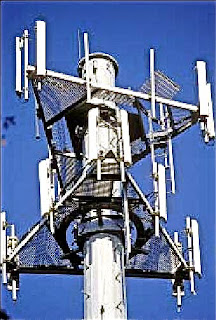 This post examines a recent federal court decision that addressed the issue as to whether the trial court properly let a “lay witness” testify about “how cell phone radio waves reach cell towers.” U.S. v. Kale, 2011 WL 4361531 (U.S. Court of Appeals for the 3d Circuit 2011). (If you’re not familiar with the role radio waves play in cell phone communications, check out the article you can find here.)

a federal grand jury returned a thirteen-count superseding indictment charging [Trance] Kale, along with co-conspirators James Heath, Kerry Young, and Aaron Conquest, with a string of Hobbs Act robberies and related offenses. These charges stemmed from a series of robberies that occurred in November 2008 in Philadelphia.

This is how the cell phone signal issue arose at trial:

On . . . November 11, 2008, Kale and co-conspirators Young and Conquest robbed Davis Pharmacy at gunpoint, stealing a number of prescription drugs, including Oxycontin and Percocet, a briefcase with a laptop computer, and a pharmacist's wallet. During trial, Young and Conquest testified that Kale planned the operation, that he drove them to the pharmacy in his girlfriend's silver Malibu, and carried a .40 caliber handgun.

Although the employees at Davis Pharmacy could not identify Kale, a bystander outside the store testified that he saw three men with guns run out of the pharmacy and jump into a silver car. Moreover, Kale's mother and sister testified before the grand jury that Kale, Young, and Conquest arrived at their home later that morning to announce that they had just conducted a `sting’ of a pharmacy. . . .

Following the `sting’ of Davis Pharmacy, Kale sent a text message to his childhood friend in New Jersey, Joseph Buonanno. Buonanno was addicted to Percocet and Kale offered to sell him the pills they had stolen from the pharmacy. That evening, Kale called Buonanno several times.

Jeff Strohm, a custodian of records at Sprint Nextel Communications (Sprint), testified that Kale's cell phone used signals from a cell tower located in Pennsauken, New Jersey, and that `the biggest indicator’ of which tower has the strongest signal is `distance.’ During closing arguments, the prosecutor reminded the jury of this witness's testimony, stating that Kale's phone `was being used in New Jersey, not just in the State of New Jersey, but in the area of Joseph Buonanno's residence that evening.’ Buonanno, as well as Young and Conquest, also testified that Kale drove to Buonanno's home that evening and sold him 100 Percocet pills for $500.

After Kale was found “guilty of seven of the thirteen counts” in the indictment, he moved for a new trial, “claiming the District Court erred by allowing a non-expert to testify about how cell phone towers operate.” U.S. v. Kale, supra. The district court judge denied the motion and sentenced Kale to 384 months in prison and “a five-year term of supervised release”, along with restitution and a “special assessment” of $700. U.S. v. Kale, supra.

Kale then appealed, claiming the district court judge “erred by allowing a lay witness -- a custodian of records for Sprint -- to testify about how cell phone radio waves reach cell towers.” U.S. v. Kale, supra. As noted above, at trial

Jeff Strohm explained that a “cell phone is constantly searching for the strongest signal” and that the strongest signal is usually determined by `how far away you are from the cell phone tower.’ When Kale's counsel objected, stating that this was expert testimony and a proper foundation had not been laid, the Government explained that the witness `is not offered as an expert, because when you call a cell cite [sic] expert, they testify as to the particular site of the tower that it went off.’

The Court asked the witness whether he had learned this information `from [his] employer,’ and the witness responded that he had. Finding that Strohm was qualified to testify about Kale's cell phone records, the District Court admitted this testimony over Kale's objection.

As Wikipedia notes, an expert witness is a witness

who by virtue of education, training, skill, or experience, is believed to have expertise and specialized knowledge in a particular subject beyond that of the average person, sufficient that others may officially and legally rely upon the witness's specialized . . . opinion about an evidence or fact issue within the scope of his expertise, referred to as the expert opinion, as an assistance to the fact-finder.

In federal trials like this, the admissibility of expert testimony is governed by Rule 702 of the Federal Rules of Evidence, which states that if

scientific, technical, or other specialized knowledge will assist the trier of fact to understand the evidence or to determine a fact in issue, a witness qualified as an expert by knowledge, skill, experience, training, or education, may testify thereto in the form of an opinion or otherwise, if (1) the testimony is based upon sufficient facts or data, (2) the testimony is the product of reliable principles and methods, and (3) the witness has applied the principles and methods reliably to the facts of the case.

The issue before the Court of Appeals, of course, was whether Strohm testified as an expert or as a lay witness, i.e., as a non-expert witness. In ruling on this issue, the Court of Appeals noted that under Rule 701 of the Federal Rules of Evidence,

a lay witness may only offer opinions on subjects `not based on scientific, technical, or other specialized knowledge within the scope of Rule 702.’ [Rule 701(c) of the Federal Rules of Evidence.] In other words, a person may testify as a lay witness only if his opinions or inferences do not require any specialized knowledge and could be reached by any ordinary person.

The Court of Appeals held that the district court judge did not err in admitting Strohm’s testimony:

We agree with the District Court that Strohm's limited discussion of the operation of cell phone towers did not require any `scientific, technical, or other specialized knowledge.’ [Rule 701 of the Federal Rules of Evidence.]

Strohm did not testify as to Kale's precise location when he called Buonanno; as the Government notes, such testimony would have required a technical background. Strohm's testimony, by contrast, consisted entirely of reading and interpreting Kale's cell phone records, including records detailing the locations of cell phone towers used to carry out his phone calls. A person of average intelligence would almost certainly understand that the strength of one's cell phone reception depends largely on one's proximity to a cell phone tower.

Even if this were not common knowledge, Strohm certainly had sufficient training and experience to testify about the operation of Sprint's cell phone towers. Strohm had worked for Sprint for over a year, was trained for four weeks on how to read cell phone records, and interacted regularly with radio frequency engineers.

Thus, he had sufficient `personal knowledge’ of how cell phone towers operate to testify reliably on this subject. [Donline v. Phillips Lighting N.Am. Corp., 581 F.3d 73 (3d Circuit 2009) (`When a lay witness has particularized knowledge by virtue of her experience, she may testify -- even if the subject matter is specialized or technical -- because the testimony is based upon a layperson's personal knowledge rather than on specialized knowledge within the scope of Rule 702’).

The Court of Appeals also found, as an alternative, that

even if the District Court's admission of Strohm's testimony had been erroneous, the error would be harmless. . . . The phone records presented at trial confirmed that Kale sent text messages and called Buonanno several times on the days of the Davis and Haussemann robberies. These contacts are consistent with Buonanno's testimony that Kale offered to sell him Percocet that he had stolen from the pharmacies on those days.

Similarly, Buonanno's statement that Kale arrived with his co-conspirators in a silver car is corroborated by testimony from Young and Conquest that they drove with Kale to New Jersey on November 11, 2008, and by testimony heard throughout the trial that Kale drove his girlfriend's silver Malibu as a getaway car in both robberies. Thus, we would uphold Kale's conviction even if the admission of Strohm's evidence were erroneous.

As that last comment suggests, for these and other reasons, the court affirmed Kale’s conviction. U.S. v. Kale, supra.