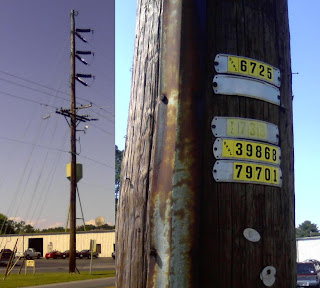 And as I explained in a post I did several years ago, in Kyllo v. U.S., 533 U.S. 27 (2001), the Supreme Court considered when law enforcement’s use of special technology will, and will not, constitute a “search” under the Katz standard. The Kyllo Court held that it is a 4th Amendment “search” (i) to use technology that is not in general public use (ii) to detect information from inside a home. (If you’re interested in my critique of that holding, you can find it in my earlier post.)

And that brings us to the federal government’s investigation of Karen A. Anderson-Bagshaw for various crimes, including mail fraud and false statements. As an opinion by a federal district court judge notes, the government has charged Anderson-Bagshaw, a

former employee of the U.S. Postal Service, with fraudulently procuring disability benefits. The government bases its charges in part on allegations that [she] worked at several small business ventures, including a physically active role in the operation of an alpaca farm in her backyard, while claiming that debilitating back pain made her unable to work.

This post isn’t concerned with the charge, but with Anderson-Bagshaw’s effort to suppress certain video recordings. As the opinion cited above explains, in investigating

whether [she] improperly received disability benefits, the U.S. Postal Service Office of Inspector General (`OIG’) sought to observe the rear of [her] property where an alpaca farm is located. An OIG worker's compensation analyst conducted early drive-by observations, but [her] house obscured the backyard from view, and by dense foliage in the adjacent lot. However, . . . the forested lot next to [her] property was logged and a line of sight opened. . . .

OIG sought and received permission from the Illuminating Company, a local electric services provider, to install a camera on a utility pole outside [Anderson-Bagshaw’s] property but next to [it]. An OIG technical officer furnished the utility company with a box containing a video camera, that could not capture audio footage but could pan, rotate, and zoom. On June 16, representatives from the Illuminating Company hung the box on the utility pole approximately 35 feet above the ground. The Government neither sought or obtained a search warrant before placing the camera.

OIG arranged to stream the video footage through a device installed on June 17, 2009 by employees of WindStream, an internet service provider. With the camera and internet access, the OIG agents could access the camera on a secure server.

Between June 17 and July 10, 2009, the camera recorded footage of the property without interruption. The yard behind [her] house was generally open to be viewed by adjoining property owners and the camera did not view any areas that were not visible from the neighboring lots.

Though the camera enabled OIG agents to view areas behind the house that were not visible from the street, nothing on [her] property obscured the view from neighboring lots. [It] had a wire mesh `pasture fence’ meant to keep the alpacas from straying, but the mesh was functionally transparent and did not obscure the view from ground level. OIG Special Agent Morgano daily checked the video camera feed. She regularly spent three to five hours per day observing the footage and directing the camera's zoom and orientation.

After being charged, Anderson-Bagshaw moved to suppress “video footage recorded by the utility pole camera, claiming the Government's surveillance of her backyard” was an unconstitutional “search” because it was not authorized by a warrant. U.S. v. Anderson-Bagshaw #1. The federal district court judge who has this case rather quickly dismissed Anderson-Bagshaw’s claim that the surveillance violated the 4th Amendment:

Moreover, any subjective expectation of privacy [she] may have had in her open backyard would have been unreasonable. The Supreme Court rejected an invitation to create `a rule of constitutional dimensions’ that backyard conduct `will not be observed by a passing aircraft or a power company repair mechanic on a pole overlooking the yard.’ California v. Ciraolo, 476 U.S. 207 (1986). Those are precisely the circumstances presented here, where the view afforded by the . . . surveillance camera is identical to the view available to the power company's employee responsible for installing it.

Furthermore, the contested area of [her] backyard was clearly visible from either adjoining lot. Law enforcement officials `may see what may be seen’ from vantage points where they have a right to be. Florida v. Riley, 488 U.S. 445 (1989). . . . Silent video surveillance captured under these circumstances is inoffensive to surveillees' Fourth Amendment rights. . . .

[T]he 6th Circuit [Court of Appeals] has long said that exposed backyard areas do not give rise to reasonable expectations of privacy that would trigger Fourth Amendment protections. U.S. v. Bratton, 434 F.2d 51 (6th Cir. 1970) (county sheriff did not violate a moonshiner's 4th Amendment rights in observing a distillery apparatus from over a fence).

The judge then addressed the possibility that Kyllo applied here:

Technology . . . has progressed since the moonshiner's conviction in Bratton, and will continue to present challenges to defendants' 4th Amendment rights as law enforcement officials deploy increasingly powerful surveillance technologies.

`[T]echnological enhancement of ordinary perception from a vantage point’ may present 4th Amendment concerns in cases where sense-enhancing technologies not in general use permit observations `that could not otherwise have been obtained without physical intrusion into a constitutionally protected area.’ Kyllo v. U.S., 533 U.S. 27 (2001).

This case, however, which involves a camera placed on a utility company's property by the company's agents and with permission of the utility, affording observations of an open backyard identical to those available to a curious utility worker with a cheap pair of binoculars, or the disinterested glance of neighbors in either adjoining lot, is not one of them.

footage recorded by the government's pole camera mounted across a neighboring lot must be suppressed because her husband, James Bagshaw, intermittently takes his morning coffee in the nude, and her son was recorded relieving himself near a backyard tree.

The episodes may indicate a subjective expectation of privacy on the parts of James Bagshaw and Donald Anderson, or may just as well indicate a blithe indifference to public exposure. But there is no indication [she] shares either sentiment -- though the absence of any similarly revealing conduct on the part of [Anderson-Bagshaw] suggests she may have been more attentive to the unobstructed view available from the adjoining parcels.

Indeed, [her] counsel has represented that [she] observed the installation of the video camera, knew of its existence, and in fact was billed by the third-party internet company that streamed the surveillance data.

still founders on the objectively reasonable prong of the privacy inquiry. Any subjective expectation, whether held by [Anderson-Bagshaw], her husband, son, or the alpacas, does not transform the transparent fences described at the evidentiary hearing into the type of enclosure that gives rise to a reasonable expectation of privacy.

Finally, the judge held that the duration of the surveillance did not transform it into a 4th Amendment search. U.S. v. Anderson-Bagshaw #2”. He noted that the Supreme Court has yet to decide whether 24-hour surveillance can constitute a 4th Amendment search, but explained that the camera at issue in this case “hardly creates the type of detailed portrait of a single subject's movements that might establish a privacy-implicating mosaic of information. . . . Nor does the remote offsite installation threaten the type of invasiveness at issue in the context of covertly installed indoor cameras.” U.S. v. Anderson-Bagshaw #2”.