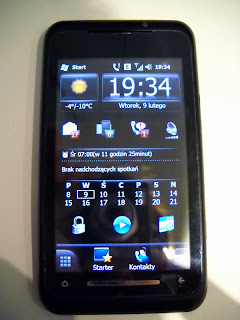 As Wikipedia notes, identity theft is basically “a form of fraud . . . in which someone pretends to be someone else by assuming that person's identity, typically in order to access resources or obtain credit and other benefits in that person's name.” This post is about an identity theft case involving a juvenile and an email password.

[Rolando S.] was one of several recipients of an unsolicited text message providing the password to the victim's email account. [He] used the victim's email password and account to gain access to her Facebook account, where he posted, in her name, prurient messages on two of her male friends' pages (walls) and altered her profile description in a vulgar manner. The victim found out about the messages and informed her father, who removed the messages from her account and later called the police.

Every person who willfully obtains personal identifying information, as defined in subdivision (b) of Section 530.55, of another person, and uses that information for any unlawful purpose . . . without the consent of that person, is guilty of a public offense, and upon conviction . . . shall be punished by a fine, by imprisonment in a county jail not to exceed one year, or by both a fine and imprisonment, or by imprisonment in the state prison.

Section 530.55(b) of the California Penal Code defines “personal identifying information” as:

Rolando S. appealed this determination and sentence, arguing “that because he made no effort to obtain the password, instead passively receiving the text message on his cell phone `without his prior knowledge or consent,’ he did not `willfully’ obtain the victim’s email account password for purposes of the [identity theft] statute.” In re Rolando S., supra. The prosecution focused its argument “on asserting that [Rolando S.] `obtained’ the password, and evidenced his willfulness by using the password, rather than deleting it when he received it.” In re Rolando S., supra.

The Court of Appeals did not agree. It noted, first, that California Penal Code § 7(1) states that “willfully” when “applied to the intent with which an act is done or omitted, implies simply a purpose or willingness to commit the act, or make the omission referred to”. In re Rolando S., supra. The court then found that Rolando S.

In re Rolando S., supra. The court also noted that Rolando S. used the email password

After extensively reviewing legislative history in an attempt to ascertain the extent to which the state legislature intended to limit the scope of “unlawful purpose” as used in Penal Code § 530.5(a), the court found that it “has expressed no intent to limit the scope of `unlawful purposes’ constituting the underlying conduct for an identity theft offense.” In re Rolando S., supra. The court then explained that

[c]rimes are strictly creatures of penal statutes, and require both a prohibited act and a punishment. . . . Our Supreme Court has defined the term `unlawful’ to include wrongful conduct which is not criminal. In determining the scope of the term, it held that an act is `unlawful . . . if it is proscribed by some constitutional, statutory, regulatory, common law, or other determinable legal standard.’ Korea Supply Co. v. Lockheed Martin Corp., (2003) 29 Cal.4th 1134, 131 Cal. Rptr.2d 29, 63 P.2d 93. Under this definition, unlawful conduct includes acts prohibited by the common law or nonpenal statutes, such as intentional civil torts.

California Civil Code § 45 defines “the civil tort of libel” as

a false and unprivileged publication by writing, printing, picture, effigy, or other fixed representation to the eye, which exposes any person to hatred, contempt, ridicule, or obloquy, or which causes him to be shunned or avoided, or which has a tendency to injure him in his occupation.

The Court of Appeals found that (i) libel is “an intentional tort” under California law and (ii) Rolando S. committed libel by publishing material that “clearly exposed the victim to hatred, contempt, ridicule and obloquy with his actions.” In re Rolando S., supra.

While that would have been enough to establish that Rolando S. committed identity theft, the Court of Appeals went one step further. It explained that

[e]ven assuming that a civil intentional tort failed to constitute an `unlawful purpose for purposes of § 530.5, [Rolando S.’s] conduct was sufficient to satisfy § 530.5 based on his conduct constituting a criminal offense under § 653m(a) [of the California Penal Code].

The Court of Appeals therefore affirmed the judgment against Rolando S. because his

Posted by Susan Brenner at 8:52 AM